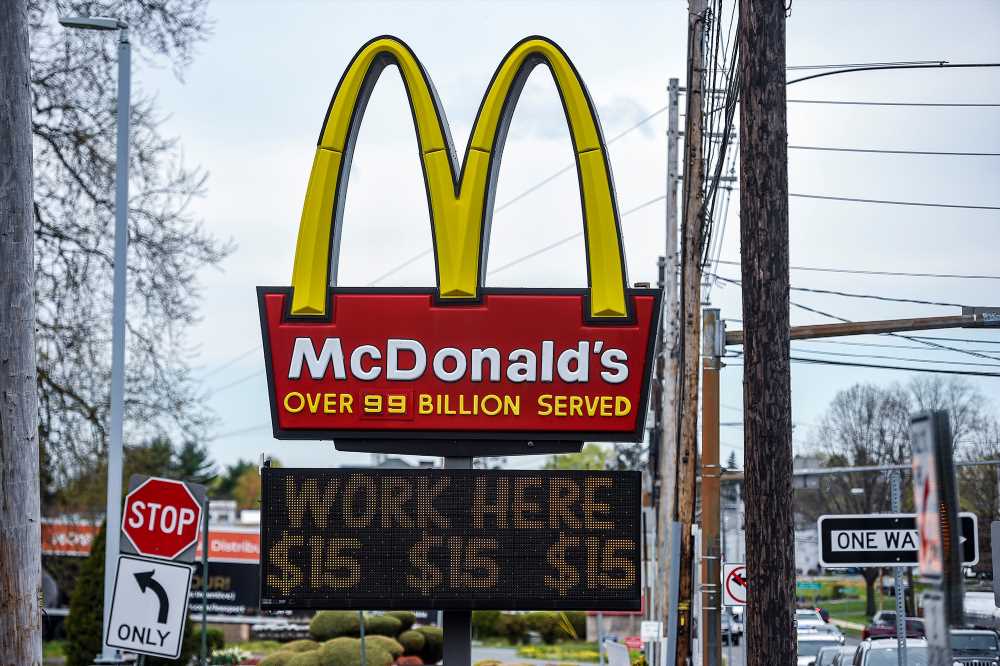 McDonald’s said Thursday it will boost its rank-and-file employees’ hourly pay by 10 percent as it seeks to add 10,000 workers at its company-owned eateries amid a nationwide labor shortage.

The world’s biggest restaurant company said entry-level employees will now get paid between $11 and $17 an hour while managers will make anywhere from $15 to $20 an hour. The wage boost also will apply to 35,600 existing McDonald’s employees, some of whom have already received the increase, the company said.

“Together with our franchisees, we face a challenging hiring environment, and staying ahead means we must constantly renew our commitment to offer one of the leading employment packages in the industry,” McDonald’s USA president Joe Erlinger said in a message to US workers.

McDonald’s said it expects all of its company-owned stores to be paying workers an average of $15 an hour by 2024 while some will get there as early as this year.

The wage increases come amid one of the tightest labor markets in history with a record 8.1 million job openings as of March. Critics have partly blamed generous unemployment benefits which have included a $300 weekly COVID-19 sweetener from the federal government. Workers have also cited concerns about a lack of childcare services and health and safety fears.

Some McDonald’s franchisees have been handing out hiring and referral bonuses to attract employees. As previously reported by The Post, a McDonald’s manager in Florida even offered $50 for potential candidates to simply interview for a job — and said he had no takers after two weeks.

Chipotle Mexican Grill said this week that its average wage will reach $15 an hour by the end of June as it pushes to hire 20,000 workers.