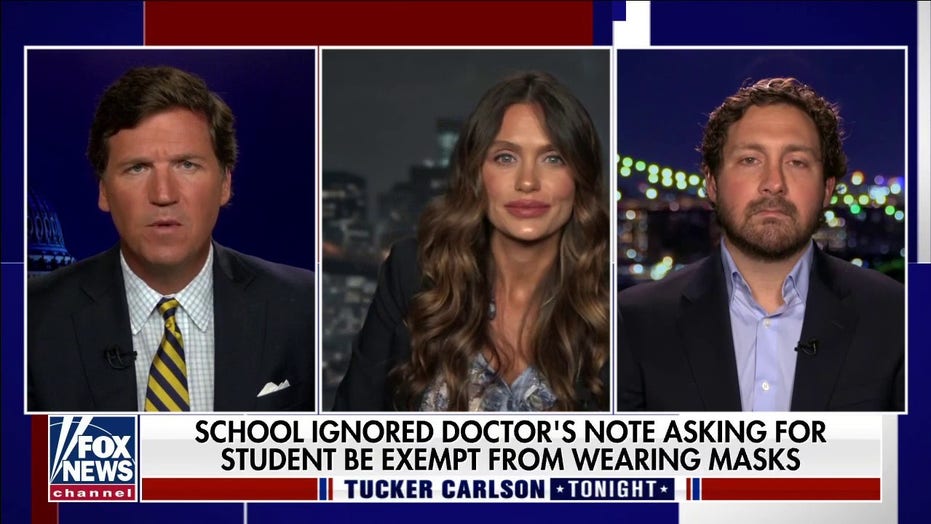 A New York mother and her autistic son’s neurologist joined “Tucker Carlson Tonight” to speak out after a New York school forced the autistic 5-year-old to wear a mask, despite a note from the doctor saying he was medically exempt.

I pick him up and his mask is soaking wet in snot and the school just completely ignores these problems and refused the letter from the doctor. … It’s really sad as a parent you have to choose between your son’s education and his socialization and putting him in danger.

I brought my son to school after I sent the letter to the principal. My son was stopped at the door and told he would not be allowed in the school. He was upset and crying. So far they just said he can do remote [learning] and that’s it.

DR. RUSSELL SURASKY, NEUROLOGIST: What we have here from a physician [standpoint] is complete medical tyranny. We have a 5-year-old child with significant emotional and cognitive issues.

Forcing him to wear a mask at school significantly retards his ability to participate in class.  Given how benign COVID is for a 5-year-old, I wrote a letter of mask exemption which the school should have accepted

The school went to an outside physician at the Department of Health — a doctor who has never met the family; a doctor who is a pulmonologist; … who overruled my exemption as a neurologist and said that Sebastian should simply go to the guidance office and learn how to wear a mask better. This is atrocious.

The physician from the Department of Health called me, did not know the details of the case, and it was as if she already had the answer made up before she spoke with me. I explained to her that with Sebastian, the risks outweighed the benefits and she didn’t care.