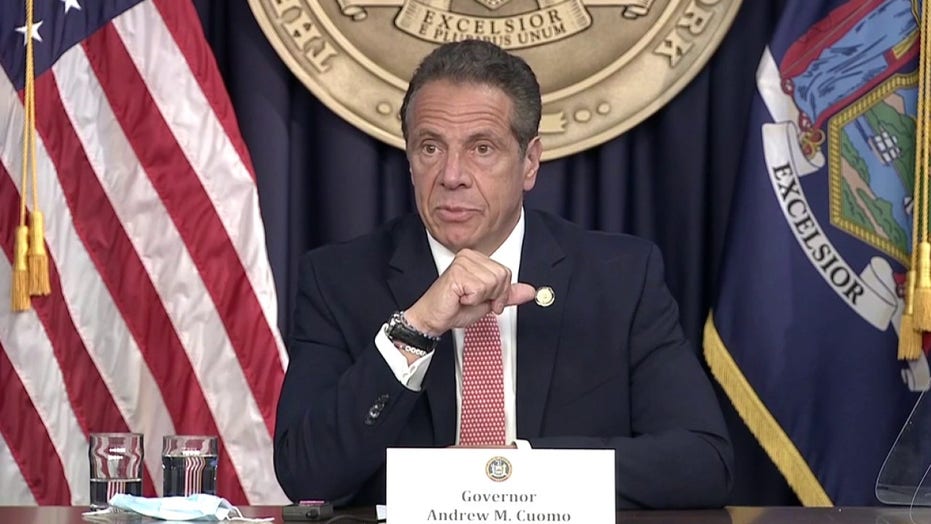 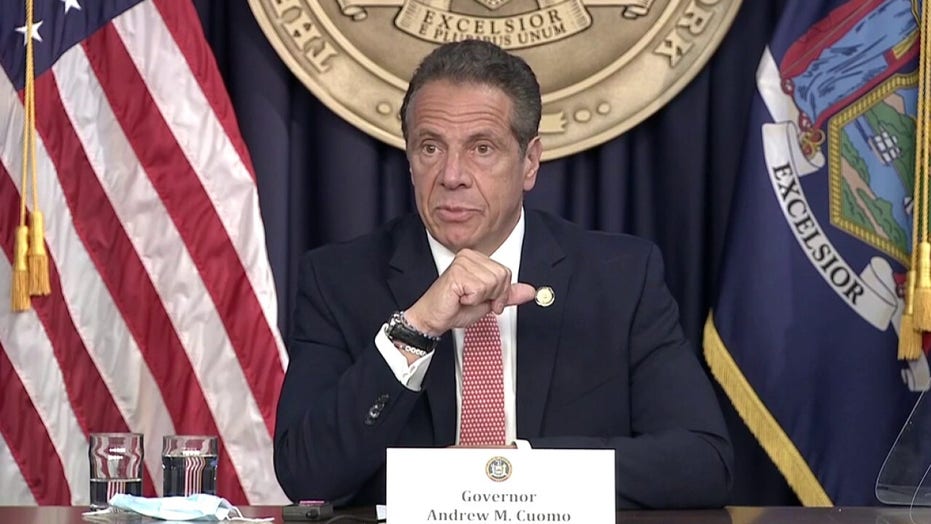 Cuomo says he ‘did nothing wrong,’ is ‘not resigning’ as scandals continue to swirl

One of the moderators of a Facebook group supporting New York Gov. Andrew Cuomo has told his accusers “We are coming for you” on Twitter, despite saying she encourages members of the Facebook group not to “be a jerk” and hurt their cause.

“The Women of New York and this Country see through your lies…We are coming for you and the rest of our Governor’s accusers….We won’t let you get away with this…Just know that,” Pamela Morley tweeted at Cuomo accuser Lindsey Boylan on March 18.

Morley, 41, was profiled in The Wall Street Journal on Sunday for her involvement in the group “Women for Governor Cuomo,” which has more than 1,000 members. She and other members of the group have raised at least $30,000 for billboards and banners supporting Cuomo against what they believe to be politically motivated attacks, according to The Wall Street Journal.

Morely told The Wall Street Journal she encourages good behaviors if members of “Women for Governor Cuomo” choose to respond to Cuomo accusers on Twitter.

“What I’ve told them is if they want to do that, to not be a jerk, because then it’s going to make us look bad,” she said. 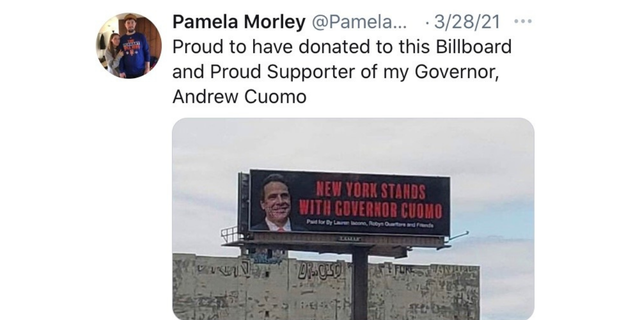 A tweet from Pamela Morley, a supporter of New York Gov. Andrew Cuomo who has targeted his accuser Lindsey Boylan online. Twitter screenshot

The group also has public rules from its administrators, including “Be kind and courteous” and “No hate speech or bullying.”

However, Morley has targeted Boylan, the first woman to step forward with sexual harassment accusations against Cuomo, several times on social media.

“I guess a lot of people just don’t give a s— if the governor of New York abuses women,” Boylan wrote on Twitter on March 22.

“Oh we do…That’s IF he was abusing people…BUT he’s not so…What we do care about is LIARS trying to accuse him without evidence and and trying to get others to do so as well just for political gain…How much are you getting paid for all this? Honest question,” Morley responded on March 23.

“You’re a liar who just needs attention for political gain….Where were you during the #MeToo Movement if you were “harassed so bad? And now you won’t cooperate? And want to go after everyone who won’t side with you? BECAUSE YOU ARE LIEING!” Morley wrote on Twitter on March 23.

Morley was involved in a Twitter fight with another user after calling Boylan “Lindsey ‘The Lying Queen’ Boylan.”

“Lol I live [here] too,” Morley wrote on Twitter on April 27. “And if I’m getting paid then where’s the money at! What’s disgusting is you supporting a liar….She is part of the reason why women have a hard time reporting rape..Because of liars like her.”

When Boylan tweeted about being harassed near the subway on March 22, Morley responded the next day.

“Are you just ‘sexually harassed everywhere?? ‘Coincidentally’ Like seriously? Is this your ‘thing’ now?” Morley wrote on Twitter.

Morley told The Wall Street Journal that Cuomo knows about their actions, and a member of the Facebook group shared a letter from Cuomo thanking her, which Cuomo senior adviser Rich Azzopardi didn’t dispute as inauthentic.

“Please be sure to pass along my sincere gratitude to other members of your group,” the letter said according to The Wall Street Journal.

“The people of this great state know [the governor] works night and day for them and – while we believe that negative discourse should be discouraged on every side – to the extent there are those outwardly supportive of our efforts, we appreciate it and thank them,” Azzopardi told The Wall Street Journal.

Morley is described by The Wall Street Journal as a theater director living in the Buffalo area. Her Twitter bio states, “Just a laid back Single Mom, Actress, Singer, Dancer, Director, Writer and Baseball Lover.”

Boylan alleged that the governor attempted to kiss her in his office, which he has denied. Boylan is also running for Manhattan borough president.

Fox News’ inquiry to Morley was not returned at the time of publication.