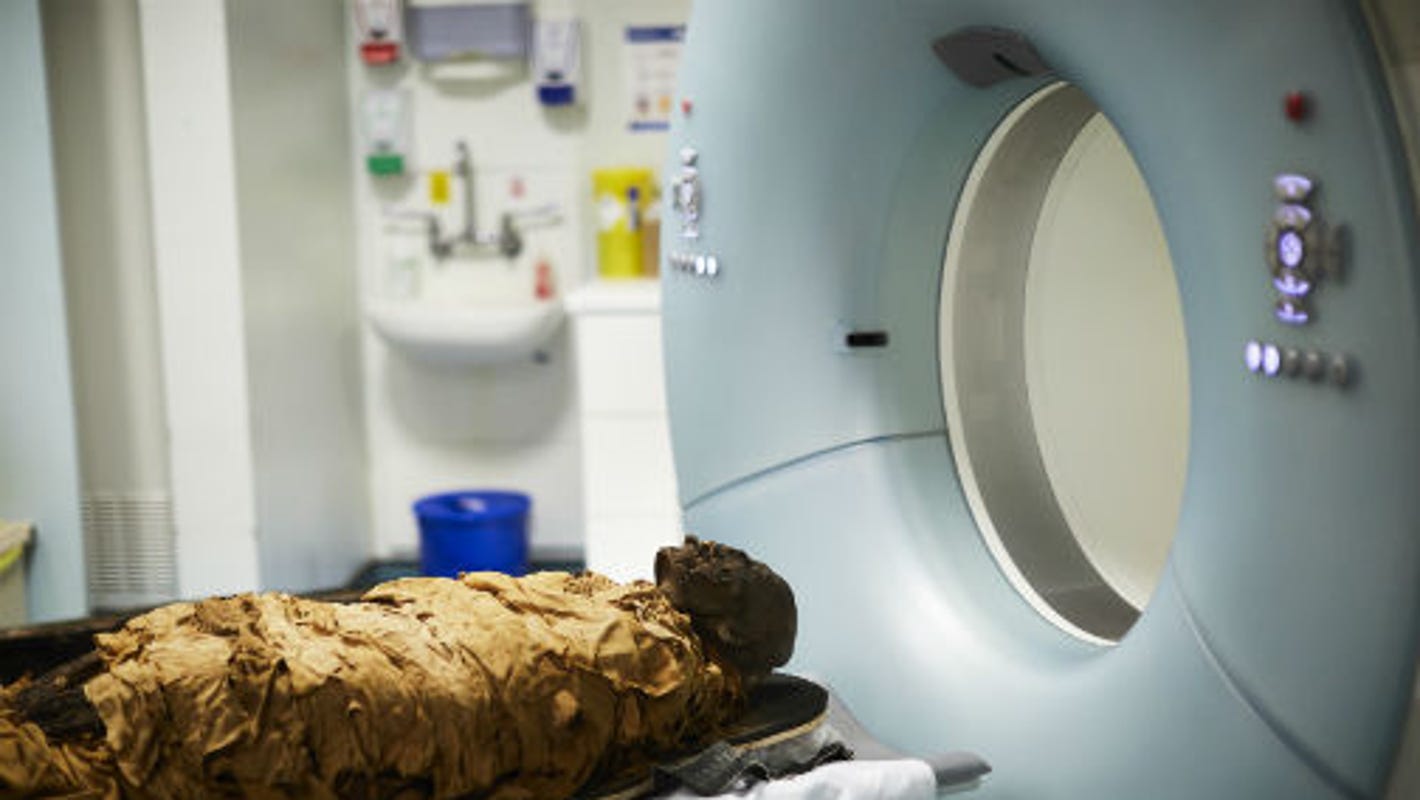 Polish researchers announced the discovery of the world’s first known case of an embalmed pregnant woman after initially believing the mummy was a male priest.

Researchers were surprised when examinations and X-rays revealed the true identity of the mummy first brought to Warsaw, Poland in 1826, the Associated Press reported.

“Our first surprise was that it has no penis, but instead it has breasts and long hair, and then we found out that it’s a pregnant woman,” Marzena Ozarek-Szilke, an anthropologist and archeologist, told the Associated Press. “When we saw the little foot and then the little hand (of the fetus), we were really shocked.”

The mummy previously was believed to be a male priest due to the inscription on the coffin and was not examined until the Warsaw Mummy Project, an initiative to examine human and animal mummies from ancient Egypt at the National Museum in Warsaw that began in 2015.

The woman is believed to have been between 20 and 30 years old when she died and the fetus was between 26 and 30 weeks.

The mummy is believed to have been found in royal tombs in Thebes, an ancient Egyptian city along the Nile River, although the claim has not be proven, according to CNN.

The process of mummification usually entailed removing organs from the abdomen and chest, baffling researchers as to why the fetus wasn’t removed.

“We don’t know why it was left there. Maybe there was a religious reason. Maybe they thought the unborn child didn’t have a soul or that it would be safer in the next world. Or maybe it was because it was very difficult to remove a child at that stage from the womb without causing serious damage,” Warsaw Mummy Project co-founder Wojtek Ejsmond told CNN.

Researchers announced their findings Wednesday in the Journal of Archaeological Science.