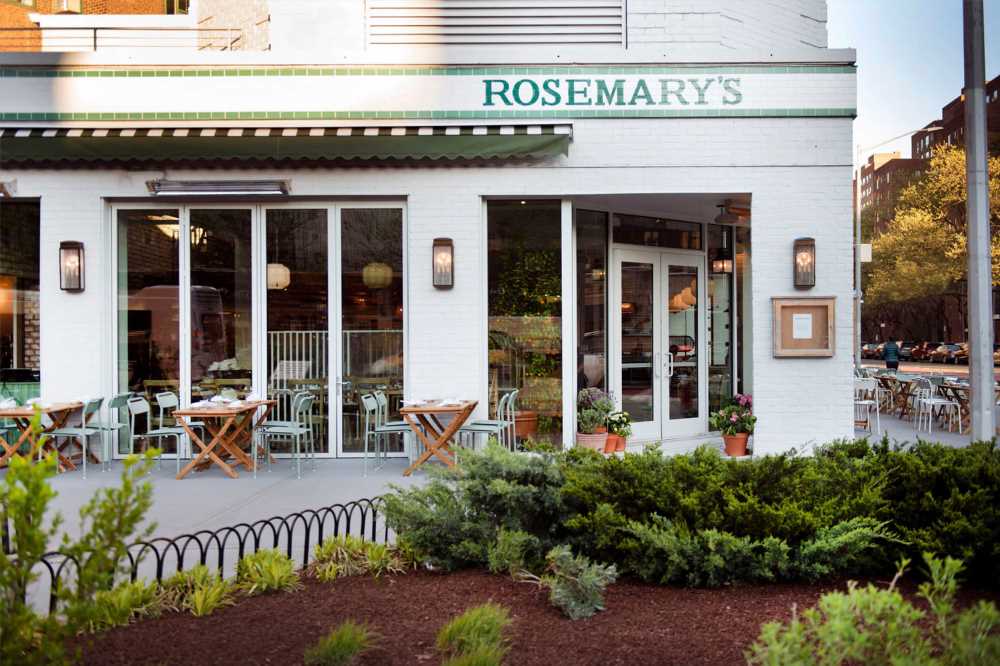 Would your kid eat steak tartare?

Hungry residents of Stuyvesant Town’s and Peter Cooper Village’s 11,241 apartments will finally have a pasta and pizza mecca to call their own.

A major-league restaurant team will open Rosemary’s East, a jumbo sister eatery to the West Village’s popular Rosemary on Greenwich Avenue, next week at 350 First Ave. at East 20th Street. The mammoth mecca for moderately-priced Italian cuisine will have 282 indoor seats and 100 more alfresco ones.

Stuy Town and Cooper Village have seen some dramatic ownership changes over the past 15 years, but the iconic properties never had an on-site eatery in their 75-year history.

Chef Ed Carew, who worked with former B.R. Guest owner Stephen Hanson at Fiamma and was recently with the Ace hotel group, presides over a menu heavy on pasta and pizza, all below $20 and most around $17, said New York restaurant pro Alex Gaudelet. Choices combine original Rosemary’s favorites and sourdough pizza from spinoff Village pizza spot Roey’s.

The light and airy design by Soho-based architect Dolores Suarez, who is Rosemary’s owner and creator Carlos Suarez’s cousin, features a half-dozen skylights. The floor is divided into several dining rooms of which the largest seats 110. Two private rooms seat 16 each.

“We decided on casual Italian as the No. 1 crowd-pleaser,” Gaudelet said. “And the design of the restaurant provides lots of different dining experiences.”

Blackstone Group bought the 80-acre rental apartment sites for $5.3 billion in 2015. It invested more since then on new infrastructure and upgrades to the properties, which are home to 50,000 tenants. (Blackstone also ran a food pantry out of the complex which provided over one million meals to residents of nearby public housing sites during 2020.

On top of the purchase price, “Going on six years owning, we’ve invested over $260 million in our residential community,” said Kelly Vohs, the CEO of Beam Living, a Blackstone affiliate that manages the property.

Until now, residents’ dining options have been limited to small cafes to the south on First Avenue and Avenues A and B, while in the hospital district to the north, “It’s mostly a ghost town,” Vohs said.

Gaudelet, a friend and former Blackstone colleague of Vohs, first discussed the need for an eatery with him two and a half years ago. “Kelly said, ‘We have this corner, what do you think,’” Vohs recalled.

Gaudelet was also friends with Carlos Suarez. He introduced Vohs and Suarez. Gaudelet had also worked with Hanson, who created such mega-successes as Ruby Foo’s and Atlantic Grill.

Suarez, Gaudelet and Hanson are now partners in Rosemary’s East, where Suarez “brought in the brand,” Hanson said. Gaudelet is in charge of day-to-day operations.

The Rosemary’s lease includes revenue “participation” by Blackstone, Vohs said. “The better they do, the better we do.”

Blackstone paid for what the partners called a “significant” portion of the buildout for the 6,800 square-foot space. None of the parties would say how much, , although Gaudelet said, “We have a fair amount of skin in the game.” The total construction cost is estimated at about $6 million based on typical Manhattan costs of $800-900 per square foot.