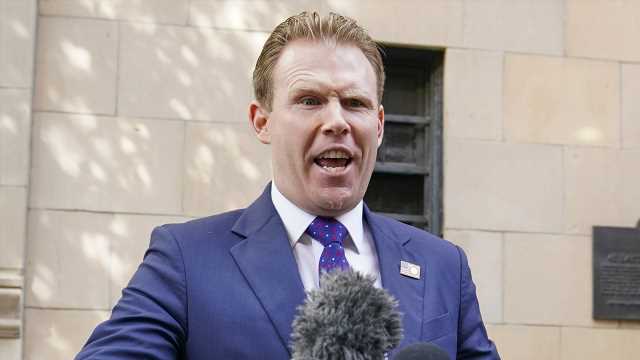 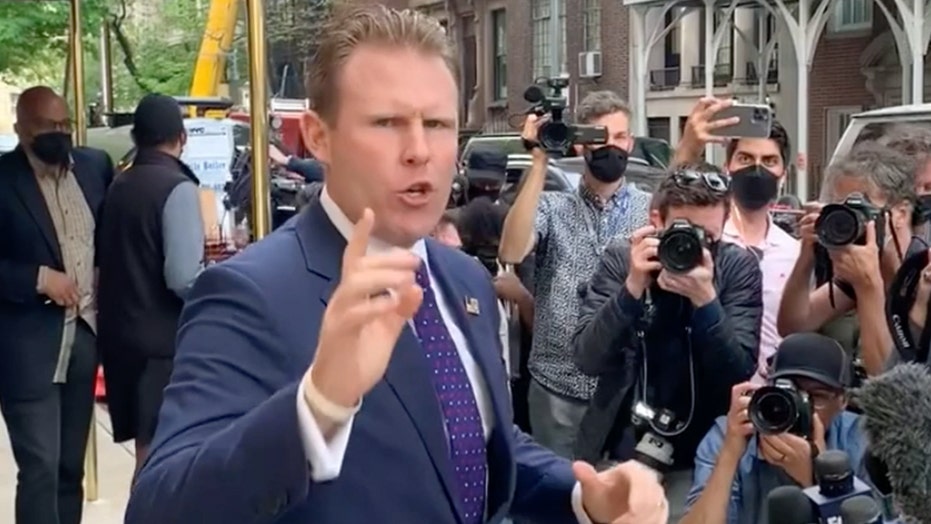 “I am speaking as a son and a concerned American,” Giuliani told reporters outside Rudy Giuliani’s Big Apple home. “Anybody, any American, whether you are red or blue, should be extremely disturbed by what happened here today, by the continued politicization of the Justice Department.

“This is disgusting. This is absolutely absurd.”

The raid, which was first reported by the New York Times, comes as federal authorities were investigating whether he violated the law by lobbying the Trump administration on behalf of Ukrainian officials in 2019. Giuliani has served as former President Donald Trump’s personal attorney on a number of high-profile matters.

According to Giuliani’s attorney Robert Costello, seven FBI agents arrived at the apartment at 6 a.m. on Wednesday and remained for roughly two hours. The agents seized several electronic devices, including laptops and cell phones. 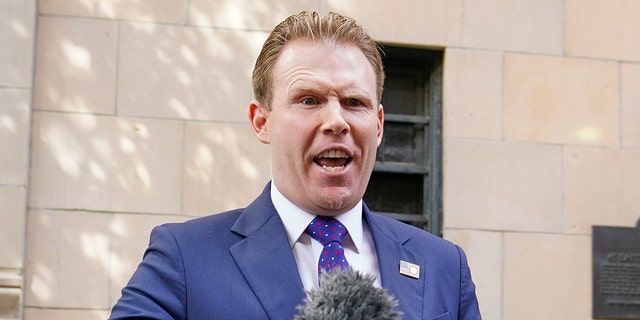 Giuliani son’s characterized the search as a political move by the Justice Department.

“Our Justice Department should be independent of politics. Enough is enough, ladies and gentlemen. We cannot stand for this anymore.”

Guiliani took a swipe at Hunter Biden, President Biden’s son, and suggested the Justice Department should be focused on him instead of his father.

“The only piece of evidence that they did not take up there today was the only incriminating evidence that is in there and it does not belong to my father,” Guiliani said. “It belongs to the current president’s son.”

He was referring to a hard drive in his dad’s possession that purportedly contains a copy of Biden’s laptop.

Three sources familiar told Fox News that federal investigators on Wednesday did not seize the hard drive containing the contents of the laptop purportedly belonging to Hunter Biden.

Hunter Biden, in December, confirmed he was under federal investigations for his “tax affairs.”

In October, Fox News first reported that the FBI subpoenaed a laptop and hard drive purportedly belonging to Hunter Biden in connection with a money-laundering investigation in late-2019.

Fox News also first reported in October that the FBI was in possession of the laptop.

The FBI told Fox News Wednesday that they have no comment on the search warrant, and the U.S. Attorney’s office for the Southern District of New York has declined to comment as well.

The warrant was based on suspicion that Giuliani violated the Foreign Agents Registration Act (FARA) for lobbying on behalf of Ukraine. FARA requires individuals to notify the State Department if they are acting as a foreign agent.

“This is totally unnecessary,” Costello told Fox News, claiming that the raid was done to “make him look like he’s some sort of criminal.”