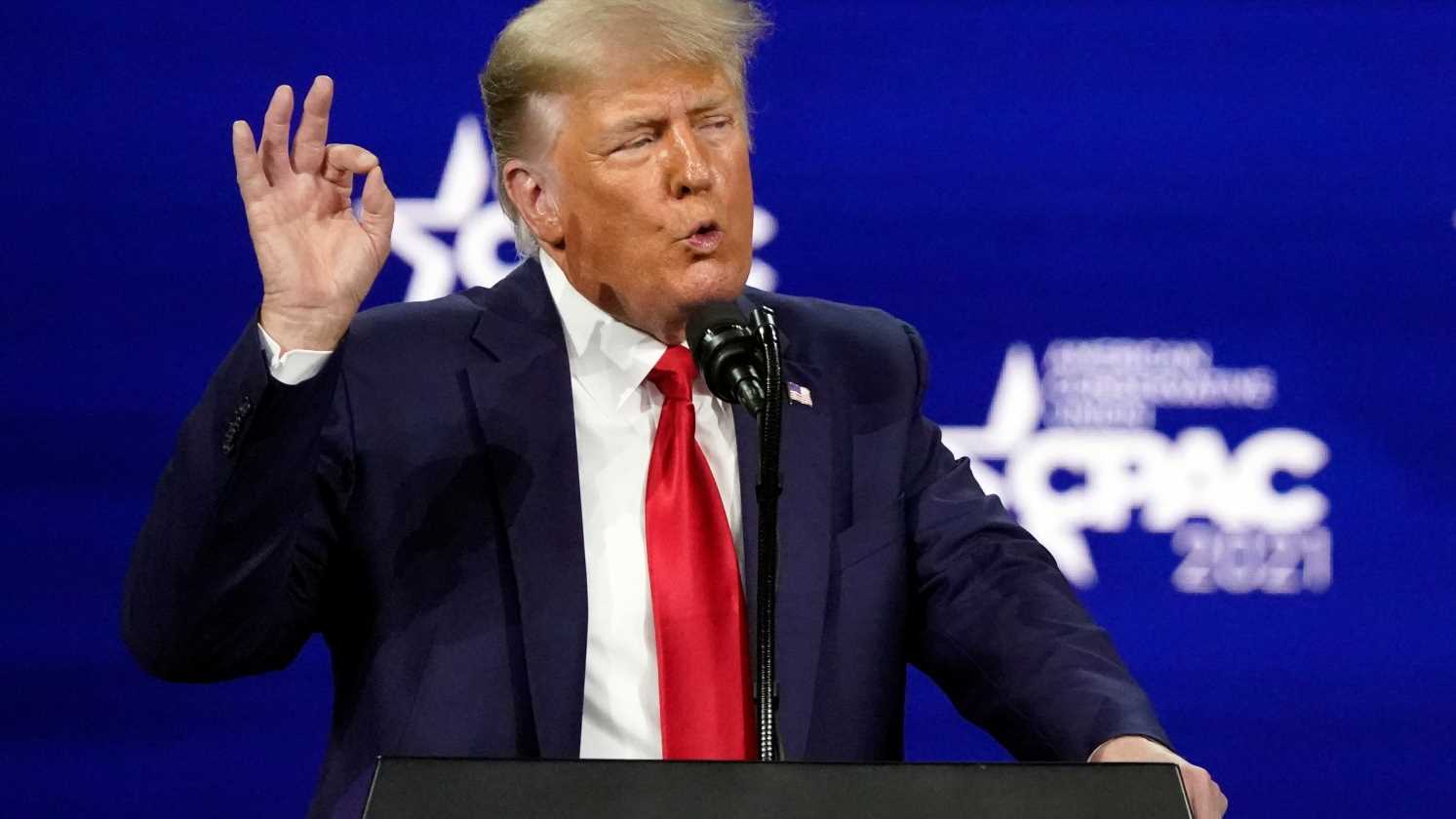 Republicans are throwing an early presidential campaign party this weekend in South Florida, though the featured guest remains the same party representative from the last two campaigns: Donald Trump. The former president and other Republicans said to be considering a 2024 White House bid will be mingling with some of the party’s biggest financial donors at a “spring retreat” in Palm Beach. “If you’re looking at running for president, you’re going to be there,” said GOP political strategist Doug Heye. Trump is even hosting one of the events, a dinner Saturday night at his Mar-a-Lago estate.

Former President Trump speaks to a crowd at the Conservative Political Action Conference in Florida, promises not to start a new political party.

A gun salute in honor of Prince Philip will take place at Edinburgh Castle Saturday. Buckingham Palace announced the Duke of Edinburgh’s death Friday morning at Windsor Castle. “It is with deep sorrow that Her Majesty The Queen announces the death of her beloved husband, His Royal Highness The Prince Philip, Duke of Edinburgh,” the statement from the palace read. The salute consists of the 105th Regiment Royal Artillery firing one round at the start of each minute for 40 minutes. Similar salutes will take place in Belfast, Cardiff, and London at the same time.