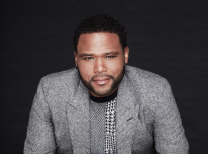 EXCLUSIVE: Anthony Anderson, star of long-running ABC comedy Black-ish, is getting into the podcast game.

He will star as the lead role in scripted audio series Sonic Leap from MGM-backed podcast studio Audio Up.

The series is a sci-fi, synth-pop musical with a comedy twist that tells the almost true story of new signings Hero The Band.

It follows four brothers – Justin, Jerramy, DJ and Nick – who form an experimental, 1980’s music outfit, steeped in the works of Depeche Mode and The Cure.  Already feeling out of place amongst their musical peers, the band come across Leo James, voiced by Anderson, a music loving, genre-bending mastermind, who has discovered the secret to time travel. Through his deep desire to manifest the destiny of bands and musicians alike who may have been born at the wrong time, he orchestrates his powers to re-shape the journey of Hero The Band and successfully sends them back to the year 1985. While there, the band members must figure out why they have been sent on this mysterious journey, encountering their future parents, similar racial prejudices, and even Leo James himself.

The series, which was named by Deadline as one of the podcasts to watch out for in 2021, will be released via iHeart Media later this summer and a new album, co-written and produced by Gutstadt, with original music from Hero The Band will be released through LAVA Records. The concept was an original log line from Audio Up CEO Jared Gutstadt and the scripts for season one were written by Audio Up’s Zach Selwyn in collaboration with Chris Case.

It is the latest podcast from Audio Up, which was founded by former Jingle Punks boss Gutstadt. The company has released Where The Bodies Are Buried, Michael Cohen’s Mea Culpa, and recent projects include Make It Up As We Go with Scarlett Burke, Miranda Lambert and Lindsay Ell and scripted Halloween podcast Halloween in Hell with Machine Gun Kelly, 24kGoldn and iann dior.

Gutstadt told Deadline, “What if we take the foundation of this crappy year and the fiction of the band was a band ready for success derailed by 2020 and we’re going to take them back to the future and transported to the best house party of the 80s. I want to figure out a way to get people into podcasting as a form of music discovery and keep them in the audio world longer.”

He said that Anthony Anderson helped elevate this concept and was a “big deal” for the band and the medium of podcasting at large.

“Sonic Leap is a signature concept for our studio,” he added. “I am passionate about the potential of next gen musicals evolving from the podcast medium. Having music and premium scripted content combined is the hallmark of our Audio Up brand and where my passion point is within the space. This is a unique scenario where an artist launch at the major label level is happening; we hope that years from now this will likely be seen as a turning point for podcasts.”