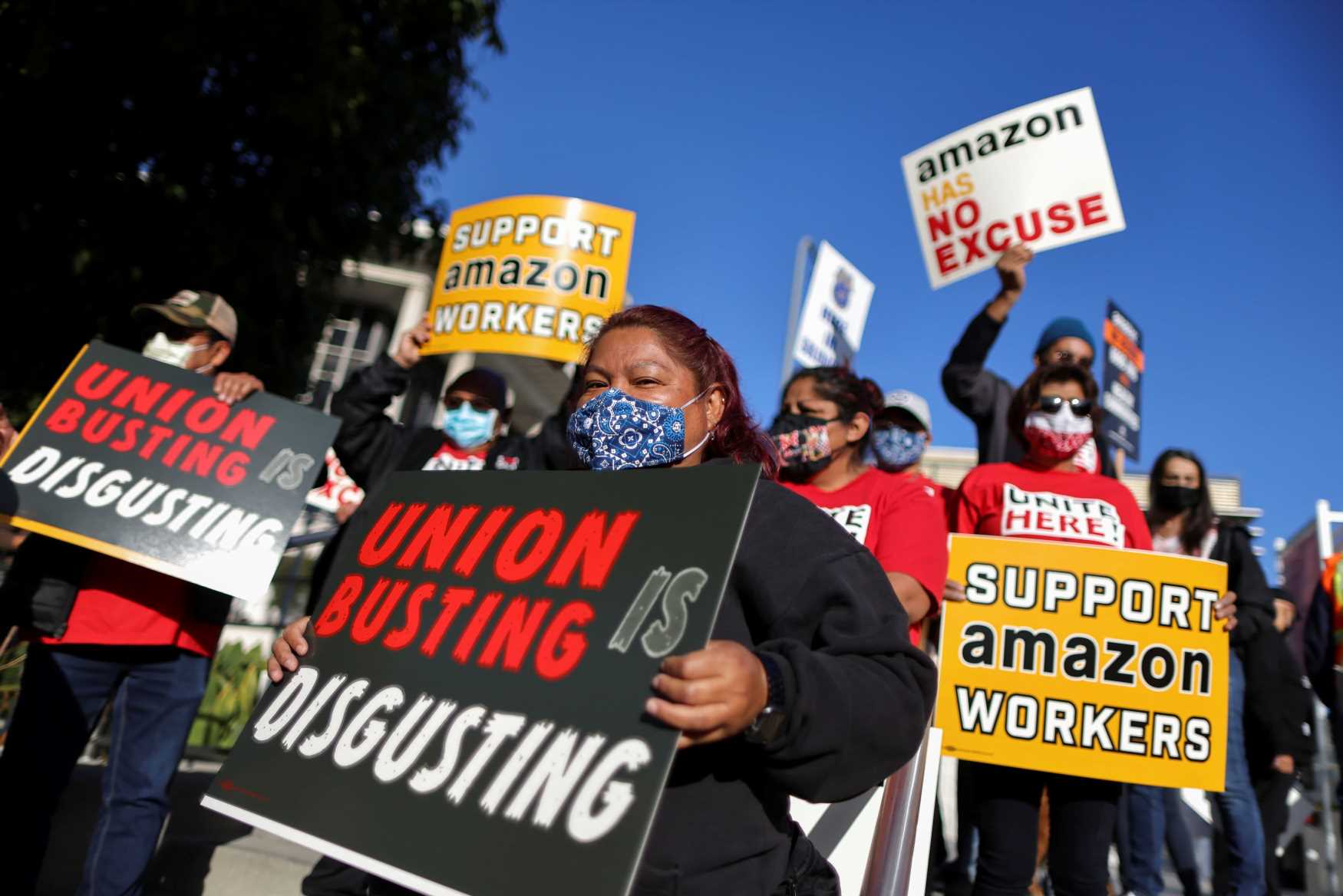 More than 3,200 ballots were cast in a high stakes union election at one of Amazon's Alabama warehouses, according to the Retail, Wholesale and Department Store Union.

The election was open to more than 5,800 employees at Amazon's Bessemer, Alabama, warehouse, who are voting whether to join the RWDSU. With 3,215 total ballots cast, that resulted in a turnout rate of roughly 55%, which is higher than what the RWDSU initially estimated.

Workers had until March 29 to submit their ballots via mail. Vote counting began last week via a private video conference, presided over by the NLRB, during which Amazon and the union could contest ballots based on factors like an illegible signature or whether a person's job classification entitles them to vote.

The public portion of the vote count is expected to begin as soon as Thursday or Friday morning, the RWDSU said.

Hundreds of ballots were challenged, mostly by Amazon, according to the RWDSU. If the margin of victory ends up being less than the total number of challenged ballots, the final tally will be temporarily halted until those challenges are resolved via a hearing held by the NLRB. Any ballots that are accepted will then be added to the tally.

There could still be further legal challenges in store, as either Amazon or the union have the opportunity to challenge the election results, which could further delay the outcome.

The election in Bessemer has become a closely watched event in and outside of Amazon, as it would establish the first union at one of the e-commerce giant's warehouses in the U.S.

Bessemer employees in favor of the union have raised a number of issues about the breakneck pace of work, a lack of adequate break time and other grievances. However, Amazon has maintained that it doesn't need a union to come between it and its workers.

Representatives from Amazon and the NLRB didn't immediately respond to a request for comment.