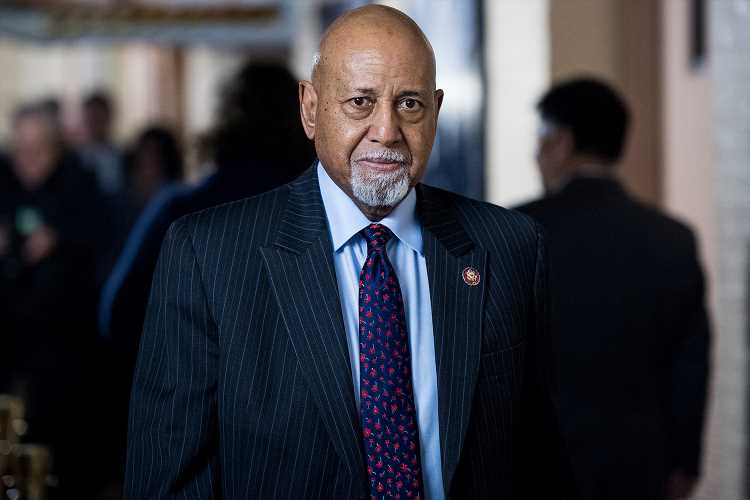 Rep. Alcee Hastings, the long-serving Democratic congressman who represented Florida for over two-and-a-half decades, has died after a lengthy treatment for pancreatic cancer. He was 84.

Hastings' family announced his death in a statement to the press that was shared to social media on Tuesday. The news was first reported by the South Florida Sun Sentinel and was confirmed by CNN via Hastings' chief of staff, Lale M. Morrison.

"It is with profound sadness and the deepest sense of loss that we announce the passing of the Honorable Alcee L. Hastings," his family said. "He lives a life of triumph over adversity and his brilliance and compassion was felt amongst his constituents, colleagues, the nation and the world."

"He lived a full life with an indelible fighting spirit dedicated to equal justice," the statement continued. "He believed that progress and change can only be achieved through recognizing and respecting the humanity of mankind. He was never afraid to speak his mind and truly loved serving his constituents and his family. He will be missed dearly but his legacy and fighting spirit lived on."

In January 2019, Hastings announced that he was being treated for pancreatic cancer but planned to remain in Congress during the process, calling it "a battle worth fighting."

He had recently entered hospice, the Sun Sentinel reported. A local commissioner told the paper that "Alcee was a fighter, and he fought this terrible disease longer than most. He faced it fearlessly, and at times even made fun of it." Born on Sept. 5, 1936, in Altamonte Springs, Florida, Hastings was a well-known civil rights attorney during the '60s and '70s before he was appointed by President Jimmy Carter in 1979 as the first Black federal judge in Florida.

There were major problems, however: After being acquitted in a bribery trial, Hastings was impeached by the House of Representatives in 1988 on 17 articles — including bribery, perjury and falsifying documents — for lying in that case.

He was convicted by the Senate of eight articles and removed from office.

But Hastings' political career did not end there. In 1993, he was elected to the U.S. House of Representatives to serve Florida's 23rd Congressional District. He also served as the vice chairman of the House Committee on Rules, chairman of the Subcommittee on Legislative and Budget Process, and chairman of the Commission on Security and Cooperation of Europe.

Want to get the biggest stories from PEOPLE every weekday? Subscribe to our new podcast, PEOPLE Every Day, to get the essential celebrity, entertainment and human interest news stories Monday through Friday. At the time of his congressional election, Hastings became one of three Black Floridians to join Congress. All three were the first Black Florida representatives to be elected in Washington since 1877, according to the Sun Sentinel.

Hastings was re-elected 14 times, making him dean of the Florida delegation.

"Congressman Hastings was a beloved son of Florida, a respected leader in our Democratic Caucus and in the Congress," Speaker of the House Nancy Pelosi said in a statement. "As an icon of the Congressional Black Caucus, he was an historic force in our nation's politics. His passing is a great loss for America."

Democratic Rep. Debbie Wasserman Schultz, who represents Florida's 23rd district, said in a statement, per CNN: "Florida has lost a brilliant, fearless, giant-hearted advocate for this state that he dearly loved, and Congress has lost a wise, patient and compassionate statesman."