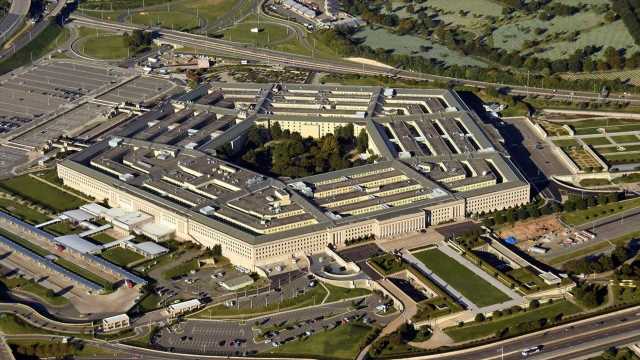 Campos-Duffy: The problem with having a ‘woke’ military

Tuberville said the materials, designed to educate the ranks about extremism, exhibit a “disappointing partisan slant” by implying only “certain political thoughts are welcome.”

“For example, the Navy’s training deck includes as an example of ‘permissible political activity’ membership in the Young Democrats of America. No examples of groups affiliated with other political parties are included,” Tuberville wrote. “We cannot allow our military to be politicized.”

The training materials communicate expectations of military members on a wide array of topics, ranging from what is appropriate to share on social media to steps to take if extremist behavior or rhetoric is identified.

One slide indicates that members are not required to report a friend to command who has a Confederate flag hanging in his or her private residence.

Another question asks whether discussions of the Black Lives Matter movement is political and should be prohibited. The training materials indicate that advocating for or against a public policy is allowed so long as the behavior is legal and the advocacy doesn’t address a specific political party.

“If the discussions make you uncomfortable, discuss the matter with your boss or another supervisor,” the materials advise.

Tuberville notes that another slide suggests that conservative religious views on “marriage, abortion and LBGTQ rights” are not considered “mainstream.” The guidance, however, suggests that an individual would not get in trouble for expressing those views on an online social media forum, so long as it is done “with respect for the dignity of others.”

A spokesperson for the Department of Defense did not immediately return Fox News’ request for comment.

The materials have a page dedicated to the U.S. military as an apolitical institution.

Austin issued a “stand down” order in February, which called for a 60-day period to engage in discussions on extremism within the military’s ranks.

Tuberville asked for a report by month’s end on what is being done to rectify instances where officers and other personnel have engaged in partisan behavior while representing the U.S. military.

Some Republicans have been critical of efforts within the military and national security community to focus on fostering a more progressive environment, which they believe the Biden administration has made a priority at the expense of national security.

As previously reported by Fox News, Colorado Republican Rep. Lauren Boebert questioned whether the FBI and Department of Homeland Security were too distracted by their “woke training” to track the man who attacked the U.S. Capitol last week as a potential threat, given his public support for the Nation of Islam and its leader Louis Farrakhan.

Lucas Tomlinson and Cameron Cawthorne contributed to this report.