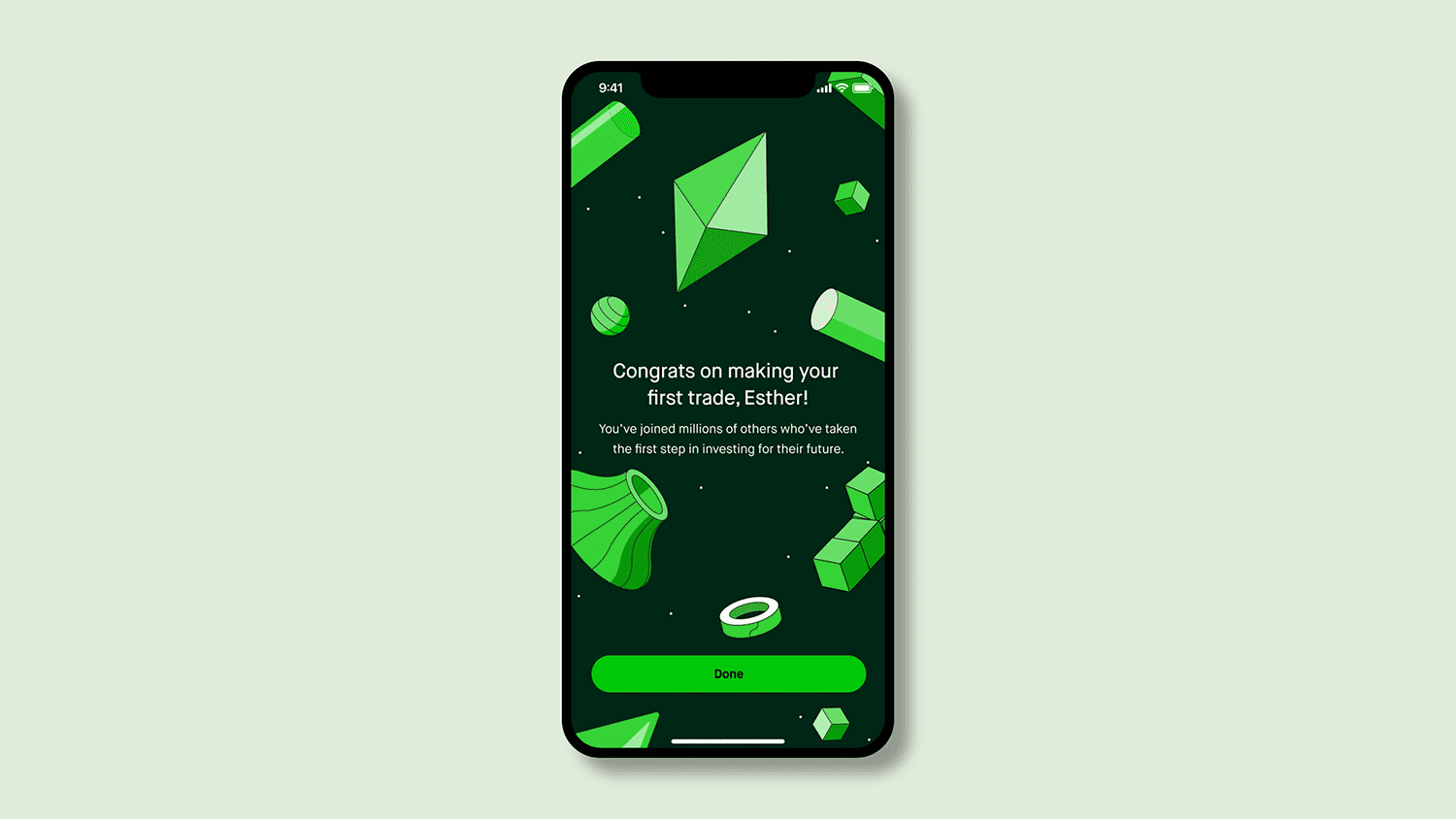 Robinhood is redesigning some of its app features — most notably ditching its confetti animation —amid scrutiny over the popular stock trading company's so-called gamification of investing.

The free-stock trading pioneer, which is gearing up for its public debut, told CNBC the move is an effort to remove the "distraction" from its overall mission to "democratize" investing.

"In the past, we used the same confetti design to celebrate firsts with customers. Those included customers' first trades, their first steps with cash management, and successful referrals of friends and family. Now, we're introducing new, dynamic visual experiences that cheer on customers through the milestones in their financial journeys," Robinhood said in a blog post on Wednesday.

Robinhood, which is seen as a gateway for young investors to access the markets, has lowered the barrier to entry for millions of retail investors. The platform gained an estimated 6 million users in January and February alone, according to SimilarWeb.

However, lawmakers and regulators have accused Robinhood of being reckless toward its newbie investors by making light of decisions that involve real money.

Last year, Massachusetts regulators filed a complaint against Robinhood, citing the company's "aggressive tactics to attract inexperienced investors, its use of gamification strategies to manipulate customers, and its failure to prevent frequent outages and disruptions on its trading platform."

Robinhood told CNBC the confetti was simply about positive reinforcement to a generation of investors that has long been shut out of the public markets.

"We've also heard the criticism and we think that gets distracting when the focus starts to shift to some misconceptions, and that's what starts defining what you're doing," Madhu Muthukumar, head of product management at Robinhood told CNBC.

In an effort to combat some of the criticism, Robinhood is going with new imagery.

The confetti with be replaced by the following image when a customer makes their first trade.

Earlier this year, Robinhood found itself in the middle of a firestorm amid the short squeeze in GameStop, which was partially fueled by Reddit-driven retail investors.

At the height of GameStop's surge, Robinhood and other brokers restricted trading of certain securities due to increased capital requirements from clearing houses.

Last week, Robinhood filed confidential paperwork to pursue an initial public offering. CNBC reported earlier this month that Robinhood had chosen the Nasdaq for its IPO, according to sources familiar with the matter. Goldman Sachs has been advising the company on the IPO.