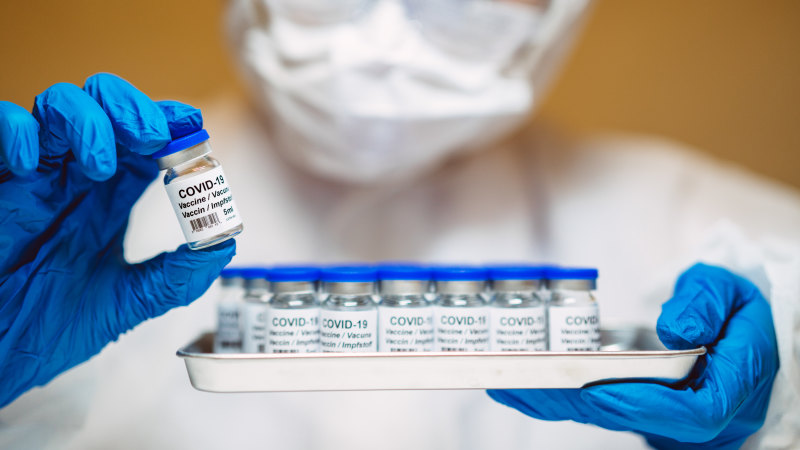 Imagine that in December 2019 country X had a nuclear accident — a missile test gone awry. It resulted in a small nuclear explosion that sent a cloud of radioactivity around the world, causing 2.66 million deaths, plus trillions of dollars in health care costs and lost commerce that nearly triggered a global depression.

What do you think we’d be talking about today?

We’d be discussing a new global regime of nuclear weapons safety protocols to try to make sure it never happened again.

Well, we just had the natural world equivalent of such a nuclear accident. It is widely suspected that a pathogen in a bat jumped to another animal to a human in China and then hopped onto the globalisation express, causing extraordinary suffering and trillions of dollars in damage. And this happened after several decades of other pandemics set off by unhealthy human interactions with wildlife — with bats or civets in the case of Ebola and SARS-CoV-1 and most likely chimps in the case of HIV. 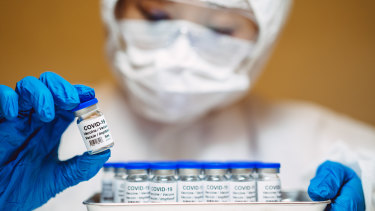 So we’ve got vaccines for COVID-19 now. But don’t throw away your leftover masks – a similar outbreak could happen again soon.Credit:Getty Images

As we have just hit the one-year mark since the World Health Organisation declared SARS-CoV-2 — the pathogen that causes COVID-19 — a pandemic, it’s appropriate to ask what smart collective action are we pursuing to prevent this from ever happening again.

The answer, as best as I can detect, is nothing — at least nothing meaningful.

And if you talk to wildlife veterinarians and other conservationists, they will tell you that the breakout of SARS-CoV-2 from an animal living in the wilderness to humans was not only NOT surprising, but that a similar outbreak could happen again soon. So, don’t throw away your leftover masks.

That was my takeaway from a global webinar I got to moderate a few weeks ago titled “Emerging Disease, Wildlife Trade and Consumption: The Need for Robust Global Governance” and subtitled “Exploring Ways to Prevent Future Pandemics.” It brought together some of the best experts on the interactions among animals, the wilderness and humans, capped by an inspiring talk from famed primatologist Jane Goodall.

I really like how one of the organisers, Cornell University’s Steve Osofsky, a wildlife veterinarian, summarised how the health of wildlife, the health of ecosystems and our own health are inextricably linked.

To say that a majority of emerging viruses come from wildlife is not to blame wild creatures, explained Osofsky. It is to make the point that through our own behaviours we “invite these viruses into humanity’s living room: We eat the body parts of wild animals; we capture and mix wild species together in markets for sale; and we destroy what’s left of wild nature at a dizzying pace — think deforestation — all greatly enhancing our encounter rates with new pathogens.”

What these three behaviours have in common, added Osofsky, is one “surprisingly simple underlying cause: our broken relationship with wild nature, often based on a hubris that we are somehow separate from the rest of life on earth.” 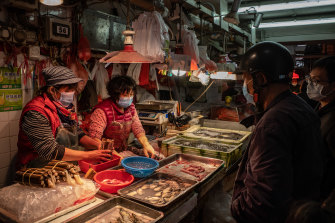 Many of the zoonotic viruses that can cause pandemics can jump to humans via so-called wet markets.Credit:Getty

It’s so simple: Forests, freshwater systems, oceans, grasslands and the biodiversity within them literally give us the clean air, clean water, climate-stabilising buffers and healthy food we need to thrive, as well as natural protection from viruses.

If we protect those natural systems, they will protect us. This truth needs to guide everything we do going forward to prevent another zoonotic-driven pandemic. That means taking three steps right now for sure:

First, recognising that many of the zoonotic viruses that can cause pandemics can jump to humans via so-called wet markets, which sell a mix of domestic and wild creatures from the land and sea — all crowded together, along with the pathogens they carry.

A report this week on NPR said Chinese officials themselves think a mammal from one of its wildlife farms — which breed civets, porcupines, pangolins, raccoon dogs and bamboo rats and were supplying wet markets in Wuhan — was the likely bridge carrier of the coronavirus from a bat to humans. Beijing has to curb its wildlife diet.

“It’s time for markets selling wildlife (especially mammals and birds) in places where people have other sources of nutrition to be deemed totally unacceptable to humanity.”

“While we missed our chance to stop SARS-CoV-1 and now SARS-CoV-2 from emerging, how many more times must humanity allow this cycle to repeat?” asked Osofsky. “It’s time for markets selling wildlife (especially mammals and birds) in places where people have other sources of nutrition to be deemed totally unacceptable to humanity.”

To be sure, there are people across the globe who need to eat wildlife for their sustenance and survival. So the world’s wealthier nations need to band together to help address the poverty and food insecurity that drives these practices, not only out of compassion but out of self-interest.

Second, the wealthy nations also need to come together to bolster Interpol’s and other new efforts to wipe out the illicit wildlife-related supply chains feeding these wet markets with endangered wildlife species that are in high culinary and/or cultural demand.

For too long, the traders and corrupt government officials who aid them have been allowed to privatise their gains from selling wild animals — like pangolins, whose meat and scales are cherished by some — and then socialise the losses when these same creatures spread viruses to us.

America should threaten to ban all legal trade from any country that won’t stop its illicit wildlife trade. Loose nukes kill. So can caged pangolins.

Finally, there is deforestation. What Brazil does with its rainforest and what we do with our urban sprawl and what China does with its rapid urbanisation into wilderness areas is everybody’s business. All three countries are removing natural buffers and expanding the interface, the touch points, between wildlife and people where pandemics emerge. That has to stop.

“If multinational companies can still undertake large-scale logging or mining in the world’s remaining great forests without paying for the very real risks those activities bring upon all of us, we will get what we deserve,” said Osofsky. “But if companies actually had to pay for the pandemic risks associated with these extractive activities, perhaps some of these projects would not be undertaken at all.”

As Russ Mittermeier, chief conservation officer for Global Wildlife Conservation, remarked to me: “We marvel when a spacecraft lands on Mars to search for minute traces of life that may or may not exist.” At the same time here on earth, “we continue to destroy and degrade amazingly diverse ecosystems, like tropical forests and coral reefs,” that sustain and enrich us.

Halting that practice is the only truly sustainable vaccine against the next pandemic. In other words, it’s time that we stop looking for intelligent life on Mars and start manifesting it here on planet earth.

A concise wrap of the day on the markets, breaking business news and expert opinion delivered to your inbox each afternoon. Sign up here.