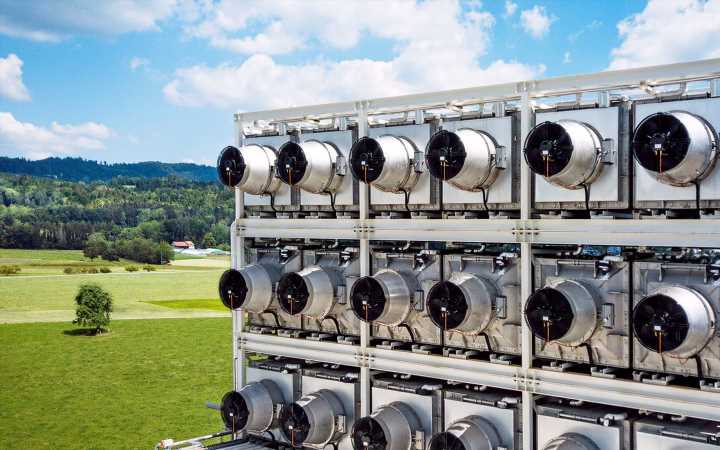 Experts agree that lowering our carbon emissions is no longer enough. In a 2018 report, the Intergovernmental Panel on Climate Change said that, if we are to limit global warming to 1.5 degrees Celsius and avoid the worst effects of climate change, we need to actually remove between 100 to 1,000 gigatons of carbon dioxide from the atmosphere during the 21st century.

Carbon removal can be done naturally by planting trees or improving carbon storage in the soil through more sustainable farming practices, such as crop rotation and improved cattle management. But a number of companies are also working on engineered solutions for carbon removal. The process, which is known as direct air capture, sucks CO2 straight out of the atmosphere and buries the captured CO2 underground.

But the technology is still very expensive. According to a white paper published by Microsoft this year, the cost of direct air capture is more than 50 times the cost per metric ton of most natural climate solutions. To cover some of their costs, direct air capture companies sell the byproduct, CO2, for a variety of purposes. One of the most controversial uses is EOR, or enhanced oil recovery, whereby captured CO2 is sold to oil companies, which then inject the CO2 into old oil wells to pump even more oil out of them.

Companies like Microsoft, Chevron, Occidental and tech visionaries like Elon Musk and Bill Gates are all investing in carbon removal technologies, but those in the industry stress that if the CO2 they capture is to ever truly be removed, they need government support.

CNBC spoke to Carbon Engineering and Climeworks, two leaders in the industry, to see how they plan to bring direct air capture mainstream. Watch the video to find out more.