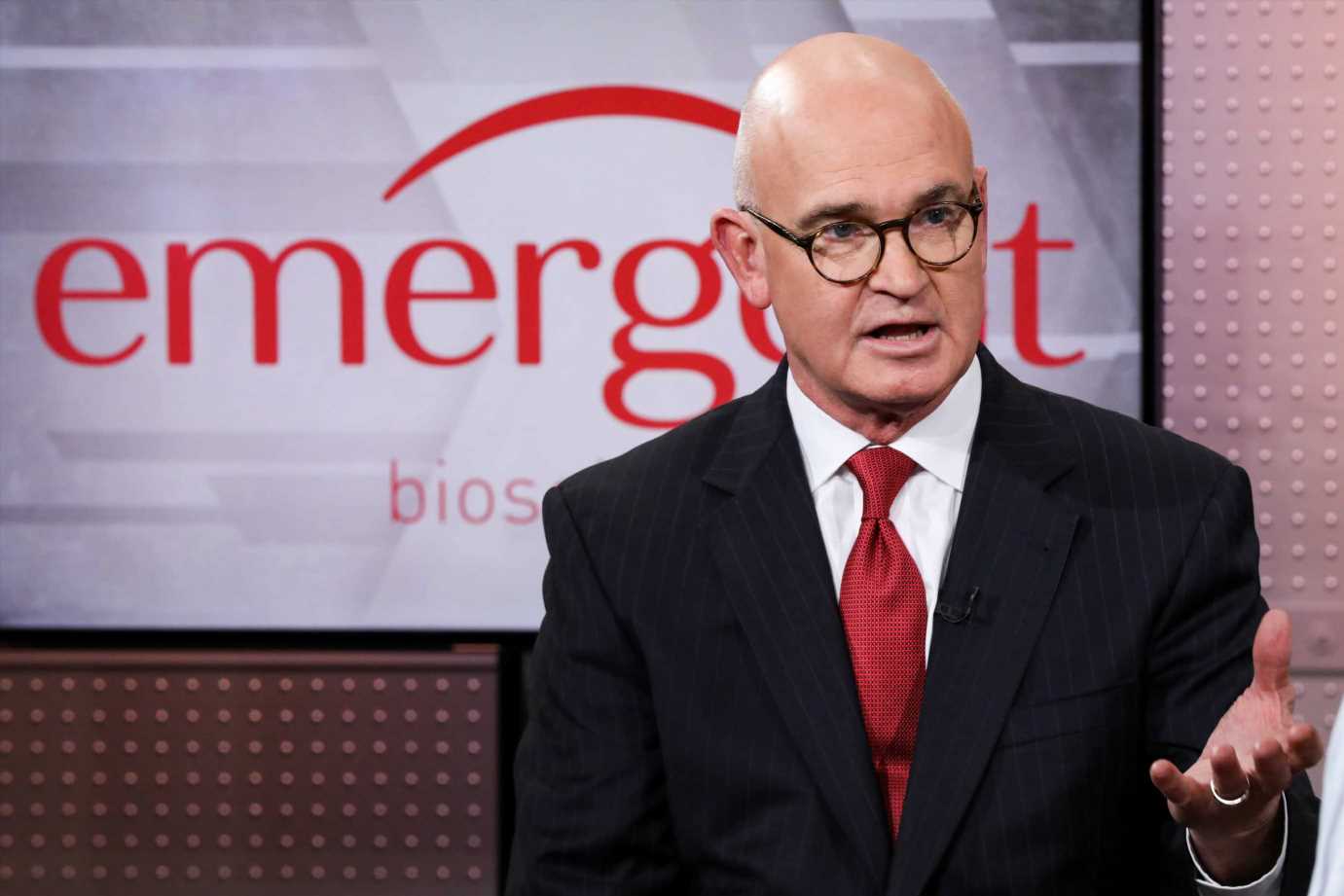 The Gaithersburg, Maryland-based contractor last year landed a multi-year deal to be the domestic producer of the Covid-19 vaccine from Johnson & Johnson, whose single-dose shot was cleared for use in the U.S. over the weekend. It also has a multi-year contract production contract for a vaccine developed by a British-Swedish biopharmaceutical company, AstraZeneca.

"We're now at the point where we have this infrastructure in place and we're producing on a daily basis, 24/7, both AZ and the J&J products," Kramer told Jim Cramer in a "Mad Money" interview. "We are operating at a level where our capacity is well in access of 1 billion doses annually for those products."

Emergent BioSolutions got started on the massive project last summer when it signed the five-year J&J contract, which is valued at about $480 million for the first two years. That followed a $135 million deal in the spring that reserved manufacturing capacity for the project, which got underway this year. The effort is supported by the U.S. government's Operation Warp Speed created to support bringing multiple vaccines to market.

The partnership with AstraZeneca's Covid-19 vaccine lasts three years. The value of the contract is $174 million through 2021, in addition to an $87 million deal that was struck to secure production space.

Emergent BioSolutions committed the remaining years of its relationship with J&J to meet annual vaccination needs in the future. The vaccine is being produced at Emergent BioSolutions' Baltimore Bayview facility, which is one of three Centers for Innovation in Advanced Development and Manufacturing that was designated by the U.S. government as a rapid vaccines and therapeutics manufacturing site.

"Because of the large scale infrastructure, we were able to take on J&J and AZ's products and scale it at a significant level to get the throughput," Kramer said.

Shares of Emergent BioSolutions sold off 4.6% Wednesday as part of a negative day of trading on Wall Street. The session pared back the stock's gains on the year to 5.73%. The stock rallied 65.19% in 2020.

In addition to Emergent BioSolutions, the White House earlier this week struck a deal with Merck to help accelerate the production of rival J&J's one-dose vaccine. The combined efforts, alongside the two-shot vaccine regimens from Pfizer and Moderna that are being administered across the country, will help the country vaccinate all adults earlier than expected, according to the White House.

President Joe Biden announced Tuesday that he expects the U.S. to have a vaccine supply of 300 million within the next few months, which he says is substantial enough to reach all adults. He also moved the projected timeline for building up that supply to May from the end of July.

J&J expects to deliver 20 million shots in the U.S. this month, while a total of 100 million doses are planned to be distributed in the first half of this year.