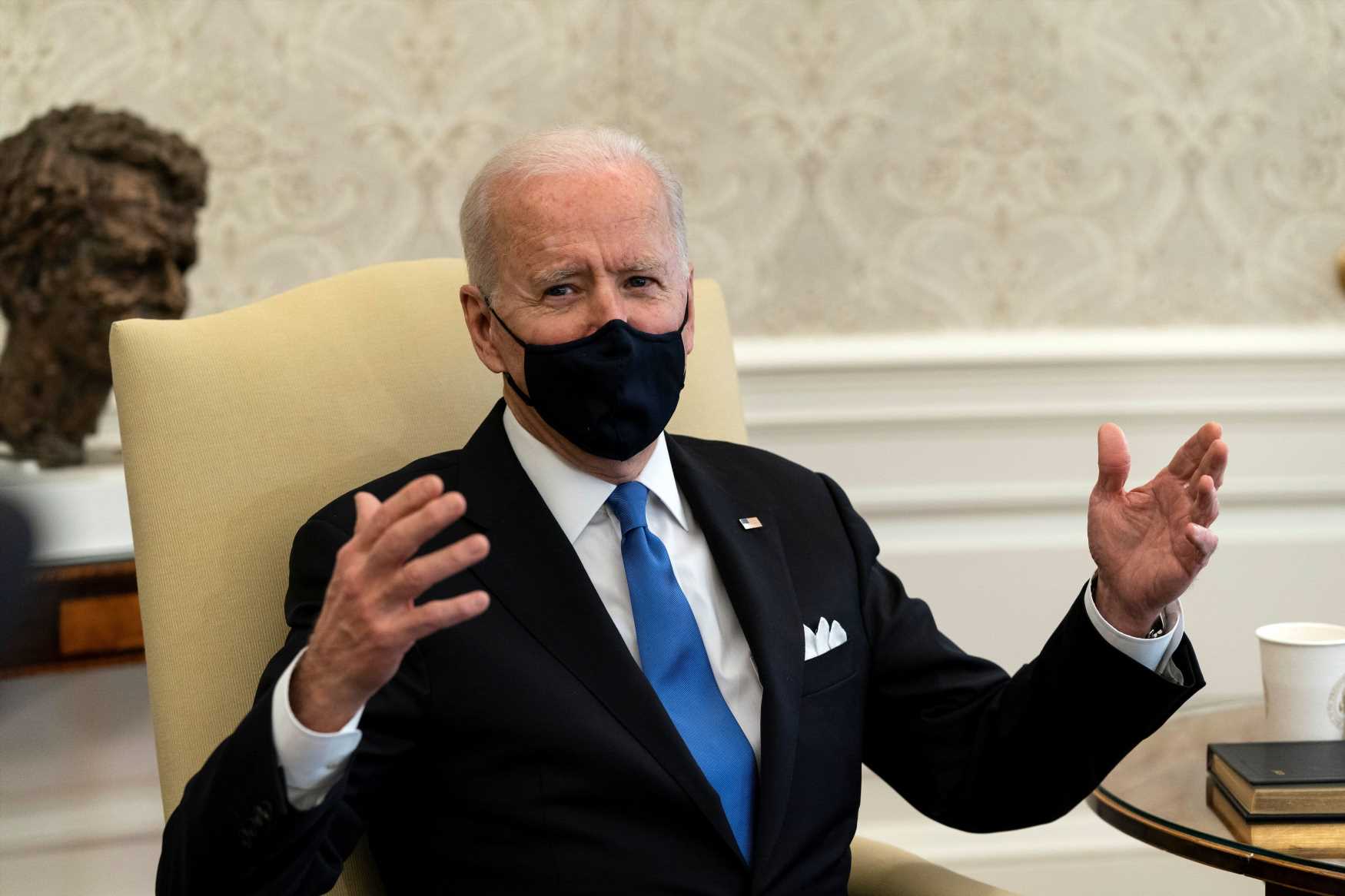 Texas Gov. Greg Abbott and Mississippi Gov. Tate Reeves, both republicans, announced Tuesday they would allow businesses to reopen at 100% capacity and lift mask mandates. Biden's remarks were in response to shouted questions from the press specifically about the two states.

"Look, I hope everybody's realized by now these masks make a difference," Biden told reporters at the White House. "We are on the cusp of being able to fundamentally change the nature of this disease because of the way in which we're able to get vaccines in people's arms… The last thing, the last thing we need is Neanderthal thinking, that, 'In the meantime, everything's fine. Take off your mask. Forget it.' It still matters."

"I know you all know that," Biden told reporters. "I wish the heck some of our elected officials would."

In response to Biden's remarks, Reeves tweeted that "Mississippians don't need handlers. As numbers drop, they can assess their choices and listen to experts. I guess I just think we should trust Americans, not insult them."

In announcing their decisions, Reeves and Abbott both cited the declining number of new Covid-19 cases and the increasing availability of vaccines as reasons for ending the restrictions. But federal officials have been warning that the decline in new cases appears to be stalling out and that the emergence of new coronavirus variants could lead to a resurgence.

Representatives for Abbott did not immediately return CNBC's request for comment.

Both governors struck a similar tone in making their announcements Tuesday, saying that people should still follow public health guidance, but that statewide mandates are not appropriate. Despite the rollback of the restrictions some businesses in both states have said they will still require masking in their stores.

On Monday, before the two governors made their announcements, Dr. Rochelle Walensky, director of the Centers for Disease Control and Prevention, warned state officials against lifting public health restrictions too quickly.

Over the past seven days, the U.S. reported an average of more than 65,400 daily new cases, according to data compiled by Johns Hopkins University. That's far below the peak of about 250,000 new cases every day that the country was reporting in early January, but it's still well above the rate of infection the U.S. saw over the summer when the virus swept across the Sun Belt.

"At this level of cases, with variants spreading, we stand to completely lose the hard-earned ground we have gained," Walensky said Monday. "With these statistics, I am really worried about more states rolling back the exact public health measures we have recommended to protect people from Covid-19."

"Please hear me clearly: At this level of cases with variants spreading, we stand to completely lose the hard-earned ground we have gained," she said.