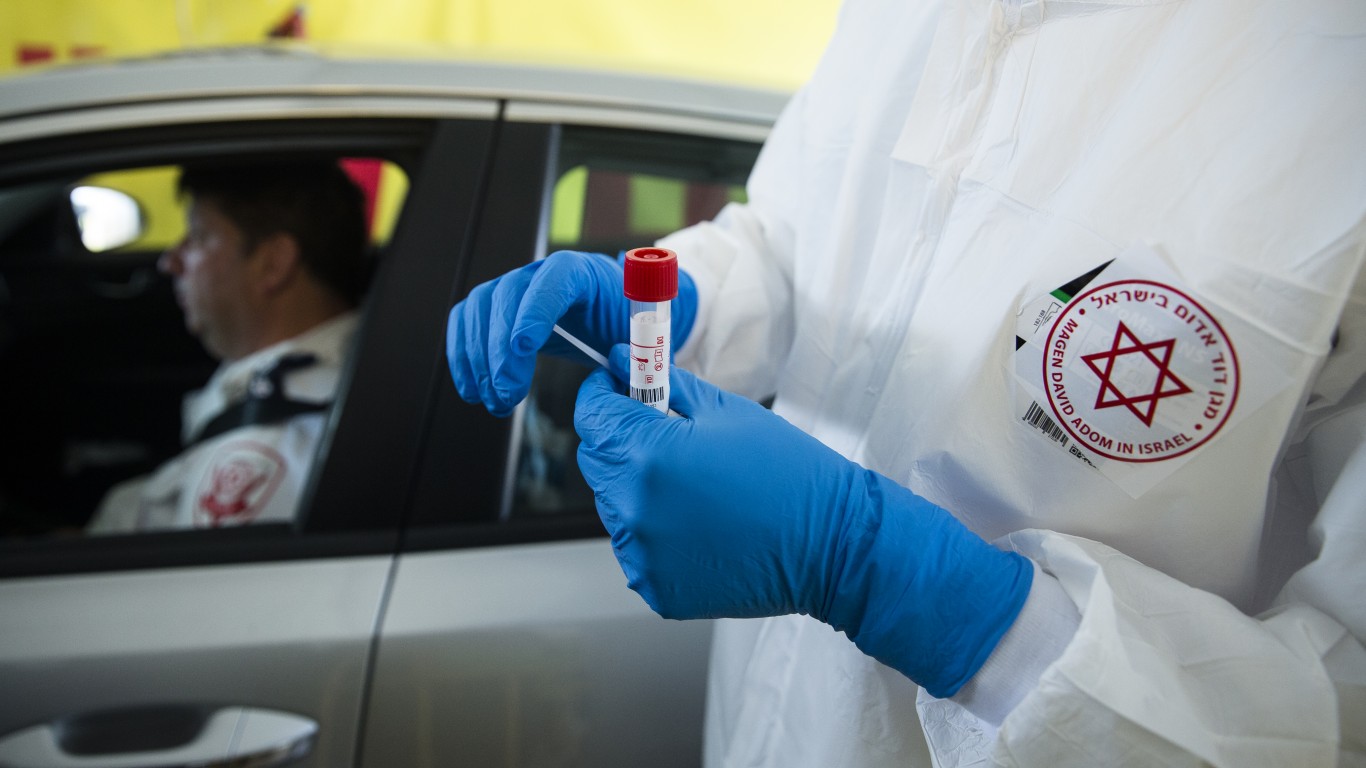 The surge of the COVID-19 pandemic across America has slowed. Nevertheless, 515,138 Americans have died, about 20% of the worldwide number. And the U.S. has 28,761,741 confirmed cases or about 25% of the global numbers. As has been the case since the start of the spread, some parts of the country are much harder hit than others.

Containing COVID-19 in America and trying to get the nation back to “normal” has become a race of sorts. Vaccines have become a relatively new weapon. Those approved from Prizer and Moderna have been shown to be over 94% effective. Another from Johnson & Johnson will likely be approved within days. The rollout has been slow, however. Other nations, particularly the U.K. and Israel have vaccinated much higher portions of their adult populations than the U.S. has. About 14% of American adults have received at least one dose, and less than 7% have received two. All in all, 94,300,910 does have been delivered and 70,454,064 shots have been given.

The pace of vaccinations has become more urgent because of variants. The CDC has identified three. On its “US COVID-19 Cases Caused by Variants” page, the agency says it has identified almost 2,200 reported variant cases in 45 states. The fastest-growing of these, from the U.K., is the one epidemiologists are most worried about. Other variants may have emerged, particularly one in California. However, none has shown up on the official CDC public-facing radar.

Among the measure used to track COVID-19, several go beyond raw numbers. One of those used most often is deaths and cases per 100,000 people. This allows for apples to apple comparisons across states and counties regardless of the sizes of their populations. Based on this measure, the state with the lowest deaths per 100,000 is Alaska at .02 taken on average over the last seven days. By contrast, the state with the worst number is Virginia at 1.84.

In Alaska, the county with the lowest count is Haines Borough where the figure is zero. It has not posted a death in the last seven days. The figures for Denali Borough and Bristol Bay, Lake and Peninsula Boroughs are the same.

Haines Borough, according to the U.S. Census, had a population of 1,863 last estimated on July 1, 2019. It spreads over an area of approximately 140 square miles. The median household income in Haines Borough is $61,842, slightly below the national figure. The 6.1% poverty rate is much better than the figure for the entire country. About 76% of the population is White. Another 12% is native Americans.

Hopefully, at some time in the next several months, the death profile of every country in the country will look like Haines Borough. Right now, that depends a great deal on the race between vaccinations and the spread of variants.