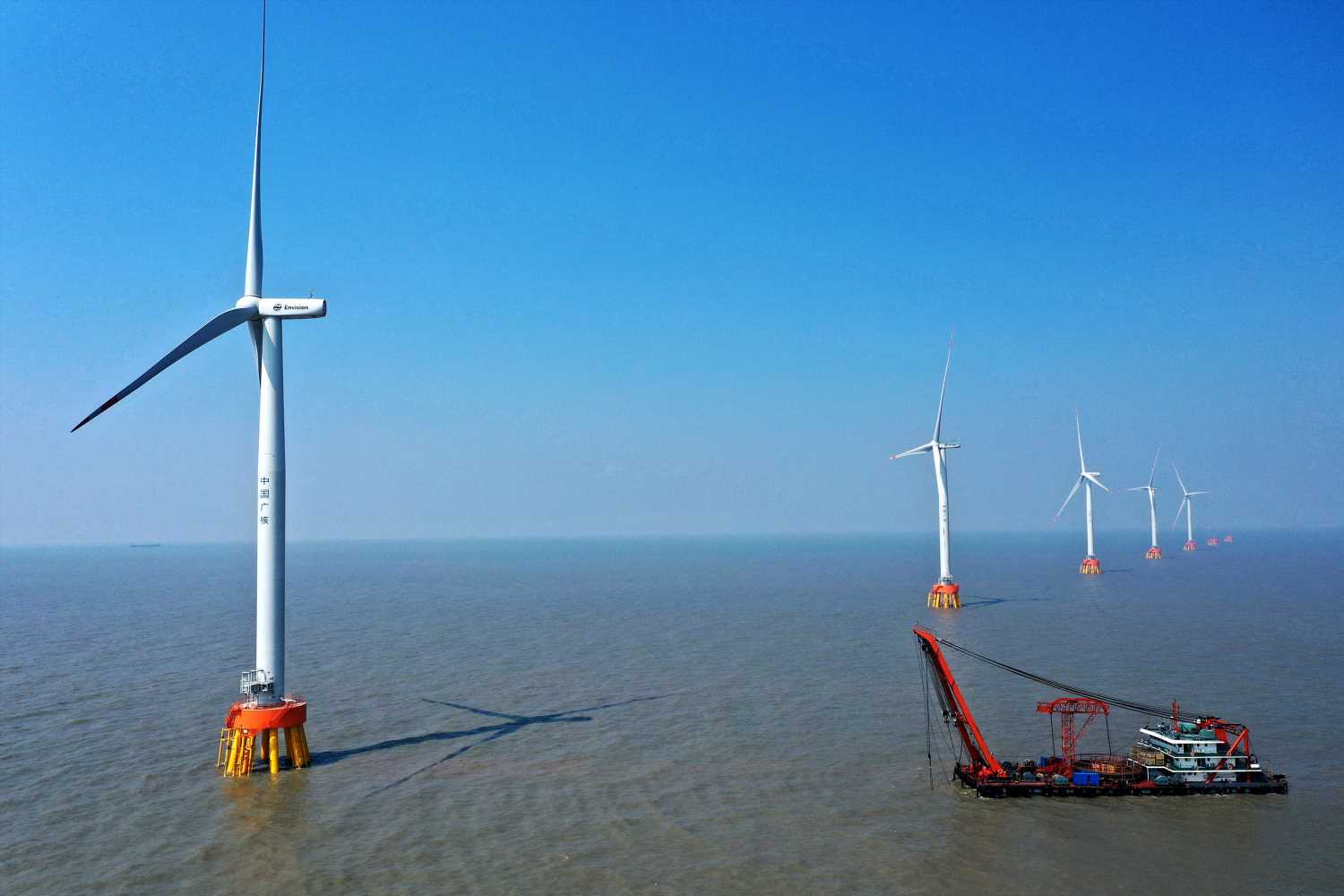 The world added more than 6 gigawatts (GW) of new offshore wind capacity in 2020, with China responsible for over half of installations in the sector, according to new figures published Thursday.

The data, from the Global Wind Energy Council's market intelligence unit, shows China installed 3.06 GW last year. Its nearest rival, the Netherlands, installed a little under 1.5 GW of capacity. The U.S. installed just 12 megawatts of offshore capacity last year. For three years in a row now, China has been the number one country for offshore wind installations.

Despite the coronavirus pandemic, the GWEC, an international trade association for the sector, said offshore wind was still able to enjoy its second best year for installations.

The U.K. remains the number one market for cumulative installations, with over 10.2 GW of capacity, closely followed by China, which now has just under 10 GW.

All in all, global offshore wind capacity stands at more than 35 GW, the GWEC says. Capacity refers to the maximum amount of energy that installations can produce, not what they're necessarily generating.

"Although China was hit first by the COVID-19 crisis, the impacts on the offshore wind sector were minimal, resuming 'business-as-usual' as early as March 2020," Feng Zhao, who is head of market intelligence and strategy at the GWEC, said in a statement.

He went on to explain that while Europe remained the world's largest offshore wind market, the Asia-Pacific region would "play an increasingly important role driving industry growth," noting that both Japan and South Korea had recently laid out "ambitious offshore wind targets."

"The U.S. will also become an increasingly important market for offshore wind, as the new administration has made it clear they are working to accelerate growth of this crucial industry," he said.

In an address to the United Nations last September, President Xi Jinping said China was targeting peak carbon dioxide emissions by 2030 and carbon neutrality by the year 2060.

Xi's announcement generated a great deal of interest at the time, not least because China is an industrial powerhouse and the planet's biggest emitter of carbon dioxide.