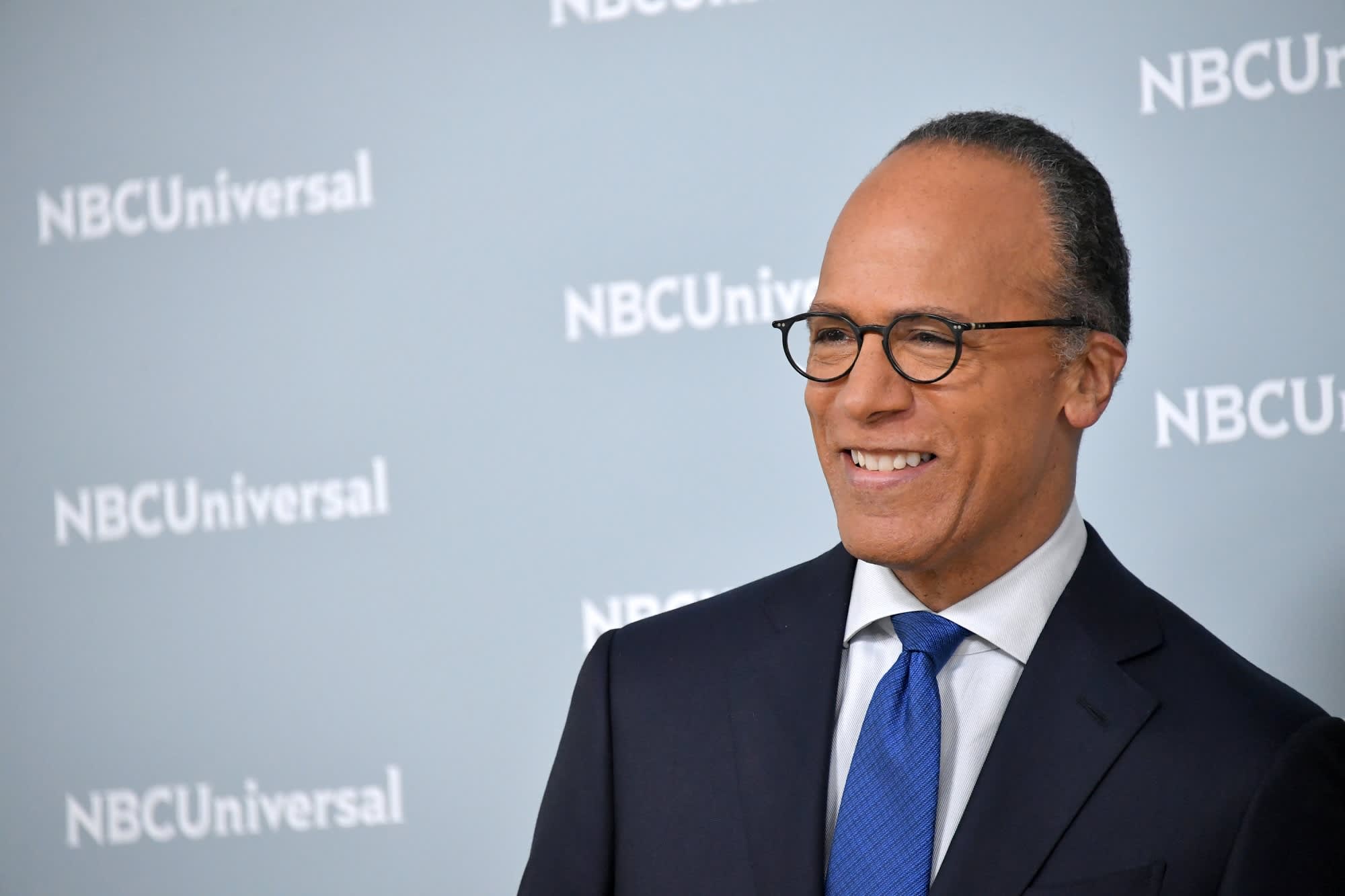 It's time to start thinking about a new business model for news.

In the past year or so, nearly every media company has launched a subscription video-on-demand (SVOD) service. Most haven't incorporated their full news divisions into the products, which are dominated by entertainment.

Only ViacomCBS's soon-to-launch Paramount+ includes all of CBS's local and national news content on a live basis. ViacomCBS doesn't own a cable news network.

For decades, TV news — both local and national — has been a major beneficiary of the pay-TV bundle. Relatively cheap to produce, live TV news served a public good and filled up air time. Broadcast channels CBS, NBC and ABC spend multiple hours each day airing local and national news. CNN, Fox News and MSNBC air news and related programming all day and night. The networks make billions of dollars by charging affiliate or retransmission fees to pay-TV providers and advertising time to brands.

Today, media executives are planning for a future where there are only 50 million U.S. pay-TV households — down from about 75 million today. News will almost certainly stay in the traditional pay-TV bundle for as long as it survives. But as eyeballs drop, the underlying business will get progressively worse.

"The linear bundle will evolve into a mostly live offering of sports, news and events," MoffettNathanson analyst Michael Nathanson wrote in a note to clients this week. "News consumption has started 2021 off on a surprisingly strong footing, but we obviously worry about sustainability and compares over the year. How much longer can news hang on given such a strong 2020? It is hard to see sustained momentum to match 2020 levels."

It's unclear how news fits into a streaming world

"News doesn't have that many viewers, and there's nothing that's going to change that," Greenfield said. "News won't go away. Local news will exist. Cable news will exist. They'll just all be smaller businesses."

Last month, CNN, Fox News and MSNBC all drew about 1.3 million viewers during the day — and January was a lively month for news, with the Capitol insurgence and presidential inauguration. During the month, about 2 million households watched an average 6 pm or 11 pm local news broadcast in New York, the largest U.S. market, if you add up all of the networks (ABC, CBS, NBC, FOX and CW), according to data from the TV Bureau of Advertising.

It's still possible Disney, WarnerMedia and Peacock will eventually just package in live news with their existing streaming services. But news has outsized advertising value because it's watched live and commercials can't be skipped. Simply packaging news into SVOD services seems like a wasted opportunity to monetize valuable programming that's sought after by advertisers.

"There is no reason why any media company cannot have a successful have a successful news operation by any key performance indicator," Tanner said. "It is not a far-fetched concept for a news business to be self-sustaining, profitable, growing, innovative and successful."

In the coming years, it's highly likely streaming services will rebundle akin to a cable TV package. We've already seen the first hint of it with ViacomCBS's partnership with Apple TV+ — a $9.99 per month bundle of Apple TV+, CBS All Access and Showtime. These bundles will almost certainly grow in content offerings and in price.

What if news products did the same thing? Consumers could pay for a streaming entertainment bundle and, separately, a news bundle.

For the first time ever, a consumer could conceivably buy a subscription to CNN, Fox News, The Washington Post and The New York Times for a discounted price. The model won't be as profitable as the cable bundle, because subscribers will still only be news consumers, rather than the entire populace of TV watchers.

But a news bundle could expand subscribers for historically print publications looking to grow digital subscriptions while also creating a larger audience for TV news outside of the cable bundle.

Offering a bundle of print and TV news may also be a step toward fighting off disinformation, said Helen Lee Bouygues, founder of The Reboot Foundation, which aims to combat fake news and to help improve critical thinking.

"The best way to combat disinformation is to consume a variety of quality sources of information — the best of which you have to pay for," Bouygues said. "A bundle would be great, but is there demand for it?"

Hard to focus on the future

"Figuring out a new business model for news is the challenge of our time, and one I have been trying to figure out," said Mosheh Oinounou, the president of Mo Digital, who helped launched CBSN and now consults news organizations on their streaming strategies.

The concept of a bundle may be too futuristic for executives who need to get their financial houses in order before they start thinking about new business models.

"That's not to say it wouldn't work," said Tanner. "But there are steps every news organization need to take before doing something that creative."

The first step may be to increase the desirability of digital news for advertisers.

Oinounou estimates the news frenzy around Donald Trump's presidency allowed news companies to delay any dramatic shifts to their business models for five years. Trump's consistent appearances on Fox News and the daily swirl of controversies and news boosted ratings for every news network and kept media companies focused on the status quo.

Digital advertising continues to net pennies on the dollar compared to TV spots. Media executives are focused on where the money is, and it's still not in digital, Oinounou said.

"The fundamental economics of digital versus cable does not incentivize any of these guys to put their best stuff outside of the bundle," Oinounou said. "The reality is all these companies should be devoting the majority of their resources, time and attention to figuring out digital. But it is 2021, and it is still not happening."

The moment may be right to think about new distribution methods. There's been a wave of new leadership at many of the largest news organizations in the past few months. Meredith Kopit Levien took over as the The New York Times CEO in September. L.A. Times executive editor Norm Pearlstine stepped down in December. The Washington Post's executive editor Marty Baron is retiring. CNN head Jeff Zucker said Thursday he plans to leave at the end of the year. Stephen Adler, editor-in-chief of Reuters for the past decade, announced he would be retiring in April.

Last week, James Goldston, the president of ABC News for the last 17 years, announced he would be stepping down on March 31.

"I've decided this is the right moment to move on as this incredible era of news ends and another begins," Goldston wrote to his colleagues.

What he didn't say was this past era was incredible in part because TV executives didn't have to worry about making money. The next era's leaders may not be so lucky.

Disclosure: Comcast-owned NBCUniversal is the parent company of CNBC.

WATCH: How to combat disinformation on social media

It's possible some live news will be baked into streaming products. ViacomCBS's CBS All Access — soon to be renamed Paramount+ — already includes both live local and national news with its $5.99 per month streaming service.

— especially in an age where so many products are advertising-free or have options to eliminate ads. The primary business draw for cable news is reacting live to events happening real time. This is beneficial for advertisers, who are looking for ways to get in front of customers without having commercials skipped.

Currently, streaming news is a bit of a free for all.

Disney's Disney+ and Hulu don't include ABC news at all. That's available only on ABC.com or through the ABC application.

Most local TV affiliates aren't owned by and Fox. Instead, they're owned by smaller companies that make money off the retransmission fees of the affiliates — companies like Sinclair, TEGNA, Gray Television and Nexstar.

Beyond local news, there's a lack of clarity how live cable news will work in a streaming world. Live news — both local and cable — and sports continue to be exclusive to the cable bundle. With millions of U.S. households canceling cable each year, there's some evidence news will be folded into entertainment streaming services.

NBC offers NBC News Now — a live streaming news network — on Peacock, but CNBC and MSNBC remain cable only. AT&T's HBO Max hasn't made a decision on whether it will eventually include live news in its service, and there won't be a decision on that for a while, according to people familiar with the matter. Instead, AT&T is working on a separate CNN streaming service outside of HBO Max. Fox offers Fox News as a separate streaming product called Fox Nation for $5.99/month.

It's possible these smaller affiliates could do streaming licensing deals based on geography with NBCUniversal, ViacomCBS, Disney and 21st Century Fox, but that's messy and based on old anachronistic technology — that certain programming can only be seen in certain regions.

It's also possible local news could bundle together and offer a paid service as an add-on to the major entertainment streaming services. But if local news is now an add-on, rather than an included part of everyone's media diet, it's hard to envision people s

It's inarguable that America has a disinformation problem.

Nominations are open for the 2021 CNBC Disruptor 50, a list of private start-ups using breakthrough technology to become the next generation of great public companies. Submit by Friday, Feb. 12, at 3 pm EST.