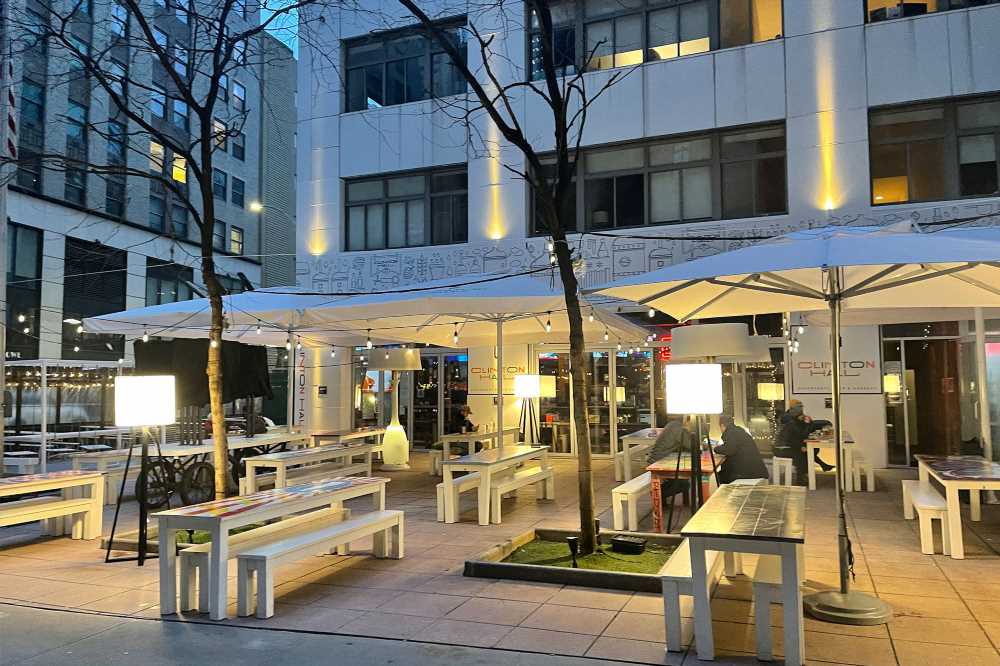 How to live like a Broadway star — for less

Big Apple sports bars normally look forward to the Super Bowl, but this year’s 10 p.m. outdoor-dining curfew is expected to leave them cold.

The big game will extend past the curfew, forcing restaurants to shut off their big screens and kick out patrons at halftime. Unless the curfew is lifted, restaurant and bar owners say they don’t expect anyone to show up at all.

The dilemma has owners pleading with Gov. Cuomo to extend the curfew so Super Bowl fans can watch the event together — even if seated six feet apart.

Cuomo already loosened the state’s coronavirus restrictions to allow 6,700 fans to watch the Buffalo Bills playoff game live from their home stadium for the first time since 1994. Fans just had to take an on-site COVID test before the game.

The New York State Restaurant Association is also calling on Cuomo to help small businesses by extending the curfew two hours to 12 a.m. — and to resume indoor dining at limited capacity for Super Bowl night.

On its Twitter feed, the NYSRA wrote ahead of this past Sunday’s Bills-Kansas City Chiefs game: “wouldn’t you love to watch the entire @BuffaloBills AFC Championship game at your favorite restaurant or bar – masks on, following all rules & guidelines? Retweet if the answer is yes to a midnight curfew!”

Andrew Rigie, executive director of the New York City Hospitality Alliance, argues that watching the Super Bowl outdoors — or in limited capacity inside restaurants — will be safer than unregulated maskless gatherings in people’s homes, where COVID-19 had been spreading most rapidly.

Of 46,000 COVID cases from September through November 2020, just 1.43 percent were tied to bars and restaurants, the governor said last year. The vast majority of known exposures, 73.84 percent, came from private household gatherings.

But that’s “where people will go if restaurants are closed,” Rigie says.

Hatzigeorgiou shut down his 1,000-seat sports bar Slate during lockdown, but has kept his Financial District Clinton Hall open with lots of heaters and TVs. Now he fears no one will show up on Feb. 7 for the Super Bowl if they can’t watch the whole game.

“We have large heaters and eight to 10 large TVs,” he said. “It’s comfortable. But people aren’t going to come out for the Super Bowl if they have to leave at halftime.”

Stephen Brandman, CEO of hotel management company Journal Hotels, says he isn’t even putting TVs outside on the hotel’s rooftop during the Super Bowl unless the curfew is extended, even though the space can safely seat 65 people.

“We’re not committing to it,” said Brandman. “We don’t know where we will be at. It’s problematic. Who will go if you have to leave at the second quarter? It would be unbearably expensive and not worth it. It’s like leaving after the appetizers are served when you are expecting to go to dinner. It makes no sense.

“It’s not fair that there’s indoor dining in the Hamptons and New Jersey but not in the city. I think there should be curfew exemptions for special events. Closing early isn’t a very effective plan — and now some of these places will be closing forever.”

Phil Quilter, owner of the Taj Restaurant and Lounge, as well as Katra on the Lower East Side and the Craftsman in Harlem, said he can’t even properly gauge people’s interest in watching the Super Bowl at Taj unless the curfew is lifted.

“We advertised, but we didn’t get a response. People don’t want to be interrupted halfway through the event. You’d have to turn off the TVs mid-game and people don’t want to do it,” he said, adding that the icy temperatures don’t help either.