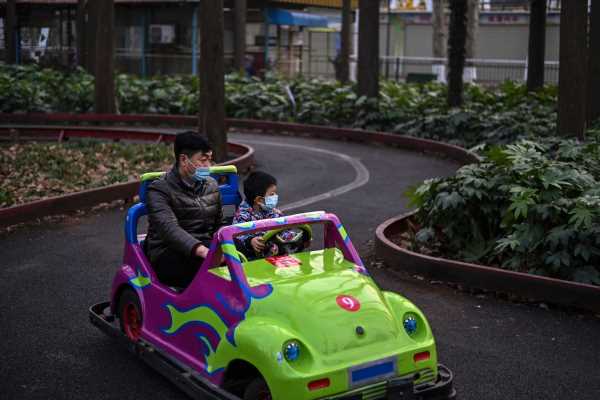 China’s provinces are targeting economic growth of at least 6% this year, with Hubei, the center of the coronavirus outbreak last year, expecting to hit double digits.

At least 12 provinces and cities have set economic targets for 2021 so far at their regional congresses, with the goals ranging from about 6% to above 10%. These give an indication of what could emerge when the National People’s Congress meets in March, with economists watching closely for a growth target after Beijing failed to set one last year amid the pandemic. An adviser to the central bank also said recently the practice should be dropped.

The virus lockdowns in 2020, which led to unprecedented economic contractions in the first quarter, will distort year-on-year comparisons and result in very strong growth rates in 2021. Economists surveyed by Bloomberg predict China’s economy will expand 8.3% this year, up from 2.3% in 2020.

In Hubei, where millions of people in the capital Wuhan were quarantined for 76 days last year, local authorities are targeting gross domestic product growth of more than 10% in 2021, compared with an estimated contraction of about 5% last year.

Wang Xiaodong, the provincial governor, said at a legislative meeting Sunday that the province wasn’t able to meet some of its economic targets last year due to the pandemic. Local authorities had rolled out measures to stimulate Hubei’s economy last year, including issuing shopping vouchers, cash subsidies, and offering tax breaks.

China was able to engineer a V-shaped recovery by getting Covid-19 under control, with fiscal and monetary stimulus and then an export boom making it the only major economy to have expanded last year.

Debate is growing about whether growth targets are necessary. Ma Jun, an adviser to the People’s Bank of China, suggested authorities should “permanently drop” the GDP goal and instead focus on stabilizing the job market and controlling inflation, the 21st Century Business Herald reported, citing his comments at a recent symposium.

The 31 administrative regions in China — not including the Special Administrative Regions of Hong Kong and Macau — usually disclose their growth targets along with detailed economic plans ahead of the annual parliamentary congress in March.

Here are some of the highlights from the regional meetings so far:

— With assistance by John Liu, Jing Li, and Matt Turner