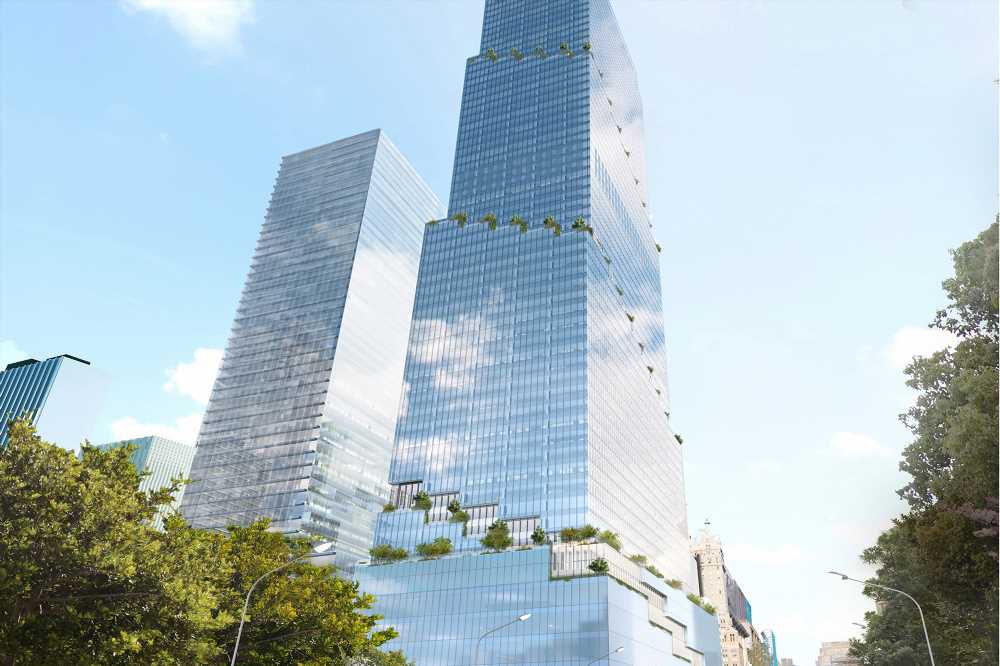 Why NYC mayoral frontrunner Andrew Yang is first for being crazy

In a pandemic raged economy, it's buying time in the NYC real estate market

On Park Avenue, a $1 billion tower is set to soar

Save us from the insane 'cultural appropriation' complaints about … food

It’s a milestone for the 1,041-foot-tall tower and for Tishman Speyer President/CEO Rob Speyer, who steered the project from the outset. But a greater satisfaction might be that its first signed office tenant was Pfizer Inc. — the pharmaceutical giant that produced a COVID-19 vaccine in record time.

“Pfizer’s team are the true heroes of COVID,” Speyer said. “We couldn’t be prouder.

“We were proud when we first signed the lease with them,” he said. “Now we’re over the moon.” Ground was broken soon after the signing in the long-ago summer of 2018. Pfizer is moving from several old buildings in the East 40s.The Spiral, or 66 Hudson Blvd., is designed by Bjarke Ingels Group architects. It takes up the whole block bounded by 10th Avenue and the Hudson Boulevard to the west, and by West 34th and 35th streets.

The spiraling rings of greenery will both energize and soften the corporate, curtain-wall façade. Once the terraces are planted in the spring of 2022, the tower will stand strikingly distinct from the harder-edge giants at Related Cos.’ Hudson Yards complex to the south.

After Pfizer signed on for 800,000 square feet of The Spiral’s 2.85 million square feet, two more large tenants came on board: Debevoise & Plimpton LLP and AllianceBernstein, bringing the project to just over 50 percent leased.

That’s another way of saying it’s nearly 50 percent NOT yet leased — a challenge in the pandemic-ravaged market that several other ground-up developers face as well.

But Speyer was confident when he spoke to The Post last week.

“We’re over 50 percent leased, and we have more than a year and a half to deliver,” he pointed out. (The Spiral is to be finished in the third quarter of 2022; Pfizer’s expected to move in soon after). “We have several conversations going with companies that are broadly representative of the city’s commerce.”

Normally, the first tenant to sign up for a new office building gets a better deal than those that follow. But the coronavirus upended that pattern, as developers must work harder to lure tenants to fill their remaining space in a climate of corporate downsizing and fear.

Terms of Spiral’s first three tenants have not been disclosed. But will Tishman Speyer offer better terms to tire-kicking future tenants?

“We haven’t lowered our asking rent,” Speyer said. But he seemed to leave wiggle room. “We will work with our customers to make it work for everyone. We’ll work with them to make a fair deal for everyone.”

Speyer predicted a big increase in leasing volume once the virus is hopefully brought under control by September. “Remember, many companies have delayed [real-estate] decisions pending the resolution of the pandemic.” he said. “That naturally creates pent-up demand.”

Except for a new lobby-entrance façade, it looks much the same from the street. But it’s a different story inside. Tenants will find a 7,000-square-foot amenities terrace on the 22nd floor, an 8,000-square-foot fitness and wellness center, ViewGlass windows that adjust automatically to sunlight, a sky lounge and a 9,000 square-foot food hall on the second floor. The nondescript old lobby was replaced by a double-height space that boasts a glass-and-stone circular staircase to the second floor.

The 667,000-square-foot tower is 55 percent occupied, its largest user being Nuveen itself and parent TIAA on the third through ninth floors. Nuveen office-sector head Chad Phillips called 730 Third Ave. “an important part of TIAA’s heritage back to the 1950s.” In addition, accounting firm Marcum LLP signed a lease for more than 70,000 square feet last February. Although the capital upgrades were set in motion before the pandemic, the owners describe the repositioned tower as “a model post-COVID office environment,” thanks to such features as touchless elevators and abundant outdoor space.

“Everything that was planned prepandemic works out perfectly, in a weird way, for postpandemic,” Amrich said.

Asking rents range from the mid-$70s per square foot to the mid-$80s at the top. Although many buildings new and old have giant blocks of space to fill, Amrich said 730 Third doesn’t pose the “big block” challenge of other addresses.

“We can lease floor by floor,” he said.

Amrich is optimistic about leasing prospects, thanks in part to the tower’s proximity to Grand Central Terminal. Like most brokers he’s also confident that employees will inevitably return to their desks.

“Work from home will once again be work from work,” he quipped.