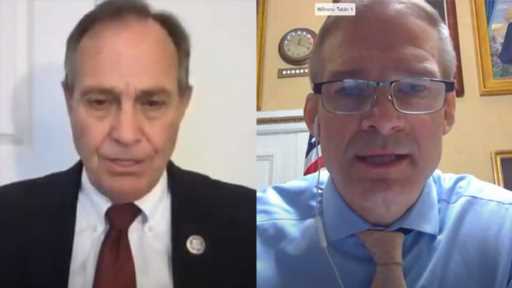 The tension was high Tuesday afternoon when the House Rules Committee met to debate a resolution calling for Vice President Mike Pence to convene the cabinet and invoke the 25th Amendment to remove President Trump from office before his term ends next week.

Early in the hearing, Rep. Ed Perlmutter, D-Col., asked Rep. Jim Jordan, R-Ohio, to say publicly that President-elect Joe Biden won the election. Jordan had no problem saying that, but he took issue with being asked to do so in the first place.

“I would just say, sort of from one lawyer to another, Mr. Jordan, in a cross-examine sort of way, isn’t it true that Joe Biden won the election?” Perlmutter pressed.

“It was a simple question,” Perlmutter said. “Isn’t it true Joe Biden won the election, yes or no?”

ROY BLUNT BALKS AT ATTEMPT TO IMPEACH TRUMP AGAIN: ‘NOT GOING TO HAPPEN’

“Well, you asked me a question, I got to give an answer,” Jordan said.

“I asked you a yes or no question. Please, we’re trying to bring this nation back together. Jim, jeez!”

Perlmutter said he does not like the House resolution calling for Pence and the cabinet to use the 25th Amendment, but he said he supports it because of the “injury” that the nation has suffered. Right now, he said, he wants a leader like Jordan to say Biden and Vice President-elect Kamala Harris won the election and will be taking office.

“You know who said that? The president of the United States has said that,” Jordan responded.

Tempers eventually died down, and both congressmen agreed to work together during the transition period to condemn violence and unite the country.