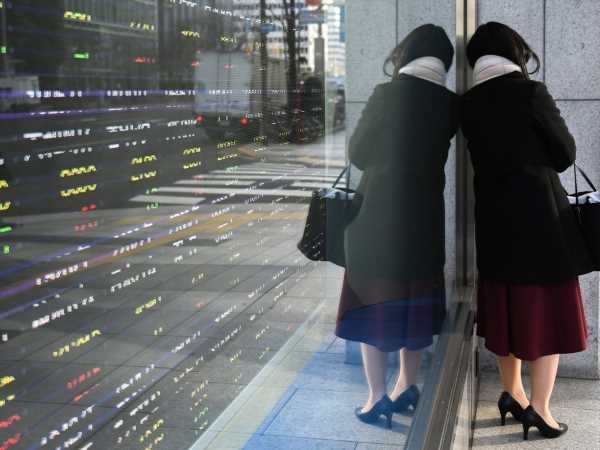 European stocks climbed and the euro edged lower after the European Central Bank said it will keep an easy monetary stance for as long as needed.

Federal Reserve Bank of St. Louis President James Bullard said getting through the pandemic remains the policy priority in remarks yesterday, a sentiment that was echoed by Boston Fed chief Eric Rosengren. That eased concern among nervous investors that the Fed might be headed for a repeat of the so-called taper tantrum in 2013, when the withdrawal of monetary stimulus unleashed volatility across financial markets.

“Coordinated comments from Fed governors” are helping to deflate bond yields, said Deutsche Bank AG strategists including Jim Reid in a note to clients. “We’ve only had seven business days this year and we’ve already had a full 360-degree tapering debate played out by the Fed.”

In Japan, the Nikkei 225 outperformed Wednesday, reaching a record in dollar terms. Equities also ticked up in South Korea, while Hong Kong shares were flat.

Oil futures in New York rose for a seventh session, climbing toward $54 a barrel in the longest run of gains since February 2019. The combination of an industry report pointing to another decrease in U.S. crude stockpiles, Saudi Arabia’s output cuts and a weaker dollar are all driving the run up in energy prices.

Here are some key events coming up:

These are some of the main moves in markets:

— With assistance by Steve Matthews, and Vivien Lou Chen