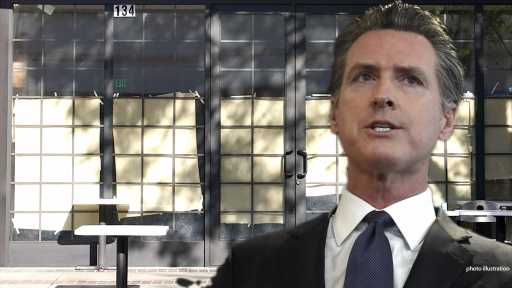 Former San Diego Mayor Kevin Faulconer, who has said he is seriously considering challenging Gov. Gavin Newsom in next year’s election, tells ‘Fox &amp; Friends’ that ‘there is a growing frustration throughout California.’

A renewed push to recall California Gov. Gavin Newsom has attracted more than 1 million signatures, with 9 weeks left to collect the remaining 500,000 needed to place the measure on the ballot.

Overall, the effort needs roughly 1.5 million people to sign on by mid-March, which would trigger a mid-year election.

"The people are being heard loud and clear, and it is not a matter of IF we are going to reach our goal necessary that will trigger a recall election of Newsom, it is just when we cross the finish line," Orrin Heatlie, the Lead Proponent of the official RecallGavin2020.com, said in a statement.

Randy Economy, a senior adviser to the recall Gavin Newsom 2020 official campaign, previously told Fox News that the campaign hoped to reach the threshold required to have the measure placed on the ballot by mid- to late-January.

Economy said the "grassroots" effort is nonpartisan, and includes supporters of Sen. Bernie Sanders, I-Vt., and fans of President Trump.

A spokesperson for Newsom’s office did not return Fox News’ request for comment.

California recall initiatives are not uncommon – though they rarely make it onto the ballot.

However, people may be particularly displeased with Newsom, who has faced criticism over a number of recent events, including for violating his own strict coronavirus restrictions when he attended an indoor dinner party late last year. Attendees at the expensive restaurant gathering were seated closely and were not wearing masks.

The California governor eventually apologized for the incident, deeming it a "bad mistake."

Newsom has also recently acknowledged that the coronavirus vaccine rollout in the Golden State is not proceeding as expeditiously as expected, while confirmed virus cases surge. Many states have found themselves facing similar vaccine distribution challenges.

Economy suggested supporters of the movement believe the governor mismanaged the coronavirus situation, adding that many small business owners in the state – like restaurant, boutique shop owners – have completely lost their livelihoods, while big-box stores, like Target, have been allowed to remain open.

Gray Davis, who was recalled in 2003, was the first governor recalled in the United States since 1921. Davis was ultimately replaced by Republican Arnold Schwarzenegger.