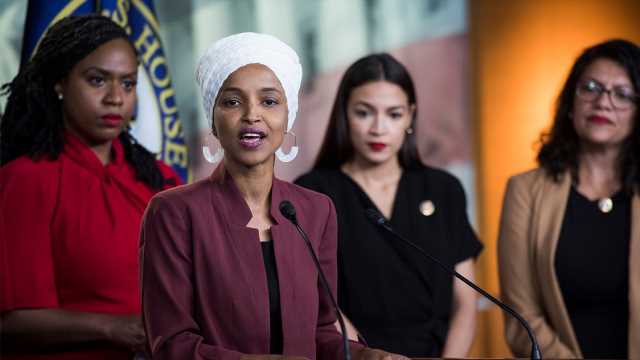 Ex-FBI special agent on inauguration security: ‘Most forward-leaning situation’ since 9/11

Progressive members of Congress are urging their colleagues to exercise restraint in responding to the attack on the U.S. Capitol on Jan. 6.

“We already have laws on the books,” tweeted Rep. Ilhan Omar, D-Minn., on Thursday. “Sorry, but you are just gonna have to learn to apply them equally.

Omar was one of the signatories to a Tuesday letter imploring congressional leaders like House Speaker Nancy Pelosi, D-Calif., not to expand U.S. national security powers.

“While we are not necessarily opposed to reforms to address the law enforcement and intelligence communities’ inability or unwillingness to seriously confront domest white nationalist violence, we firmly believe that the national security and surveillance powers of the U.S. government are already too broad, undefined, and unaccountable to the people,” read the letter from Omar and Reps. Alexandria Ocasio-Cortez, D-N.Y., Rashida Tlaib, D-Mich., and others.

Their pleas came just after former Secretary of State Hillary Clinton posted a joint podcast in which she and Pelosi called for a “9/11-type commission.”

The commission’s report precipitated the creation of the Office of the Director of National Intelligence (ODNI) and called for the creation of the National Counterterrorism Center (NCTC). Part of the post-9/11 war on terror entailed controversial surveillance powers that were criticized for potential infringements on civil liberties.

While it’s unclear how Congress will respond legislatively, multiple House committees sent a letter last week requesting documents from the FBI, Office of Intelligence and Analysis, ODNI, and NCTC.

“The Committees will conduct robust oversight to understand what warning signs may have been missed, determine whether there were systemic failures, and consider how to best address countering domestic violent extremism, including remedying any gaps in legislation or policy,” the letter read.