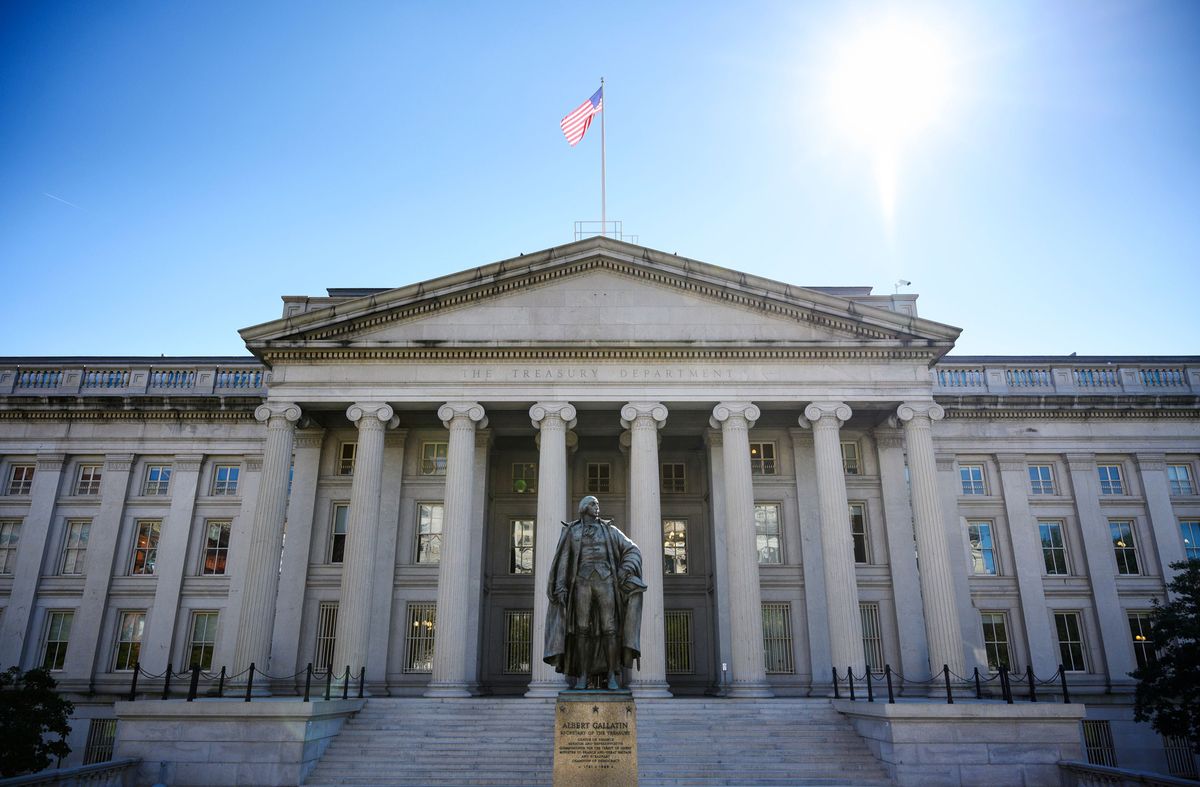 Treasuries traders are piling into one of the market’s favorite reflation wagers, driving the yield curve to the steepest in four years, in a move that still appears to have momentum with a wave of long-term auctions straight ahead.

The prospect of a unified Democratic government unleashed an aggressive selloff led by longer-maturity Treasuries this past week as investors repriced expectations for economic stimulus and debt issuance. While some of the move resulted from investors such as quant funds exiting bets on gains in Treasuries, that activity may have run its course, opening a path for the market to establish new short positions or steepener wagers.

Now some of the biggest bond dealers are suggesting ways to profit from the trend. TD Securities recommended a short 10-year Treasury position to target yields rising to 1.30%, a level unseen since February. The firm also initiated a steepener bet targeting a spread of 170 basis points for 5- to 30-year yields, around 30 basis points higher than now. Meanwhile, Citigroup Inc. called for a trade that will benefit if higher yields drive up stubbornly low rates volatility.

“It’s hard to fight the momentum right now” toward higher yields and a steeper curve, said Thomas Roth, head of rates trading at SMBC Nikko Securities. “The path of least resistance is higher rates right now, in part because of the big chunk of supply,” however “it may not be a one-way street.”

The rocky road ahead was evident Friday as markets swung on a report suggesting Democratic Senator Joe Manchin would oppose direct payments in any spending bill. Risk appetite then rebounded as he signaled he would assess any bill put forth by President-elect Joe Biden. Biden on Friday said the price tag of his stimulus package will be “high.”

The benchmark 10-year yield reached about 1.12% Friday, the highest since March. Pressure for higher long-term yields may persist in the week ahead, with the Treasury set to sell $38 billion of 10-year notes and $24 billion of 30-year debt, matching records for reopenings of the maturities. The department will also offer a record $58 billion of three-year notes.

With the rollout of coronavirus vaccinations brightening the outlook even as infections soar, inflation expectations have been rising along with yields. That trend may lead traders to conclude that the Federal Reserve won’t rush to halt or slow the push higher in yields.

Fed Vice Chair Richard Clarida said Friday that he’s “not concerned with a 10-year yield a touch above 1%.” If yields rise on optimism about the economy, “that is not something that troubles me.”

The 10-year U.S. breakeven inflation rate, a market proxy for annual inflation expectations, climbed above 2.10% this week for the first time since 2018. The 2-year measure is even higher amid surging oil prices. A breakout of these gauges may push traders to bring forward bets on Fed rate hikes, and signs of that are already emerging in eurodollar futures.

The direction of breakevens may depend in part on December consumer-price data set for release Wednesday. The consensus forecast is for a year-over-year annualized increase of 1.3%, still well short of the Fed’s 2% inflation target.

As inflation gauges climb, Fed comments on the prospect of tapering its bond purchases are drawing attention. Atlanta Fed President Raphael Bostic said Thursday that tapering may come earlier than expected, while Clarida said he doesn’t expect paring of asset purchases to begin this year. The central bank is buying about $80 billion a month of Treasuries.

The big question for those banking on higher yields is when or if international demand will kick in, because the revival of that appetite could derail steepener bets.

Levels such as 1.30% in the 10-year and 1.92% in the 30-year are seen as potential entry points for Asian investors. JPMorgan Chase & Co. has also flagged that yields are approaching oversold conditions.

“We certainly are oversold and vulnerable to a squeeze, but that might not come until after the supply,” said Roth at SMBC Nikko.