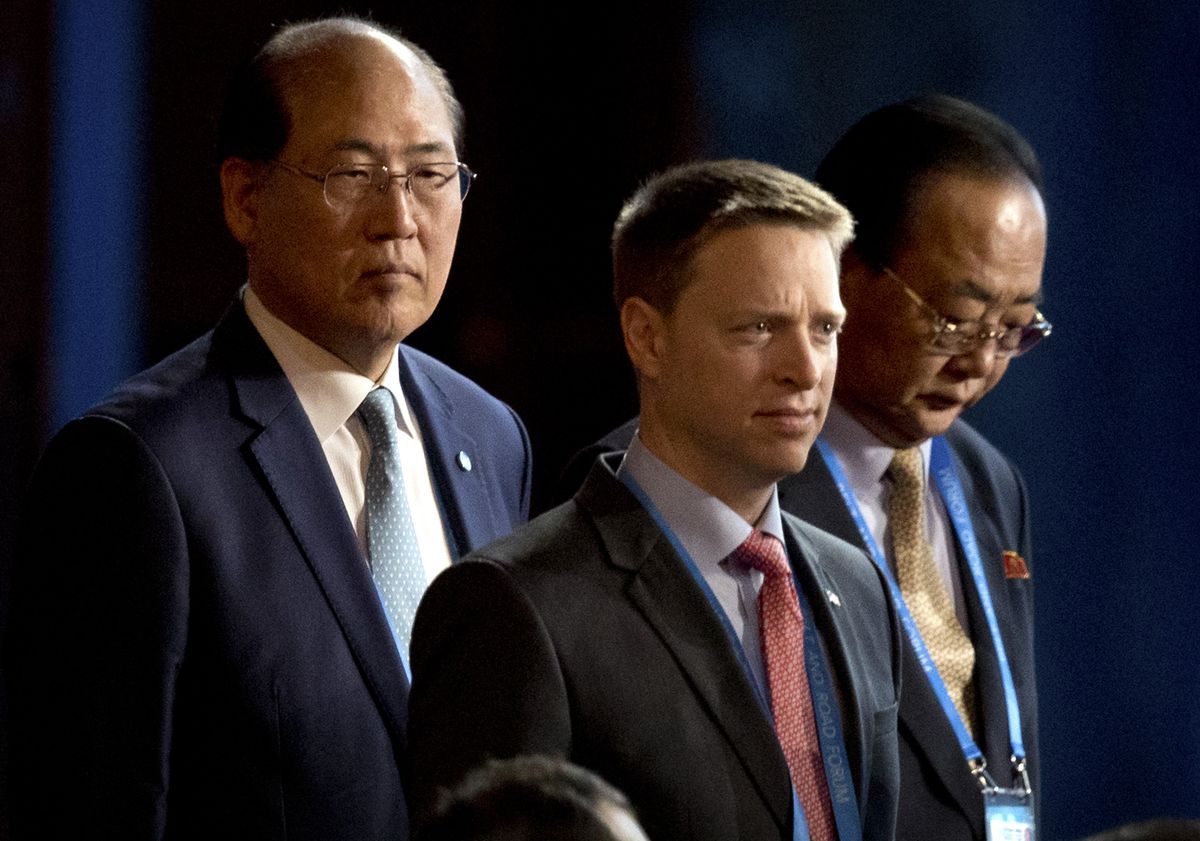 Donald Trump’s deputy national security advisor resigned and other White House officials are weighing departures after the president encouraged protests that led to his supporters storming the U.S. Capitol on Wednesday, according to people familiar with the matter.

The deputy, Matt Pottinger, was dismayed by the attack on the Capitol and Trump’s incitement of protesters, the people said. His boss, National Security Advisor Robert O’Brien, also considered leaving but was persuaded to stay on by allies on Wednesday, the people said. Also weighing a resignation is Chris Liddell, assistant to the president and deputy chief of staff for policy coordination.

A handful of aides already quit following the mayhem Wednesday at the Capitol, including first lady Melania Trump’s chief of staff.

Inside Trump’s White House, there is anger and consternation over the unprecedented violence that unfolded as Congress began counting Electoral College votes to confirm President-elect Joe Biden’s victory.

Before Trump held a rally with thousands of supporters outside the White House in the morning, he spoke with Vice President Mike Pence by phone, urging him to reject some of Biden’s votes while presiding over the count in a joint session of Congress. Trump told Pence that he could either be courageous or not, using a vulgarity, according to two people familiar with the matter.

During the rally, the president exhorted his supporters to march on the Capitol. Crowds swelled before protesters finally broke through police lines and entered the building just after the joint session got underway.

It took aides about 45 minutes to persuade Trump to issue a tweet urging protesters against violence after they entered the building, according to people familiar with the matter.

Those who tried to reason with the president included his chief of staff, Mark Meadows, and White House Counsel Pat Cipollone, the people said, asking not to be identified.

Meadows and the president’s daughter and senior adviser, Ivanka Trump, later persuaded Trump to film a short video he posted on Twitter, in which he repeated his unfounded claims of election fraud and held the protesters blameless for the violence while urging them to go home.

Trump walked back and forth between the Oval Office and White House dining room watching the events at the Capitol and was initially pleased by the disturbance, the people said — a reaction that alarmed many of his aides.

A deputy White House press secretary, Sarah Matthews, said she had resigned over Wednesday’s violence at the Capitol, in which an unidentified woman shot and killed by a Capitol Police officer, according to the Washington, D.C. police department. Three other people died of medical emergencies as the Capitol was breached, the municipal police said.

“As someone who worked in the halls of Congress I was deeply disturbed by what I saw today,” Matthews said in a statement. “I’ll be stepping down from my role, effective immediately. Our nation needs a peaceful transfer of power.”

A State Department spokesman, Gabriel Noronha, criticized Trump in a tweet from his personal account late Wednesday, saying he “fomented an insurrectionist mob that attacked the Capitol” and “needs to go.”

QuickTake: Why Trump, Yet Again, Prompts Talk of 25th Amendment

Some of Trump’s loyalists were angry that O’Brien signaled his displeasure with the president in several tweets on Wednesday, including one that openly praised Vice President Mike Pence after he defied Trump’s demands that he unilaterally reject Electoral College votes for Biden.

The post was interpreted within the White House as criticism of Trump, according to people familiar with the matter.

I just spoke with Vice President Pence. He is a genuinely fine and decent man. He exhibited courage today as he did at the Capitol on 9/11 as a Congressman. I am proud to serve with him.12:03 AM · Jan 7, 2021

9.3K people are Tweeting about this

Trump acted out of anger toward Short for multiple reasons, according to people familiar with the matter, including a New York Times report that Pence had privately told him Tuesday he would not seek to halt the certification of Biden’s Electoral College victory. Trump blamed Short for the story, one person said. Another person said Trump doesn’t trust Short, and Short doesn’t like Trump.

Short was at the building on Wednesday anyway, according to one person familiar with the matter.

— With assistance by Nick Wadhams