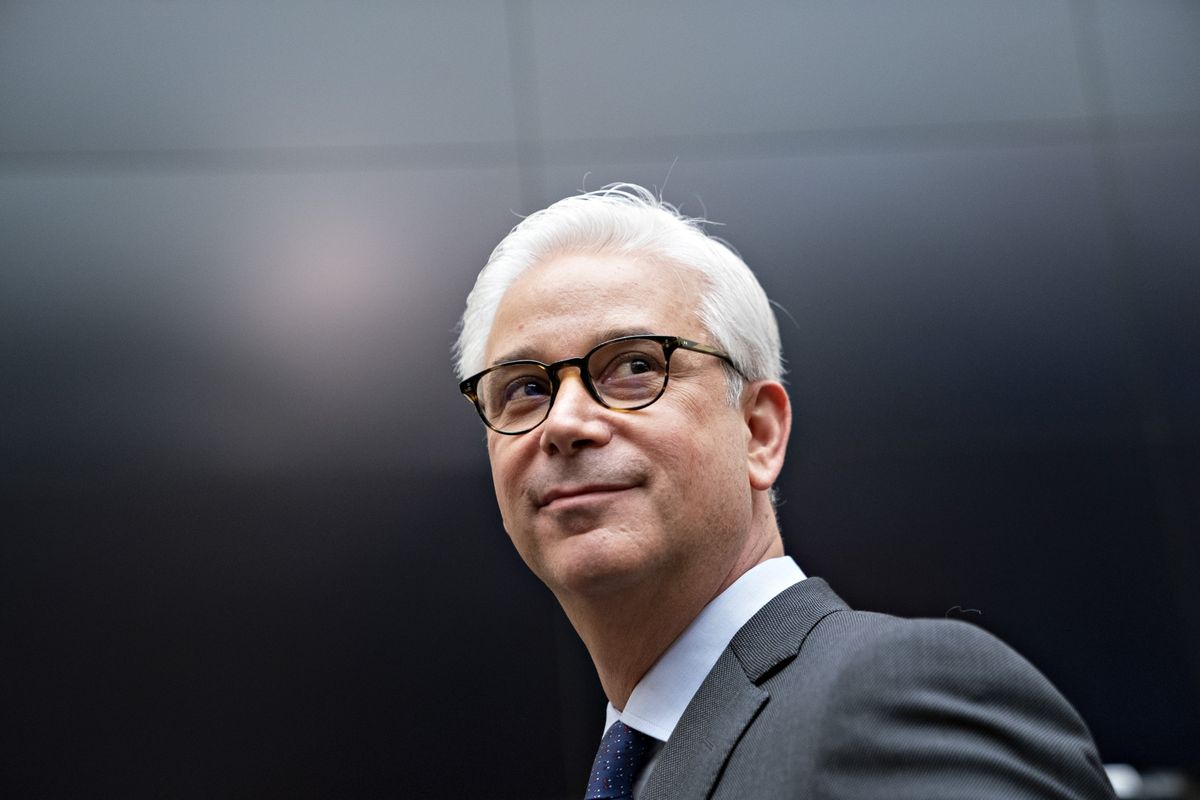 Wells Fargo & Co., rarely seen as a major force in the world of trading and dealmaking, aims to expand its investment bank in coming years.

It’s part of a strategy Chief Executive Officer Charlie Scharf has been developing since taking over the troubled consumer and commercial banking giant 14 months ago from its offices in New York, according to senior executives. The push would take the fourth-largest U.S. bank a step closer to emulating some of its biggest rivals, including JPMorgan Chase & Co., where Scharf spent over a decade before running Visa Inc. and Bank of New York Mellon Corp.

Inside Wells Fargo, managers say they intend to build a more commensurate presence on Wall Street, where the firm ranks a mere ninth in capital markets and deal advisory, by focusing on business lines and industries where it already has credibility. That would translate, for example, to providing more underwriting and merger advice to corporate clients, but also lending to hedge funds looking to ramp up bets.

Scharf has been running the San Francisco-based company with a mission to overhaul operations after scandals eroded earnings and led the Federal Reserve to slap a cap on the bank’s assets, now at about $1.92 trillion. While he’s made appeasing authorities his top priority, he also launched a deep review of the firm’s units and has begun taking key steps. Some parts of the company, such as its branch network, are being streamlined. Others, like its asset-management arm, have been tagged for potential sale.

But so far executives haven’t detailed their ambitions for the investment bank aside from general comments that it has potential.

The plan now emerging underscores Scharf’s interest in building up, rather than downplaying, that division. The caveat is it will take a few years for the expansion to gain momentum, especially with the asset cap in place.

The CEO began setting the stage last year when he broke the company’s three business lines into five — splitting the investment bank into a division that reports directly to him. He placed Weiss atop the unit. This month, it’s expected to begin publishing standalone results, giving shareholders numbers to assess its progress.

“Charlie wants to evaluate the business and grow the business,” Weiss said. “And that’s new and that’s exciting.” Giving the investment bank a direct line to the CEO’s office — rather than wrapping it into a larger division — had a “huge energizing impact on the entire team.”

Part of the offensive relies on Wells Fargo’s strengths in other areas. The company already runs a powerhouse commercial bank, providing loans and services such as cash management to legions of middle-market companies across the U.S. It’s also the nation’s top commercial real estate lender.

Executives plan to lean harder on those C-suite relationships to win more mandates underwriting sales of bonds and stocks. Operating committee members including Scharf are reaching out personally to company leaders to ensure Wells Fargo is included when they pursue deals, according to people with knowledge of the conversations.

The bank certainly has share to gain: The firm ranked sixth in underwriting U.S. investment-grade bonds last year and seventh in U.S. high-yield bonds, according to data compiled by Bloomberg. It ranked 14th in U.S. equity offerings.

Rivals such as Goldman Sachs Group Inc. are also offering more Wall Street services to middle-market companies. But Wells Fargo believes its longstanding connections to many such enterprises can still give it an edge in landing mandates for capital markets and advisory deals.

Wells Fargo executives also see opportunities to use the bank’s prowess in lending to do more business in markets.

“One area where we note that we are underpenetrated relative to some of our competitors is on the financing front,” Weiss said. “So whether that’s repo financing or equities financing, prime-services-type financing, those are areas that there’s no question we have significant upside in.”

Industry veterans will recognize elements of Wells Fargo’s approach. The company telegraphed similar ambitions more than a half-decade ago. Back then, the lender had just successfully navigated the financial crisis and was churning out record profits as competitors were still retrenching.

JPMorgan CEO Jamie Dimon even publicly predicted to his shareholders in 2014 that Wells Fargo would be “a major investment bank” within five years. Rainmakers at other firms soon began grousing privately that Wells Fargo was bidding more aggressively to win business including underwriting.

But in September 2016, Wells Fargo’s ambitions were tossed in limbo when a series of scandals erupted in its branch network. Congressional hearings and probes proliferated, and in early 2018 the Fed imposed a cap on the company’s assets — essentially limiting Wells Fargo’s growth — until its leadership addresses lapses. Privately, executives expect the firm won’t be able to get the cap lifted until late this year at the earliest.

“All other priorities have taken a back seat to risk and regulatory over the last four years, including whatever priorities the investment bank had,” Weiss said.

Even with the cap in place, managers see ways to earn more from the division. The need for doing so became all the more apparent amid the economic shocks of 2020, as rivals with larger trading operations pulled in billions of dollars in revenue from a flurry of market activity, offsetting their potential losses on loans. Wells Fargo’s stock tumbled 44% over the year, the worst performance among the nation’s largest banks.

Scharf has listed credit cards and wealth management as among other businesses that present opportunities for revenue.

Weiss is also a veteran of JPMorgan, spending 25 years at the firm and its predecessors before joining Wachovia in 2005, just a few years before its sale to Wells Fargo. He eventually rose to lead Wells Fargo Securities, as the investment bank was then known, from 2014 to 2017. The company’s leaders then assigned him to run its wealth and investment-management unit. But when Scharf arrived, he moved Weiss back.

To be sure, Weiss and other senior executives still hit the notes that long accompanied Wells Fargo’s past restraint. Scharf, for example, told analysts in October that the investment bank had been “very smart” in focusing on business lines where it had strengths. The firm likes stability and it won’t pursue growth at any cost, Weiss said in the interview.

“You can grow pretty quickly in investment banking,” he said. “All you have to do is mis-price a bunch of risk and you can grow as fast as you want. That is not what we’re going to do.”

— With assistance by Kara Wetzel