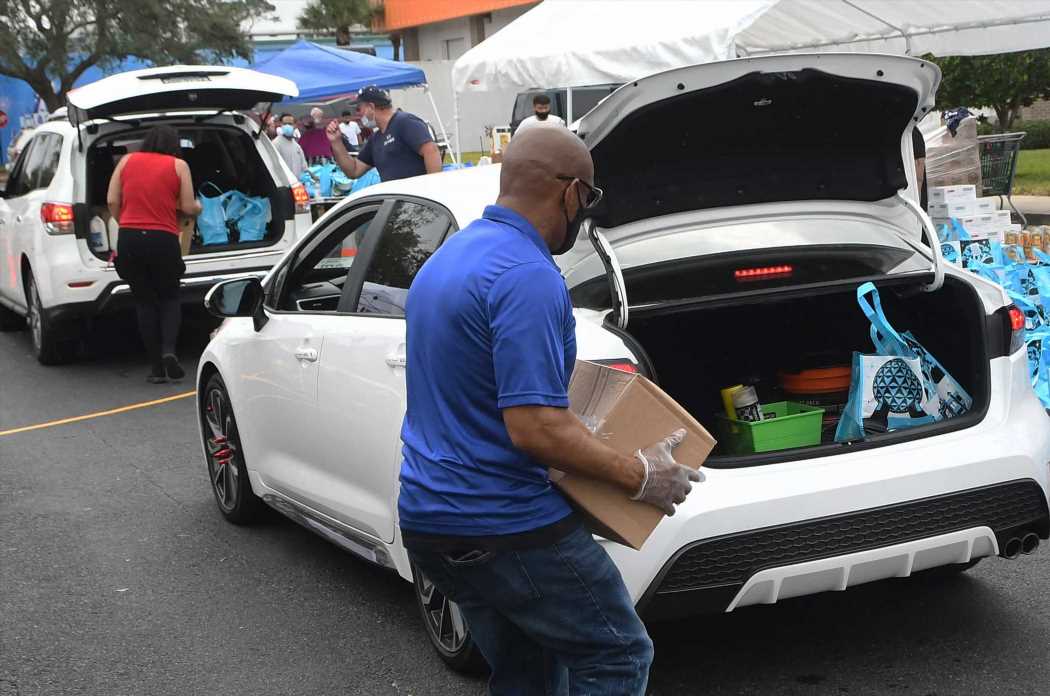 This is breaking news. Please check back for updates.

The number of first-time unemployment-benefits filers totaled 803,000 in the week ending Dec. 19. Economists polled by Dow Jones expected initial claims to rise to 888,000.

Initial claims for the previous week were revised higher by 7,000 to 892,000, the highest print since early September.

Continuing jobless claims, a proxy for the number of people receiving benefits via regular state programs, fell to a seasonally adjusted 5.3 million in the week ended Dec. 12 from 5.5 million a week earlier, according to the Labor Department.

In all, 20.4 million Americans were receiving some kind of unemployment benefits through Dec. 5, the report said.

Congress on Tuesday passed a long-awaited, $900 billion relief package, which includes $600 stimulus checks to most individuals and their dependents, $300-per-week federal unemployment benefits and about $320 billion in business relief.

Democrats say the package is a step in the right direction but that they will advocate for more aid after President-elect Joe Biden takes office on Jan. 20.

"While we're already hearing naysayers criticize the construction and composition, the bottom line is they're dropping $900 billion of spending into households over the next few months, and that will absolutely support the economy," Nathan Sheets, chief economist at PGIM Fixed Income, wrote on Tuesday of the latest legislation.

But in a stunning tweet Tuesday evening, Trump cast doubt on whether he would sign the bill, the product of months of negotiations by his own Treasury secretary, Steven Mnuchin.

Trump called the $900 billion Covid relief bill passed by Congress an unsuitable "disgrace" and urged congressional leaders to make significant edits to the measure, including bigger direct payments to individuals and families.

The U.S. is recording at least 215,400 new Covid-19 cases and at least 2,600 virus-related deaths each day, based on a seven-day average calculated by CNBC using Johns Hopkins University data.

Data from The Atlantic's COVID Tracking Project showed a record 117,000 people hospitalized with the virus.

This is breaking news. Please check back for updates.

Subscribe to CNBC PRO for exclusive insights and analysis, and live business day programming from around the world.