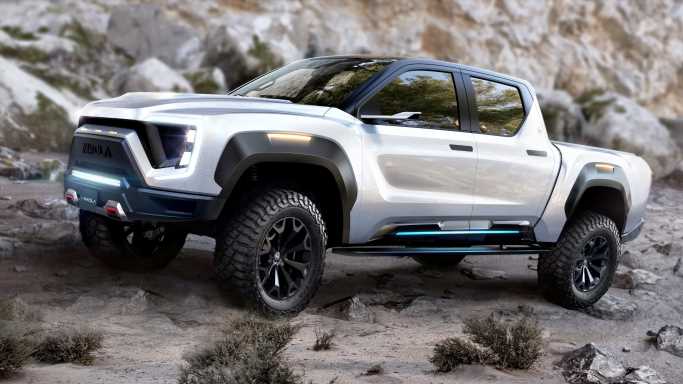 Within days of its June initial public offering, Nikola Corp.’s (NASDAQ: NKLA) share price nearly tripled to reach a high just short of $94. Shortly after Wednesday’s opening bell, shares traded at just over $15, down more than 10% on the day, and less than half the initial price when Nikola came public in a reverse merger with a special-purpose acquisition company (SPAC).

Earlier in the morning, the company issued a press release announcing that Nikola and Republic Services Inc. (NYSE: RSG) had discontinued a collaboration announced in August to build 2,500 battery-electric garbage trucks. Nikola said that following “considerable collaboration and review,” the program’s complex mix of “various new technologies and design concepts would result in longer than expected development time, and unexpected costs.”

Read in the most damning way, what Nikola is admitting to is an even longer and more expensive development cycle than it had been promising. With just $908 million of unrestricted cash at the end of the third quarter, the company’s money troubles were going to get worse now that Republic has joined General Motors Co. (NYSE: GM) in breaking its earlier deals with Nikola.

Last month, GM cut a new deal with Nikola eliminating GM’s 11% stake in Nikola as part of a September agreement that raised Nikola’s valuation to more than $20 billion. The new deal was struck just days ahead of a December 3 deadline to reach an agreement.

Shortly after the original GM deal was signed in September, a short seller’s report charged Nikola with telling “dozens of outright lies” in order to win partnerships with companies like Republic and GM. The report led to the resignation of founder and CEO Trevor Milton just two weeks later.

When Milton resigned, Nikola issued a strategy statement that included the following chart identifying milestones to reach first production of its fuel-cell-battery hybrid trucks. Nikola still has a week left in 2020 to announce a collaboration on its plan to build a hydrogen station, but nothing has been heard about a potential partnership since reported discussions with BP and others stalled following Milton’s departure. 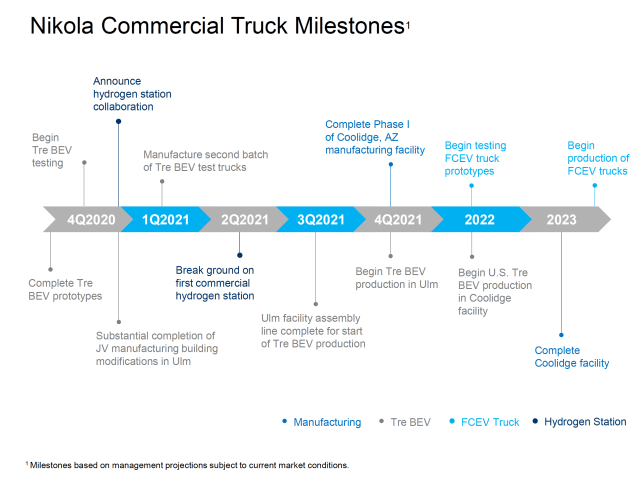 What’s piling up here is a mountain (or at least a hill) of evidence that savvy partners like GM and Republic have lost confidence in Nikola. If that’s the case, finding partners to put up the cash needed to reach its strategic goals is an existential issue for Nikola and its shareholders.