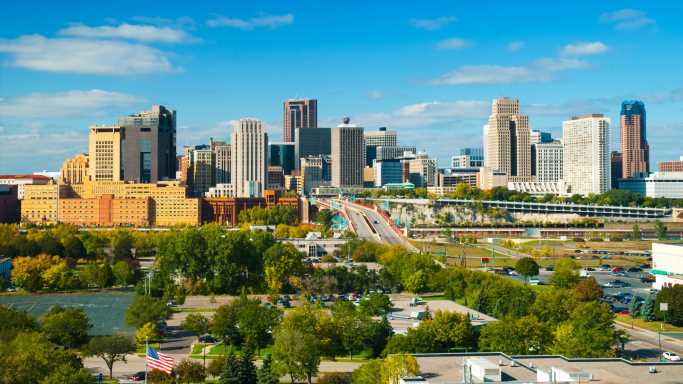 In the nation’s ongoing pursuit of racial equality, 2020 has been a year of reckoning. A series of high-profile police killings of unarmed Black Americans sparked protest demonstrations in over 100 U.S. cities and forced a broad acknowledgment of existing racial inequalities in the United States. And the facts are sobering.

Across the country, Black Americans are more than twice as likely as white Americans to live below the poverty line. In the labor force, Black workers are more than twice as likely as whites to be unemployed. Black people in the United States also are far less likely to have a college education or own a home than white Americans. As stark as these disparities are, in some U.S. cities, they are far worse.

Racial inequalities in the United States are largely a byproduct of institutionalized racism established centuries ago. Many racist policies in the country were legal just decades ago. Other policies and practices are still in existence and continue to lead to unequal effects of the law on Black and white Americans. In many cities on this list, racist housing covenants forbade Black homeownership in certain neighborhoods. Redlining policies made it difficult for Black families to secure mortgage loans, limiting homeownership opportunities and with it a means of building intergenerational wealth.

Although practices such as these were outlawed in the 1960s (in some places in the ’70s), they were in place long enough to entrench racial segregation. Such segregation often results in disparities on multiple fronts, including education, employment opportunities, policing and access to health care services. The detrimental effects of segregation are evident in every city on this list. Here is a look at the 25 most segregated cities in America.

It is important to note that the cities on this list are those in which the relative differences in social and economic outcomes between white and Black residents are most profound. These are not necessarily the cities where conditions are the worst for Black residents in an absolute sense, as in those places social and economic outcomes tend to be below average for all residents, regardless of race. Here is a look at the each state’s worst city to live in.

St. Cloud, Minnesota, has a Black population of 10,370, which is 5.3% of its total. Unemployment among Black workers is 17.4%, compared to 3.7% among whites. The city has the worst socioeconomic disparities along racial lines of any U.S. metro area. Homeownership is a practical way to build intergenerational wealth, and in St. Cloud, the Black homeownership rate is just 9.3%, compared to the 72.4% white homeownership rate. Differences in income are also pronounced. The typical Black household earns just $23,790 a year, while most white households earn over $62,000 annually. Also, Black St. Cloud workers are nearly five times more likely to be unemployed and Black residents are five times more likely to live below the poverty line than their white counterparts are.

Many of St. Cloud’s Black residents are newly settled immigrants and refugees. Over the past three decades, the city has seen an influx of new residents from East Africa.