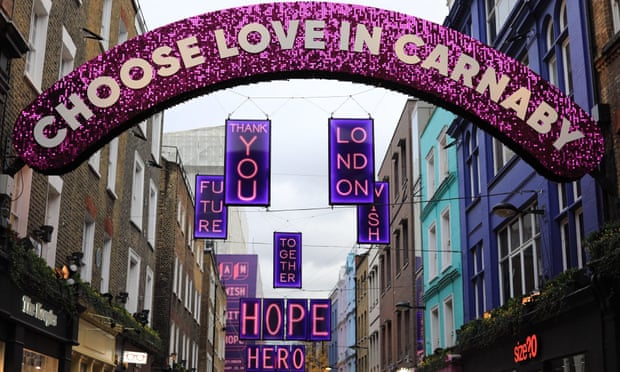 Shaftesbury, one of the biggest landlords in central London, has slumped to a £700m loss after slashing the value of its portfolio, as the West End braces for tougher Covid-19 restrictions.

The company, which owns parts of Chinatown, Soho and Covent Garden, has been hit by the sharp fall in the number of tourists and office workers coming into the capital. It said vacancies at its shops, restaurants and offices had nearly tripled to 10.2% in the year to 30 September. As tenants struggled to pay their rent, Shaftesbury’s net income fell by 24% to £74.3 . It collected only 53% of the rent due in the second half of the year.

This resulted in an annual loss after tax of £699.5m, compared with a profit of £26m the previous year.

Shaftesbury wrote down the value of its portfolio by 18.3% to £3.1bn, as the amount of empty space in the West End increased, rental income fell and physical distancing measures reduced demand from retail and office tenants for more space.

Brian Bickell, the Shaftesbury chief executive, said: “Rarely in history has the world seen such widespread disruption to normal patterns of life. Only now are we seeing the first positive signs that conditions will begin to improve in the year ahead.”

Shaftesbury said its leasing activity had declined sharply since February due to the pandemic and was below normal levels, although there had been a pickup in inquiries in recent weeks. The pandemic has also forced landlords to rewrite lease agreements to help tenants get through the crisis, and Shaftesbury moved permanently to monthly rents for most commercial tenants from October.

The company said its rental and service charge support for tenants was likely to continue through 2021, “with our occupiers having reduced income in the important period leading up to Christmas and into the new year, which traditionally has provided them with liquidity buffers to withstand the normally slower quarter to March”.

London is among the areas that enter tier 3 restrictions on Wednesday, which means hotels, pubs, bars and restaurants have to close again and can only do takeaways and deliver.

Shaftesbury gave a gloomy outlook for next year, predicting that pandemic control measures were “likely for much of 2021”. Even so, the firm was confident in the West End’s long-term ability to attract visitors.

Bickell said: “In the year ahead, the widespread distribution of effective vaccines will bring a gradual return of confidence and activity across the West End and, a recovery in domestic footfall and spending to our villages.

“At the present time, it is not possible to predict at what point conditions will improve but it is likely social distancing and other restrictions, with the risk of further lockdowns, will continue into the spring and possibly early summer, putting further financial strain on many of our occupiers.”