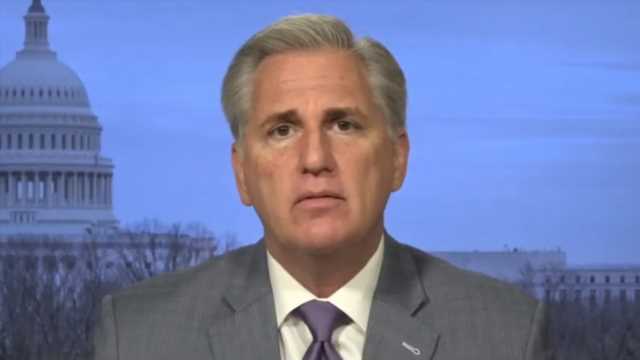 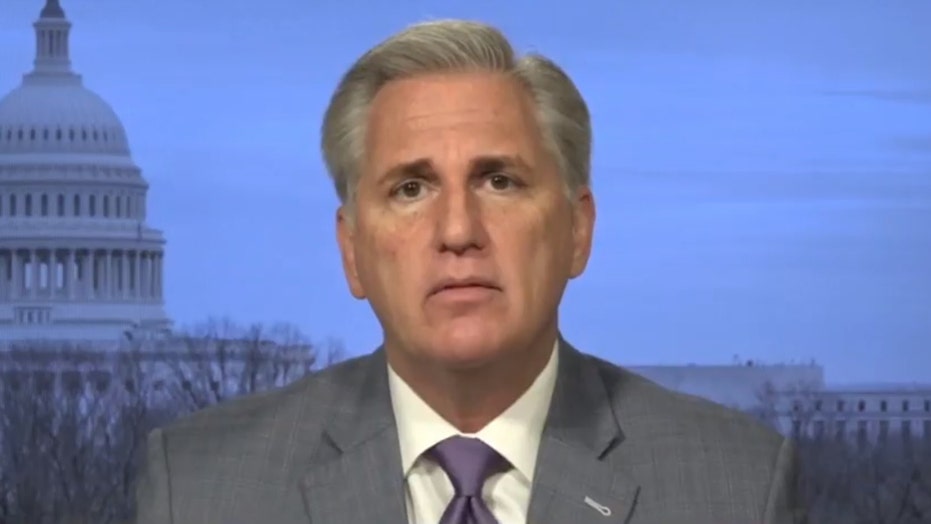 The House Minority Leader asks when did Speaker Pelosi know about Rep. Swalwell’s ties to Chinese spy and why did she maintain him on the Intelligence Committee?

House Speaker Nancy Pelosi, D-Calif., who appointed Swalwell in 2015 to the secretive House Intelligence Committee, which led the impeachment investigation into President Trump, told Fox News she will back Swalwell's continued service on the committee, which has access to classified material and oversees activities of the U.S. intelligence community.

“The Speaker has full confidence in Congressman Swalwell’s service in the Congress and on the Intelligence Committee," Pelosi's spokesman Drew Hammill said in a statement to Fox News Wednesday.

McCarthy, however, is demanding answers from Pelosi and Rep. Adam Schiff, chair of that committee, after Swalwell said they knew about the report.

"This is a national security threat," McCarthy said. "Now we have Eric Swalwell, who's been swindled by the Chinese, but what's even more interesting here is why did he attack the American Director of Intelligence John Ratcliffe's report talking about the expansion of China spying throughout … just last week. He attacked … Ratcliffe defending China."

"This man should not be in the intel committee. He's jeopardizing national security," he doubled down, adding, "When did Nancy Pelosi know of this and why did she maintain him on the committee? Adam Schiff, who has spent four years as chair worried about the foreign intervention into our country, knowingly keep an individual on the committee, if he knew, as Swalwell says, that he was with a Chinese individual who was a spy, who helped him run for Congress?"

McCarthy said it raises more questions, like how he got on the committee in the first place as a sophomore and why did Democrats pull out of the bipartisan China task force that would look into this problem and others?

AFTER ENTANGLEMENT WITH CHINESE SPY, ERIC SWALWELL WARNED OF 'INFLUX OF RUSSIANS' IN US POLITICS UNDER TRUMP

McCarthy said he is going to ask the FBI to brief him on the report.

After Axios reported that a woman named Christine Fang or Fang Fang — who had helped fundraise for Swalwell in the past and placed at least one intern in his office — was a suspected Chinese spy, Swalwell implied that his criticism of Trump could have led to the story.

“I’ve been a critic of the president. I’ve spoken out against him. I was on both committees that worked to impeach him. The timing feels like that should be looked at," Swalwell told Politico on Tuesday.

Swalwell revealed that Axios first approached him about his ties to Fang in July 2019, which was also when he ended his presidential campaign. But the Democratic lawmaker seemed to suggest that intelligence officials involved in Axios' reporting were trying to "weaponize" his cooperation with authorities. Swalwell received a defensive briefing from investigators in 2015, and subsequently cut ties with Fang.

"What it appears though that this person — as the story reports — was unsuccessful in whatever they were trying to do. But if intelligence officials are trying to weaponize someone’s cooperation, they are essentially seeking to do what this person was not able to do, which is to try and discredit someone," Swalwell said.