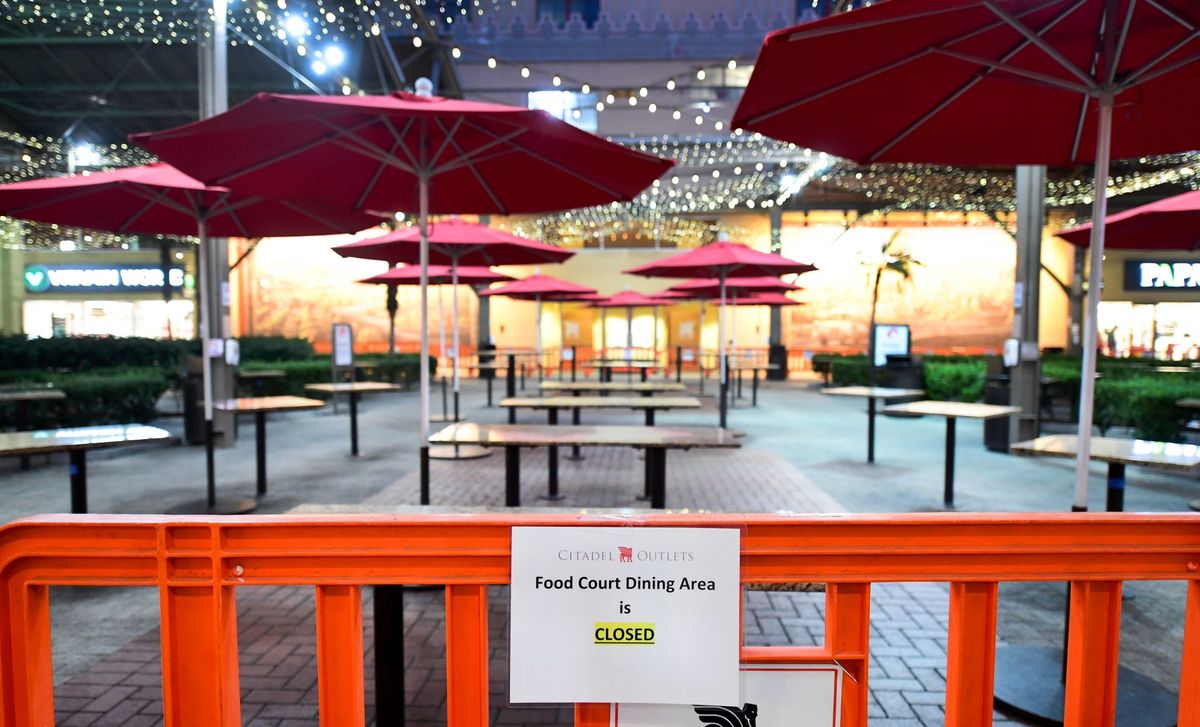 On Nov. 6, California Governor Gavin Newsom attended a birthday dinner at a fancy French restaurant in Napa County called French Laundry with 12 people, including healthcare lobbyists. The next day, the mayor of San Francisco, London Breed, celebrated a socialite friend’s 60th birthday at the same restaurant, days before banning indoor dining in her city. (Both events were reported later by the San Francisco Chronicle.) Around that same time, Austin Mayor Steve Adler recorded a video call urging constituents to “stay home if you can.” He filmed it from Cabo San Luca, Mexico, where he’d flown via private jet after his daughter’s socially distanced wedding, the Austin American-Statesman reported.

Then came Thanksgiving weekend, when public health officials and local leaders pleaded with residents not to board increasingly packed planes or gather indoors with people outside their household without quarantining first. After telling constituents to “cancel big gatherings,” San Jose Mayor Sam Liccardo attended a five-household Thanksgiving dinner (apparently outside and socially distanced). Thirty minutes after Denver Mayor Michael Hancock’s Twitter account posted a caution to “avoid travel, if you can,” Hancock was on a flight to visit family in Mississippi, the local ABC network reported.

The incidents varied widely in terms of severity of risk, and none were illegal. But all were seen as stretching the limits of suggestions espoused by the leaders themselves. Indoor dining with an unlimited number of out-of-household members was allowed in Napa County, where Newsom and Breed ate out — but under Breed’s rules, not in San Francisco, 90 minutes away. (The French Laundry dinners were held in a semi-enclosed room that definitely pushed the envelope of “outdoor dining.”) Air travel has not been banned (and although the risk is not zero, there’s research indicating that transmission during well-ventilated and air-filtered flights is uncommon, if everyone is practicing safe mask-wearing) but traveling to another state for a weekend get-together in the midst of a nationwide surge, as Hancock did, is strongly discouraged.

More damaging is the work these incidents do in chipping away at politicians’ credibility in the middle of a staggering ongoing public health crisis, at the same time that leaders are asking for more stringent adherence to ever-tightening restrictions to slow the surge.

“A weary public will need firm guidance and serious arguments in devising an answer to soaring infection and hospitalization rates,” wrote the San Francisco Chronicle editorial board. “With their irresponsible behavior, these leaders just made that job more challenging.”

Faced with widespread criticism from their constituents and public health experts, the officials offered apologies and explanations. “What I especially regret is that the urgency of our public health message in this moment has never been more dire and my actions have distracted from that,” Breed tweeted on Thursday, as California prepares for new shutdowns and several counties ban outdoor dining entirely. Adler, in a statement, alluded to the potential second-order effects. “[M]y fear is that this travel, even having happened during a safer period, could be used by some as justification for risky behavior,” he wrote. “In hindsight, and even though it violated no order, it set a bad example for which I apologize.”

And Hancock, who returned to Denver right after the holiday weekend, said he made the decision with his heart, not his head. “As a public official, whose conduct is rightly scrutinized for the message it sends to others, I apologize to the residents of Denver who see my decision as conflicting with the guidance to stay at home for all but essential travel,” he said in a statement.

The most generous reading of all these slip-ups is that mayors are human, too. (That was part of Newsom’s appeal, when he apologized at a recent press conference.) Local leaders have been placed in a difficult position. The federal response to the pandemic has been gravely mismanaged, and nine months in, people are eager for someone to blame. They’re exhausted with having to personally bear the burden of diligence, and have had to individually weigh hard decisions without consistent national rules. They want to be with family, at weddings, at funerals, at their grandparents’ nursing homes, at the beach.

“I think it’s interesting to me that our leaders are in some ways showing that they’re the same as we are,” said Alex Hindman, an assistant professor of political science at the College of the Holy Cross. “They’re wearing out on the Covid restrictions that they’re imposing on us, in an odd way.”

The difference between mayors and the general public is that elected officials are supposed to be the ones setting the boundaries around what’s acceptable behavior. Yes, local officials are abundantly fallible, as any number of scandals will tell you. But isn’t leading by example a basic part of the job description?

However frustrating, these transgressions may not be that surprising to a public that’s already distrustful of political leaders, experts say. “Most people (but not all) might be a bit dissatisfied when their leaders do hypocritical things, but almost everyone expects it,” said Tim Collins, the author of Hypocrisy in American Political Attitudes: A Defense of Attitudinal Incongruence, in an email. “There are obvious degrees of potential hypocrisy, but unless it’s really flagrant (as it seems to be for Hancock), people accept it — possibly because they’ve been hypocritical themselves, or maybe just because they don’t expect their leaders to be principled people of high integrity all the time.”

Republican officials, who have made clear their opposition to public health regulations like shutdowns and mask-wearing, have been largely immune to sustained public outrage over violating anti-virus norms. Even as California Democrats like Newsom, Breed and Liccardo were apologizing for their private dinners, Secretary of State Mike Pompeo was inviting hundreds to indoor holiday parties, reported the Washington Post, defying the State Department’s own recommendation to cancel “non-mission critical events.” The White House is planning on hosting at least 20 parties before Trump leaves office. These incidents may feel more consistent, but their contradictions are more dangerous — the president, several of his family members and White House staff have fallen ill after Trump ignored public health guidelines and mocked mask-wearing.

Because of how polarized U.S. politics already is, and because of the constant deluge of news, Covid-shaming “scandals” may fade quickly, Collins said. “The extent to which anyone will actually absorb these stories is something I’m curious about, because while hypocrisy can usually get a lot of attention, lately, it seems like it’s mostly been used by right-wing media to attack Democrats,” he said. (See Nancy Pelosi’s hair salon visit this August, and the fallout that ensued.)

Still, the French Laundry debacle already helped inspire the former mayor of San Diego, moderate Republican Kevin Faulconer, to launch a very early gubernatorial challenge to Newsom, who’s up for reelection in 2022. “People are rightfully outraged that the governor sets the rules, but he doesn’t follow them,” Faulconer told Politico in November.

And no matter how relatable Covid exhaustion may be, high-profile public officials don’t lead the most relatable lives. Their risk-taking can be read by the public as a condescension, said Hindman — they suggest “we’re somehow more gifted or we’re using our positions of privilege to say it doesn’t apply to us.” Not only do such figures have the resources for swift testing and adequate PPE and first-rate healthcare if something were to go wrong, they can afford the dinner bill. Eating at one of the fanciest restaurants in North America while California’s unemployment rate sits at 10% and restaurants across the state have been forced to shutter, “isn’t a great look,” as the San Francisco Chronicle’s Heather Knight wrote.

“We’re trying to get people to abide by these measures, for all of our benefits, in some sort of collective good,” said Hindman. “If it simply looks like it’s about power and privilege, people aren’t going to believe the truth of what they may be saying.”

The anger directed at these politicians comes at a time when U.S. residents are realizing anew just how differently they’ve been experiencing this collective catastrophe. For those who have barely left their apartments or immediate neighborhoods for nearly a year, seeing elected officials enjoying dinner parties and beach getaways amid the surge feels like a personal attack — or a license to similarly indulge. Many did: An NPR analysis of smartphone data shows that only 42% of Americans stayed home for Thanksgiving this year, and 13% traveled a “significant distance.”

The virus doesn’t care about fairness or hypocrisy or optics, though; it just wants to spread, and that’s what it’s doing — at indoor social events, but also within meatpacking plants, jails and nursing homes, and among the same frontline workers who have borne the greatest risk of infection from the start. At a time when Americans are again told to redouble their self-isolation regime to ward off a truly horrifying siege of Covid hospitalizations, everyone is being asked to share in the sacrifice. But it’s leadership — in the form of mask mandates and economic aid — that will prove just as important to getting through the winter.