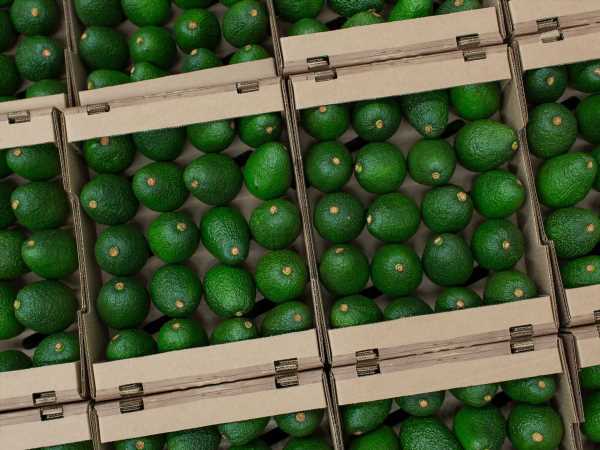 Health-conscious consumers are eating avocados like never before during the pandemic.

After a brief drop in demand at the start of the Covid crisis, European and U.S. consumption are hitting record highs, according to Xavier Equihua, chief executive officer of the World Avocado Organization, a trade group.

“Consumption is off the charts,” Equihua said in an interview from California. “People want to eat healthy. The new luxury post-pandemic is going to be eating healthy, and wellness. Even the fashion industry is saying that.”

Demand for the fruit has accelerated as more consumers eat at home. No longer just a component of guacamole for parties, its use has broadened to salads, burritos and, of course, the hipster cliche of avocado toast. Europe’s consumption will jump 12% this year to a record 1.48 billion pounds, according to import data, while U.S. demand will increase 7%, Equihua said, citing industry projections.

“It’s not only the millennials,” Equihua said. “They are now having kids and they are eating avocado, too. Gen Z also wants healthy food. We’re going to see a further explosion in the next six to eight years” when Europe may catch up to the top-consuming Americans, he said.

The value of global avocado imports grew the fastest among main fruits over the past decade, according to David Magana, senior analyst for Rabobank International. Global demand for Hass, the most popular variety, will grow at an annual rate of almost 5% through 2025, topping $8 billion globally, the Hass Avocado Board projects.

Luckily for consumers, bumper crops in Mexico and California, the top suppliers to the American market, brought prices down this year after a supply disruption in 2019 sent prices to record, Magana said. From 2010 to 2018, world output rose from 2.87 million tons to 6.4 million, with planted area nearly tripling, according to data from the United Nations’ Food and Agriculture Organization, which excludes Chile, an important producer.

While lower prices have helped demand, U.S. market penetration has room to grow, according to Equihua. The average American eats 8 pounds a year, compared with Mexico’s 20 pounds, he said.

One of the main challenges for the industry remains to ensure that supply keeps up with demand, to avoid a surge in prices, while also addressing criticism that places like Mexico resorted to deforestation to expand production, he said.

“We’re just scratching the surface in Europe, China” and other parts of Asia and Southeast Asia,” said Steve Barnard, chief executive officer at Mission Produce Inc., the world’s largest supplier, which owns packing facilities and grows fruit as well. “India is starting to explore avocado consumption and based on the population in those areas, the expansion and demand has huge opportunity for growth.”

To secure avocados year-round, the California-based company has been investing in countries such as Guatemala and Peru. Europe “presents a great opportunity and is one of the reasons to be in Guatemala” to support expansion, he said.

The company’s annual sales more than doubled over the past five years, which gives Barnard reason to be bullish even on China, where challenges remain. The company entered a a partnership with a local importer and a fruit retailer, and their Mr. Avocado venture is the first and currently the only supplier of ripe avocados in the Asian giant.

“Chinese consumers are very attracted to the health benefits,” Barnard said. “Right now, China thinks of avocados as a smoothie and baby-food ingredient, whereas the U.S. thinks of avocado toast and guacamole, so as the country continues to gain access and familiarize themselves with the fruit, consumption will continue to grow.”

— With assistance by Nancy Moran