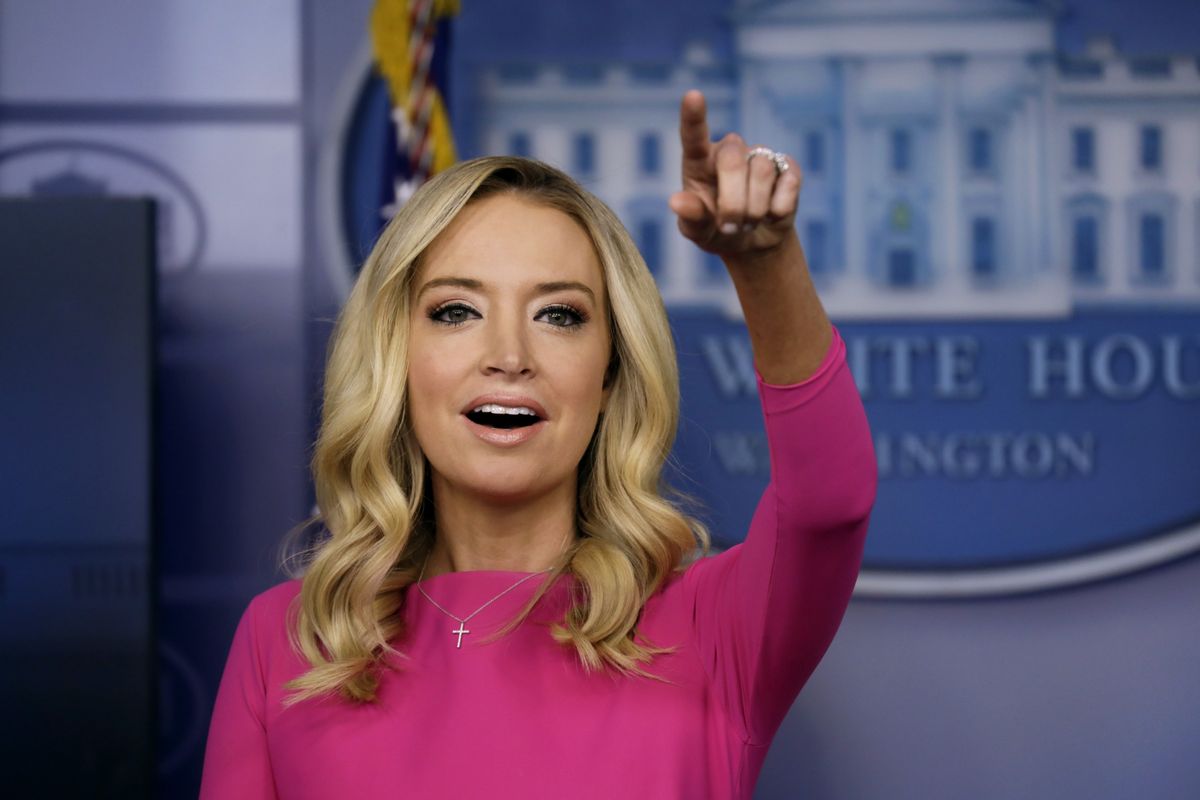 The White House again claimed credit for the rapid development of coronavirus immunizations, with the president’s top spokesperson on Wednesday branding the forthcoming shots as the “Trump vaccine.”

White House press secretary Kayleigh McEnany told reporters it is a “tremendous achievement” for the U.S. to have as many as 40 million vaccine doses ready by year’s end, crediting the accomplishment to Donald Trump’s background in the business world.

“It’s having a businessman as president. It’s the Trump vaccine,” McEnany told reporters at the White House.

The comments reflect the White House’s eagerness for regulators to authorize a vaccine that will finally curb the U.S. coronavirus outbreak, which has killed more than 271,000 Americans. Trump has endured persistent criticism over his handling of the pandemic and lost re-election in part because most Americans give him poor marks on the issue.

The Trump administration’s “Operation Warp Speed” program helped to accelerate vaccine development by several drug companies. But by trying to stake out a legacy for the outgoing president, the White House risks further politicizing the vaccine, something public health officials have sought to avoid in order to maximize the number of people willing to receive the shots.

White House Chief of Staff Mark Meadows was expected to meet Wednesday with Food and Drug Administration Commissioner Stephen Hahn — the second such meeting in two days, according to three people familiar with the plans. Trump has publicly complained about what he regards as foot-dragging by the agency.

“We want to make sure it comes out as quickly as the data allows it to,” McEnany said.

The meeting comes after the U.K. this week became the first Western nation to approve a Covid-19 vaccine, with its regulator clearing Pfizer Inc. and BioNTech SE’s shot.

Trump and other White House officials have been displeased with Hahn and what they perceive as changing criteria for U.S. approval of a vaccine, according to one of the people. The president appeared to bank on a vaccine announcement to lift him at the polls. Instead, he lost to Joe Biden after the Democrat accused him of failing to take the pandemic seriously.

Pfizer and BioNTech announced one week after the Nov. 3 election that early data showed their vaccine to be more than 90% effective against the virus. Trump falsely accused the companies of lacking “the courage” to announce the results before Election Day. He also lashed out at the FDA for withholding approval, “not for political purposes, but for saving lives!”