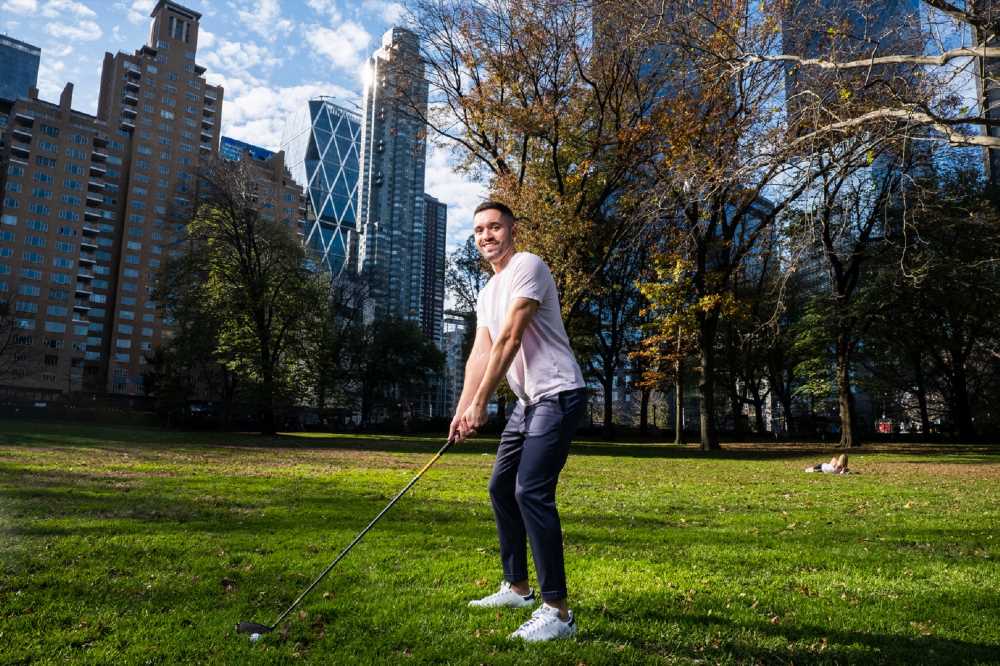 Matt Reasinger was teed off. The 27-year-old occupational therapist with a 95 handicap had reserved the golf simulator in his luxury Upper West Side rental building’s multi-purpose amenity space for 8 p.m. during a weekday in early November.

But when he walked into the room, clubs in tow, a man in his 30s stood in front of the simulator swinging away. Five minutes later, yet another resident walked in toting his clubs and declared that the 8 p.m. slot was, in fact, his.

“Apparently all three of us of had booked the same time,” said Reasinger. Ultimately, I ended up waiting until the other guys were done before I got my chance.

It’s the same story right now throughout NYC’s highly amenitized towers: As buildings reopen previously underutilized and underappreciated building perks are becoming hot-ticket attractions. Residents, who are working from their apartments, are suddenly vying to use their in-house gyms, pools and lounges — especially as building managers make amenities available on a reservations-only basis for social distancing reasons.

“We have a beautiful patio that I love spending time in, and it was always empty,” said a resident of an Upper East Side building, who asked to remain anonymous  “Now it’s become really popular, and you have to sign up to be out there.”Data from developer and landlord RXR Realty illustrates the dramatic spike in competition for amenities.

Across the company’s portfolio — at buildings like 475 Clermont Ave. in Fort Greene — in-building gyms, kids’ play rooms, roof terraces and movie theaters saw an average 290 percent jump in use between August and October.

Broker Dolly Lenz, who runs an eponymous real estate company, said that historically, people in the city have rarely used the amenities in their buildings, even if they rival ones at five-star resorts.

“They typically belong to an outside gym and don’t socialize in the common spaces,” she said. “With COVID, that’s all changed. A lot of places in the city are still closed, people are working from home and dying to get out, so amenities are in high demand with everyone clamoring to get a turn.”

“When I showed apartments pre-COVID, I would encourage my clients to see the amenities [but] they only wanted to see the unit itself. Now, amenities are top of their lists.”

Lenz said that many of her clients who own multi-million-dollar apartments have griped that they can’t find open slots for the pools and gyms in their buildings. One wealthy client, a venture capitalist who divides his time between New York and Silicon Valley, is so irked at the thought of competing for a gym time that Lenz’s team locks in reservations for him whenever he’s in town.

Priscilla Holloway, a broker with Douglas Elliman, has also seen firsthand how building amenities went from oversights to battle grounds.

“When I showed apartments pre-COVID, I would encourage my clients to see the amenities [but] they only wanted to see the unit itself,” she said. “Now, amenities are top of their lists.”

Gyms, a common feature in upscale high-rises, are a particular sore point for many amenity-obsessed residents.

Christopher Rim, 25, the CEO of the college consulting firm Command Education, rarely availed himself of the gym in his luxury building in Tribeca before the pandemic.

“I belonged to another gym where I had a trainer and didn’t really care about what my building offered,” he said.

But when his building’s gym reopened recently, Rim’s perspective had changed.

“After being cooped up so long and still hesitant to venture out too much, it sounded like the most incredible perk ever,” he said.

But he quickly realized that booking a time for a workout was something of a jockey sport.

“I remember that on a Monday, every spot was booked down to 30-minute increments,” said Rim.

“After being cooped up so long and still hesitant to venture out too much, it sounded like the most incredible perk ever,”

So he stayed up until midnight when the next batch of reservations opened to snag a spot.

“My usual 6:30 a.m. time was always booked so I adjusted my schedule to go during lunch and in the evenings,” she said.

The competition between feisty and deep-pocketed New Yorkers for amenities has led to foot-tapping, consternation and, worst of all, inconvenience — but no actual brawls (yet). After all, residents said that they do understand that it all comes down to safety.

“I never had a problem getting in a workout before COVID, and yes, I was frustrated at first when I couldn’t,” said Roy. “But ultimately, I like how my building is making a real effort to keep everyone safe and healthy.”