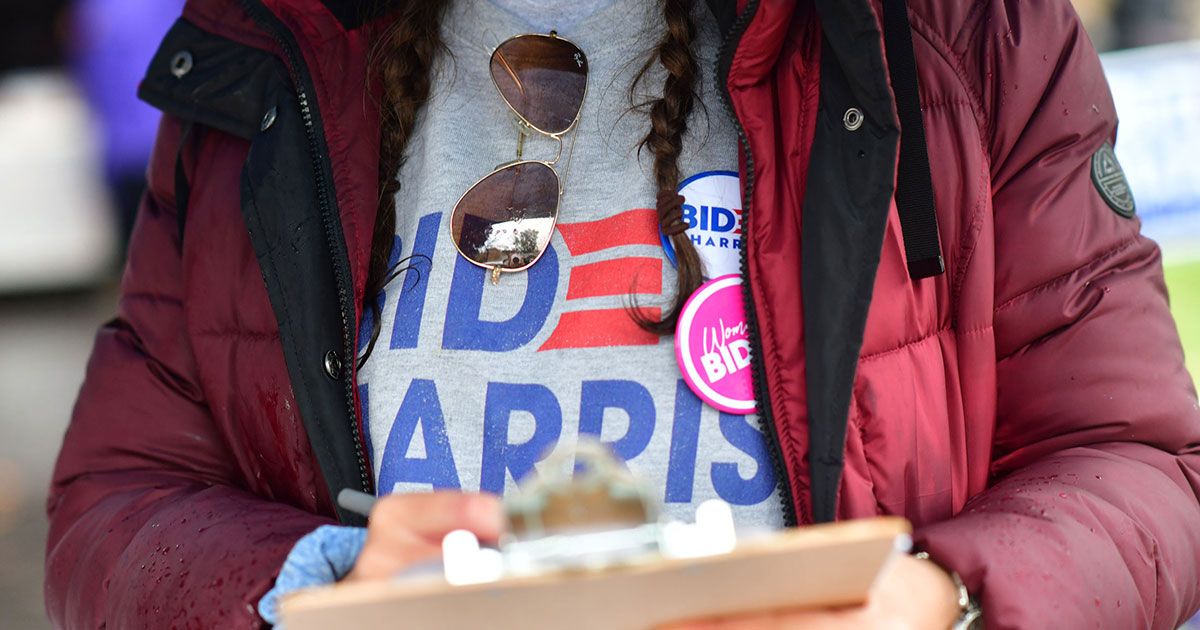 Many Democrats have spent the weeks since the election bickering about who’s to blame for a result that ousted President Trump but also saw the party fall short in its efforts to gain strength in Congress and statehouses. The debate has obscured one area of unquestionable Democratic success: In the four years since Trump’s election, progressives have built an organizing and fundraising behemoth, which just delivered a record 80 million votes for President-elect Joe Biden. Democrats’ fortunes in the Biden era and beyond will hinge on whether they can maintain and grow this juggernaut.

In 2017, I wrote about MobilizeAmerica, a digital organizing startup founded in the wake of Trump’s victory whose technology was just then being tested in Virginia’s off-year elections. The company’s founders, Alfred Johnson and Allen Kramer, thought that the explosion of grassroots energy evident in the Women’s March and similar events could be harnessed and deployed locally to advance progressive goals—if Democrats developed the right tools to draw new activists into campaigns.

What they came up with could be described as “Tinder for the Resistance”: a mobile app and web interface that matched volunteers with nearby candidates, and, because it was digital, reached millennials and other groups that traditional organizing methods often couldn’t. In Virginia, organizers used the Mobilize app in 10 statehouse races, and Democrats won all of them. Party officials took the cue. In 2018, Democrats at every level in races across the country relied on the Mobilize technology to link volunteers with local campaigns, helping to drive the “blue wave” that gave them control of the House of Representatives. Last year, Johnson says, 20 Democratic presidential campaigns used Mobilize technology, including Biden’s.

In news that may be overlooked amid the transition drama, it was announced on Monday, Nov. 30, that Mobilize is being acquired by EveryAction, the software company that’s the central nervous system for practically all of Democratic politics. Through its subsidiary NGP-Van, every door knock, each phone call, most emails, and millions of online donations run through the EveryAction platform. (For those who aren’t geeks about political tech: It basically operates as a Salesforce for campaigns and progressive advocacy groups.) By acquiring Mobilize, EveryAction is pulling in the 4 million volunteers the company organized over the last three years, along with technology that can now be deployed to pull in millions more for new campaigns and causes.

“They’ve built this incredible platform and network of volunteerism and [political] events management that allows people to spin up their own events,” says Amanda Coulombe, EveryAction’s organizing manager. “On our side, we drive the activity that happens with those events,” such as phone-banking and door-knocking.

Even if this doesn’t sound scintillating, it’s worth paying attention to because it potentially solves, or helps to solve, a big problem in Democratic politics. In the past, Democratic campaigns tended to build their organizing technology in-house;  if you lived through the 2012 presidential election, you may recall the dozens of laudatory profiles of Barack Obama’s “digital guru,” Harper Reed. The problem is that the cutting-edge technology Reed built to power Obama’s 2012 turnout machine disappeared when the campaign ended. Subsequent campaigns had to start from scratch.

In the past, Republicans tended to have the upper hand in organizing, since they were able to rely on networks of evangelical Christians and other groups that existed outside campaigns. But Trump’s presidency has generated the same kind of problem Democrats were confronting a decade ago. His campaign built a sophisticated fundraising and turnout operation that raised over $1 billion and produced 10 million more votes this year than 2016. But that technology and knowhow is embedded in the Trump campaign and won’t automatically translate to future Republican races up and down the ballot. That’s one reason why so many in the party are alarmed at Trump’s efforts to maintain control of the Republican National Committee and its resources, even in defeat.

Over the past several weeks, news coverage of Democratic politics has focused on the dispute that broke out between representatives Alexandria Ocasio-Cortez of New York and Conor Lamb, who represents a Trump-friendly district in Pennsylvania, about whether the party’s messaging should move further left or steer to the center. It’s worth noting that Lamb’s victory in a 2018 special election was driven in part by volunteer organizers outside his district, many of them quite liberal, for whom his race became a cause célèbre and then a model of how grassroots energy could help Democrats win, even in challenging political terrain.

Part of the reason Democrats fared well in recent elections is that companies such as Mobilize and EveryAction have taken over the task of building campaign technology so it doesn’t die off every election cycle and need to be rebuilt. Their timing was ideal because Trump’s presidency drove massive levels of interest among people eager to get involved in activism—many of whom are digitally native and motivated by issues adjacent to campaigns and elections, making them ripe for recruitment into Democratic politics.

“The internet has changed mobilization at every level. Everything from the size of movements that can be built to how quickly we can build them, to what we can have them do, has grown exponentially,” says Johnson, who will move to EveryAction. “And it compasses everything from political campaigns to things like the George Floyd protests and March for Our Lives—massive, multimillion-person movements that have in some cases popped up in a matter of days.”

One challenge for Democrats coming out of the election will be to maintain the interest level and commitment of the millions of new volunteers now that the campaign season has (mostly) ended. Linking them up with civic-minded causes that rely on volunteers is one way to do that. EveryAction has more than 15,000 clients, from food pantries and hospital foundations to the Audubon Society, many struggling with the same challenges that confronted political campaigns, such as how to recruit and help people in a world turned upside down by Covid. Politics, says Stu Trevelyan, chief executive officer of EveryAction, is “where we pressure-test new ideas.”

“When Covid hit, about 75% of the activity on Mobilize, including in the Democratic primaries, was in person,” says Johnson. “Almost immediately, we had to move all of our organizing activities online. Covid forced that adaption, which now lives on in the product.”

Judging from the election turnout, those efforts mostly succeeded. Johnson says in the four days before the election, 551,000 volunteers completed more than 1 million shifts, which helped Biden win by a margin of more than 6 million votes. But Democrats still didn’t meet their goals. As they look to expand their political power in 2022, a souped-up mobilization program is a prerequisite for success.