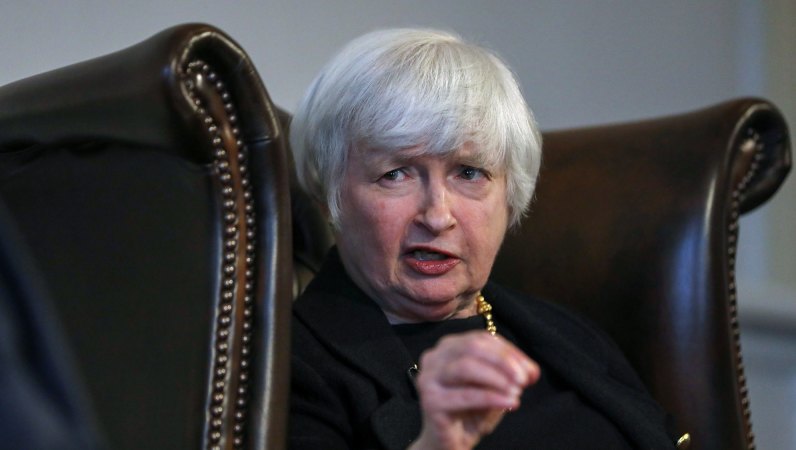 It's hard to overstate the enthusiasm among economists over Joe Biden's selection of Janet Yellen as the next secretary of the Treasury.

Some of this enthusiasm reflects the groundbreaking nature of her appointment. She won't just be the first woman to hold the job; she'll be the first person to have held all three of the traditional top US policy positions in economics — chair of the Council of Economic Advisers, chair of the Federal Reserve and now Treasury secretary.

And yes, there's a bit of payback for Donald Trump, who denied her a well-earned second term as Fed chair, reportedly in part because he thought she was too short. 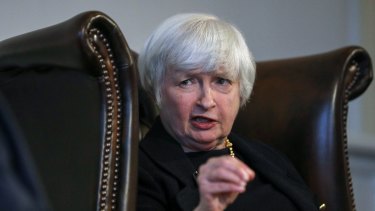 It’s payback time for Janet Yellen, who was denied a second time as Fed chair after Donald Trump reportedly thought she was too short.Credit:Chris Ratcliffe

But the good news about Yellen goes beyond her ridiculously distinguished career in public service. Before she held office, she was a serious researcher. And she was, in particular, one of the leading figures in an intellectual movement that helped save macroeconomics as a useful discipline when that usefulness was under both external and internal assault.

Before I get there, a word about Yellen's time at the Federal Reserve, especially her time on the Fed's board in the early 2010s, before she became chair.

At the time, the US economy was slowly clawing its way back from the Great Recession — a recovery impeded, not incidentally, by Republicans in Congress who pretended to care about national debt and imposed spending cuts that significantly hurt economic growth. But spending wasn't the only issue of debate; there were also fierce arguments about monetary policy.

It's immensely reassuring to know that economic policy will be made by someone who knows what she is doing.

Specifically, there were many people on the right condemning the Fed's efforts to rescue the economy from the effects of the 2008 financial crisis. Among them, by the way, was Judy Shelton, the totally unqualified hack Trump is still trying to install on the Fed board, who warned in 2009 that the Fed's actions would produce "ruinous inflation." (Hint: They didn't.)

Even within the Fed, there was a division between "hawks" worried about inflation and "doves" who insisted that inflation wasn't a threat in a depressed economy, and that fighting the depression should take priority. Yellen was one of the leading doves — and a 2013 analysis by The Wall Street Journal found that she had been the most accurate forecaster among Fed policymakers.

Why did she get it right? Part of the answer, I'd argue, goes back to academic work she did in the 1980s.

At the time, as I've suggested, useful macroeconomics was under attack. What I mean by "useful macroeconomics" was the understanding, shared by economists from John Maynard Keynes to Milton Friedman, that monetary and fiscal policy could be used to fight recessions and reduce their economic and human toll.

This understanding didn't fail the test of reality — on the contrary, the experience of the early 1980s strongly confirmed the predictions of basic macroeconomics.

But useful economics was under threat.

On one side, right-wing politicians turned away from reality-based economics in favour of crank doctrines, especially the claim that governments can conjure up miraculous growth by cutting taxes on the rich. On the other side, a significant number of economists themselves rejected any role for policy in fighting recessions, claiming that there would be no need for such a role if people were acting rationally in their own interests, and that economic analysis should always assume that people are rational.

Which is where Yellen came in; she was a prominent figure in the rise of "new Keynesian" economics, which rested on one key insight: People aren't stupid, but they aren't perfectly rational and self-interested. And even a bit of realism about human behaviour restores the case for aggressive policies to fight recessions. In later work Yellen would show that labour market outcomes depend a lot not just on pure dollars-and-cents calculations, but also on perceptions of fairness.

All this may sound abstruse, but I can vouch from my own experience that this work had a huge impact on many young economists — basically giving them a license to be sensible.

And it seems to me that there's a direct line from the disciplined realism of Yellen's academic research to her success as a policymaker. She was always someone who understood the value of data and models. Indeed, rigorous thinking becomes more, not less important in crazy times like these, when past experience offers little guidance about what we should be doing. But she also never forgot that economics is about people, who aren't the emotionless, hyperrational calculating machines economists sometimes wish they were.

Now, none of this means that things will necessarily go well. The race is not to the swift, neither yet bread to the wise, nor yet success to policymakers of understanding, but time and chance happen to them all. Trump's cabinet was a clown show — possibly the worst cabinet in America's history — but it wasn't until 2020 that the consequences of the administration's incompetence became fully apparent.

Still, it's immensely reassuring to know that economic policy will be made by someone who knows what she is doing.