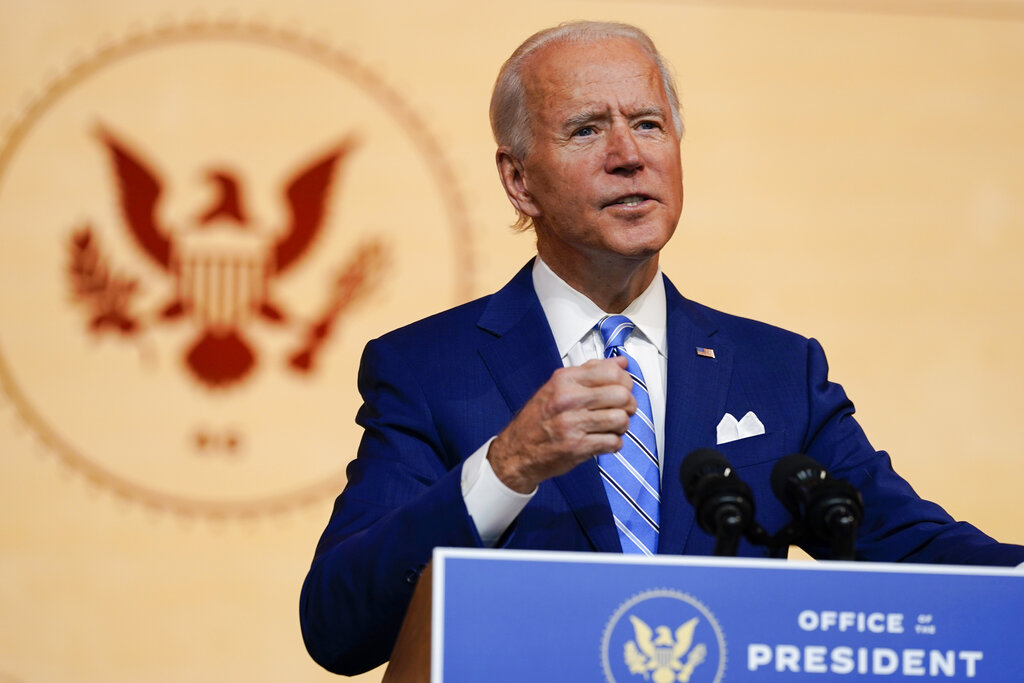 President-elect Joe Biden on Wednesday appealed for unity in fighting the coronavirus pandemic, telling Americans “we’re all in this together.” Yet his plea comes as his fellow Democrats continue getting busted for breaking the same rules that they continue to preach.

Biden’s Thanksgiving eve address to the nation comes amid a surge in coronavirus cases and hospitalizations. The former vice president called on Americans to take precautions to try to stem the tide of the virus, by wearing masks and practicing social distancing. 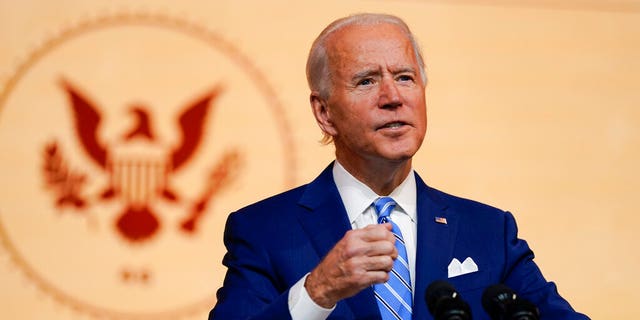 Biden said that until there's a vaccine, wearing masks, social distancing and limiting the size of gatherings "are our most effective tools to combat the virus."

"This is the moment when we need to steel our spines, redouble our efforts and recommit ourselves to this fight," Biden said. "We're all in this together."

But the president-elect has been curiously silent on the increasingly long list of his fellow Democrats who had made headlines for flouting coronavirus rules – despite a nationwide surge in cases.

Earlier this month, California Gov. Gavin Newsom drew outrage after photos emerged of him dining at one of the state’s most exclusive fine-dining restaurants in violation of his own coronavirus orders.

The Democratic governor acknowledged he attended a birthday party with a dozen friends on Nov. 6 at the posh French Laundry in wine country north of San Francisco.

On the East Coast, D.C. Mayor Muriel Bowser has been widely condemned for attending Biden’s presidential victory speech in Delaware – despite the Diamond State being on the mayor’s own list of high-risk states. One of her staff members defended the trip as “essential travel” and “excepted” under Bowser’s order.

Chicago Mayor Lori Lightfoot has also been accused of hypocrisy for implementing a new round of lockdown orders just days after she joined large crowds celebrating Joe Biden’s election victory. She defended the celebrations by saying: “There are times when we actually do need to have relief and come together, and I felt like that was one of those times. That crowd was gathered whether I was there or not.”

More recently, high-profile Brooklyn Democrats came under fire for attending a birthday party where many of the attendees were pictured without masks and not practicing social distancing – despite the rising number of coronavirus cases in New York City.

Though Biden has campaigned on taking a tougher approach to combat the pandemic and has suggested he will work with local and state leaders to enforce face mask requirements nationwide, he has been silent on these Democratic rulebreakers. Furthermore, he has not addressed concerns that some mass celebrations of his victory may have contributed to this spread of the virus.

Hospitalizations, deaths and the testing positivity rates for the coronavirus are up sharply as the nation approaches Thanksgiving, and public health experts have warned that the large family gatherings expected for the holiday are likely to extend and exacerbate the surge.

Biden has said turning the tide of the pandemic will be the top priority of his administration once he takes office in January, and he's made multiple public remarks urging Americans to embrace mask-wearing and social distancing guidelines to combat the spread.