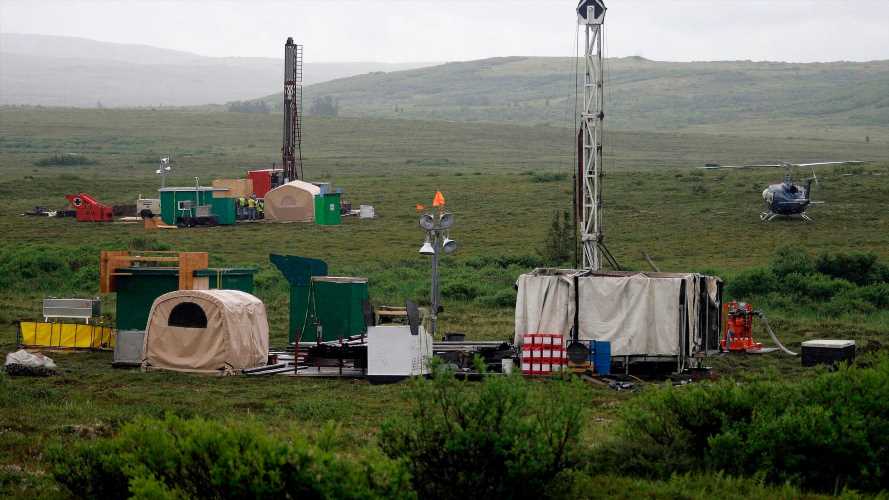 The outgoing Trump administration on Wednesday denied a key permit for Alaska’s Pebble Mine, a controversial project that the Obama administration blocked and that President Donald Trump revived early in his term.

In a statement, the U.S. Army Corps of Engineers said the planned open-pit copper and gold mine in southwest Alaska would violate Clean Water Act guidelines. The project is “contrary to the public interest,” the Corps said.

The decision, which the agency said “reflects a regulatory process that is fair, flexible and balanced,” follows a yearslong review process and completes a recent about-face from the Trump administration.

In July, the Army Corps concluded the project at the headwaters of Bristol Bay, the most productive sockeye salmon fishery in the world, would have no “measurable” effect on salmon stocks or the watershed. The following month, the administration delayed the permit, saying the mine would cause “unavoidable adverse impacts” to the area’s aquatic resources, and gave Pebble Limited Partnership, the company seeking the permit, 90 days to come up with a plan to mitigate the environmental damage.

“The headwaters of Bristol Bay and the surrounding fishery are too unique and fragile to take any chances with,” Trump Jr. wrote in an Aug. 4 tweet.

The company’s troubles mounted in September when an environmental advocacy group released secret recordings of company executives downplaying Alaska lawmakers’ concerns about the project and boasting of plans to ultimately expand the mine well beyond the proposed footprint.

Wednesday’s announcement is the latest in a 20-year fight over the Canadian company’s effort to develop North America’s largest gold and copper mine in a pristine swath of the remote Alaskan wilderness. Pebble Limited Partnership, which is owned by Vancouver mining firm Northern Dynasty Minerals, planned to extract some 1.4 billion tons of gold- and copper-rich material over a 20-year period, valued at as much as $500 billion. The operation would have permanently destroyed more than 2,200 acres of wetlands and more than 100 miles of streams, according to the final environmental impact study.

In a statement posted to the company’s website, Pebble Limited Partnership CEO John Shively said he was “dismayed” by the news and would evaluate its options.

“One of the real tragedies of this decision is the loss of economic opportunities for people living in the area,” he said, adding it is “very disconcerting to see political influence in this process at the eleventh hour.”

Alaska’s native tribes that rely on the thriving salmon fishery, along with their allies in the environmentalist community, have long argued that the risk of environmental disaster outweighs any potential economic benefits from the proposed mine.

Project opponents were quick to celebrate the news.

“The Pebble Mine was always the wrong mine in the wrong place,” Adam Kolton, executive director of the Alaska Wilderness League, said in a statement. “The fact that President Trump resurrected and promoted it prior to the U.S. Army Corps of Engineers ultimately denying the permit isn’t worth dwelling on. What matters today is that the world’s most productive salmon fisheries are safer and the tribes, fisherman and communities that depend on a healthy Bristol Bay can breathe a sigh of relief.”