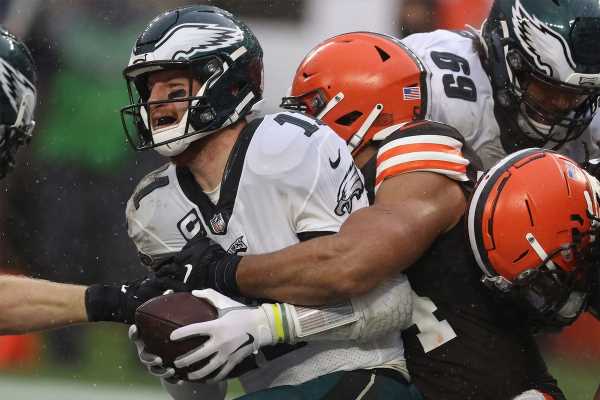 By almost any measure you choose, Philadelphia Eagles quarterback Carson Wentz has performed poorly this year, ranking at or near the league’s bottom in everything from inaccurate throwing to sacks and fumbles.

It’s a performance that would be inept enough to get many quarterbacks benched, which raises the question of why the team is sticking with Wentz. One reason has all the hallmarks of the sunk cost fallacy, the psychological quirk that corporate executives and investors alike frequently trip over in making decisions. You’ve spent a lot of time and money on something and you’re not about to give up on it.

The Eagles have indeed sunk a ton of money into Wentz, now in his fifth season. His $32 million average annual compensation is the eighth highest in the league. Moving on from him wouldn’t just be financially painful, but would also be an admission of error by a coaching staff and front office at a time when they may find themselves fighting to keep their own jobs as the Eagles continue their downward spiral since winning the 2017 Super Bowl.

“People perceive the time and effort, and reputation they’ve put into a decision, as a form of investment,” said Gizem Saka, a senior lecturer in economics at the University of Pennsylvania. “There are bigger social penalties on errors of commission than errors of omission. Delaying the admission of failure is omission at best.”

It’s a common mistake. Think of holding on to a falling stock too long in hopes that it’ll recover to the purchase price. Or, famously, aircraft manufacturing. The sunk cost fallacy is often referred to as the Concorde fallacy after the supersonic airplane’s cost overruns led to the creation of a jet that couldn’t operate profitably.

Similarly, Eagles management believes it has correctly identified the 27-year-old Wentz as a franchise cornerstone, so for now he remains firmly entrenched as Philadelphia’s starter.

Asked about the possibility of sidelining Wentz, Eagles head coach Doug Pederson strayed from defending the embattled quarterback to focusing on how the move would be perceived.

“I think you’re sending the wrong message to your football team that the season is over,” said Pederson. “That’s a bad message.”