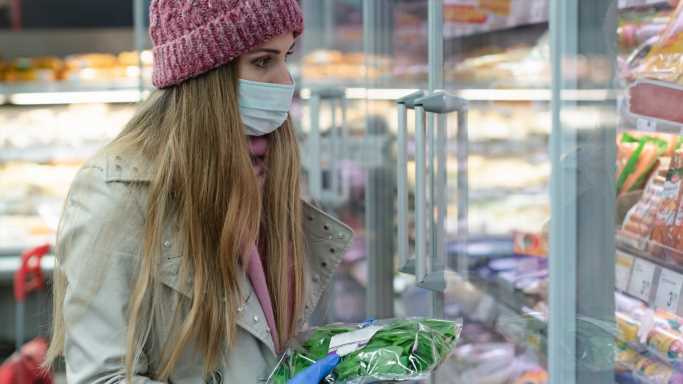 The University of Michigan has released its preliminary reading on consumer sentiment for November. The results were far weaker than expected, and that appears to be tied to what was happening around the election and as COVID-19 cases have continued to surge.

The headline reading showed that sentiment dipped down to 77.0 in November, after showing a reading of 81.8 in October. This dip was small on the monthly report, but this is still down sharply from the 96.8 reading seen back in November of 2019.

Econoday had its consensus at 82.0 for the headline sentiment reading. Dow Jones had published its consensus estimate at 81.5, and Reuters had an 82.0 consensus.

The University of Michigan’s report on consumer sentiment noted that outcome of the presidential election and the recent rapid rise in COVID-19 infections and deaths were attributed in November decline.

There was a political angle as well. Interviews after the election pointed toward a substantial negative shift in the expectations ahead from Republicans, while the expectations from Democrats were shown to have recorded no gain.

The University of Michigan has noted that fears among Democrats about the resurgence or coronavirus cases likely offset gains in economic expectations. Friday’s report indicated that 59% of Democrats reported that their normal life had changed to a great extent due to the coronavirus, compared with just 34% among Republicans.

The gap in expectations was shown to have closed somewhat due to the coronavirus and the partisan shift in expectations. That was in place long before the election.

As for the coming months, the University of Michigan expects that the partisan gap is likely to enlarge. It sees those gains being limited until a potential vaccine is approved and widely distributed.

Friday’s report was definitely weaker than expected, but it failed to create any major moves in the markets. The Dow Jones industrials were last seen up 210 points at 29,290, and the S&P 500 was up almost 25 points at 3,561.61.