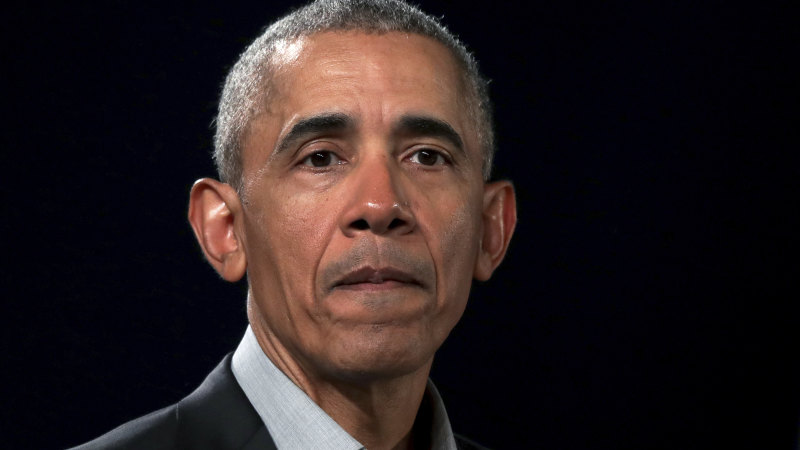 The way things are shaping up, the Biden economy appears likely to show uncanny similarities to the 2011-16 Obama economy.

Joe Biden will be inaugurated in January amid an economy that is likely to be slowly recovering from collapse. The Senate will probably be in the hands of Republicans — an opposition party perhaps willing to do enough to try to prevent steep damage to the economy and markets but unwilling to embrace the kind of multitrillion-dollar spending agenda that could generate a Biden boom. This combination would mean that the Federal Reserve would be left playing the dominant role in trying to propel an economic recovery, with the downsides that would entail. 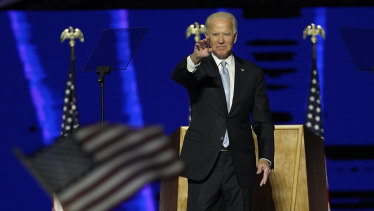 President-elect Joe Biden will take on an economy battered by the pandemic.Credit:AP

Much about that forecast is uncertain. There is still a chance, if both runoff elections in Georgia go their way, that Democrats could win 50 seats in the Senate, with Kamala Harris as vice president to tip the balance. Or this version of a Republican Senate may prove more receptive than the Barack Obama-era one to working with Biden on his economic agenda. (The Senate majority leader, Mitch McConnell, indicated a desire on Wednesday (US time) to pass a new stimulus bill before the end of the year, although Friday he said that good jobs numbers meant that stimulus should be relatively small.)

And it is possible that when the coronavirus crisis abates, the economy will snap back to health on its own, particularly if the Biden administration handles public health policy effectively.

But the reaction to the election in financial markets in recent days suggests that something like the Obama recovery is more likely: in short, a long slog back to health.

Treasury bond yields fell sharply on Wednesday, suggesting that investors expect less fiscal stimulus, slower growth and easier monetary policy from the Fed than had been envisioned preelection. And the stock market soared on Wednesday and Thursday as investors priced in both easier money from the Fed and a Biden administration that will be constrained in its ability to raise taxes and expand regulation on businesses.

By contrast, in the run-up to the election, markets had become more positioned for a world in which a Biden administration came to office with a Democratic Senate and could more fully embrace the kind of transformative agenda many on the left would prefer.

"The whole blue wave idea that would have come with not only very generous stimulus in the near term but structural reforms and big infrastructure investment — that seems to be off the table," said Julia Coronado, president of MacroPolicy Perspectives.

On the campaign trail, Biden spoke of transformative efforts to fund clean energy and other infrastructure investment, which analysts expected would imply the spending of trillions of dollars and the creation of millions of jobs.

The experience of the final six years of the Obama presidency looms large. In that span, Republicans controlled at least one chamber of Congress and blocked any large-scale fiscal policy — and insisted on spending cuts in response to high deficits. Legislative deal-making took place at the margins, if at all. It was the Federal Reserve that played the dominant role in trying to propel an economic recovery, through quantitative easing and other unconventional policies. 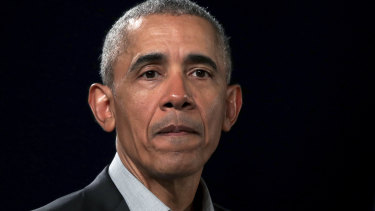 Former US president Barack Obama rebuilt the US economy in the wake of the global financial crisis. Credit:AP

Last time, the recovery generated by that combination was a long march back toward prosperity.

In the last recession, Congress passed a large fiscal stimulus bill in early 2009 that helped start an expansion in mid-2009. When Republicans took control of the House in early 2011, they insisted upon a turn toward deficit reduction, and the expansion continued slowly in the years that followed, with help from the Fed's actions.

From the time that expansion began in mid-2009, it took more than six years for the unemployment rate to fall to 5 per cent, its level when the Great Recession began. The Fed's programs were effective at driving up financial markets, but with less clear-cut benefits for ordinary Americans.

The Fed chair, Jerome Powell, has been vocal about the limits of the Fed's tools, stressing that the central bank can lend money but cannot spend it. He has called on Congress to use its power of the purse to inject money into the economy directly.

The global financial crisis a dozen years ago was caused by fundamental imbalances in the economy that took time to repair, whereas the coronavirus recession was caused by a surprise shock — which raises at least the possibility of a much quicker return to normal.

"The upshot of all of this is that the configuration of government means the Fed is going to be expected and required to be even more stimulative than they might have been otherwise," said Nathan Sheets, chief economist at PGIM Fixed Income and a former Fed and Treasury Department official. "The fiscal impulse is likely to be diminished relative to a blue wave scenario and even relative to a scenario where Trump won and Democrats won the Senate."

A Biden win should ensure continuity at the Fed, Sheets said, either because he reappoints Powell to a second four-year term when his current one expires in early 2022 or because he appoints someone with broadly similar views on monetary policy and credibility on Wall Street, like Fed governor Lael Brainard or former chair Janet Yellen.

There are ways the Biden economy might escape the slow-growth economic outlook, if the Senate goes along with enough coronavirus rescue funds to prevent widespread business failures and sharp pullbacks by state and local governments. Strategists at Jefferies, for example, project that a "skinny" stimulus of $US500 billion to $US1 trillion could be in play.

"If we got a trillion dollars of stimulus, you could have a decent constellation of policies if an administration comes in and manages the virus well," Coronado said. "We need to manage the virus efficiently, and if we got a good federal response by the end of the first quarter combined with some stimulus, you could see decent momentum."

The global financial crisis a dozen years ago was caused by fundamental imbalances in the economy that took time to repair, whereas the coronavirus recession was caused by a surprise shock — which raises at least the possibility of a much quicker return to normal.

So the biggest question may turn out to be this one: Has the pandemic fundamentally broken anything about the economy? If not, a speedy recovery may be possible even without a politically aligned Congress. If not, it might feel like the early 2010s all over again.