"Joe Biden is my brother, I love Joe Biden, and he will be a great president," Obama said in his speech before Biden took the stage.

Obama ripped into Trump's handling of the growing coronavirus pandemic and accused the president of holding superspreader rallies because of his obsession with big crowds.

"Trump cares about feeding his ego," Obama said. "Joe cares about keeping you and your family safe."

Obama and Biden have developed goodwill in Michigan for efforts to save the auto industry at a time when Republicans like 2012 GOP nominee Mitt Romney penned an op/editorial titled: "Let Detroit go Bankrupt." Obama compared GOP efforts to turn their backs on the auto industry to Trump's "botching" of the pandemic response and suggested the new GOP slogan is: "Let America get COVID."

After the Flint appearance, Obama and Biden will travel to Detroit for a drive-in rally. They'll be joined by Motown legend Stevie Wonder, whose “Signed, Sealed, Delivered” became an anthem of sorts for the Obama campaign in 2008.

If Biden wins Michigan, it would be a blow to Trump's path to reelection. Trump stunned the world in 2016 by flipping three traditionally blue states — Michigan, Wisconsin and Pennsylvania –  and Trump is staking another four years in the White House on repeating his Midwest success. 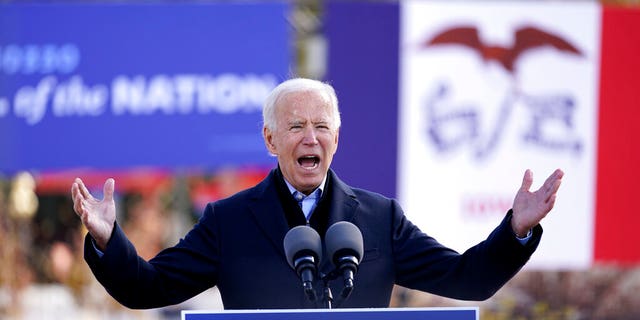 Michigan is also a big battleground state for the Senate, where Sen. Gary Peters, D-Mich., is trying to fend off a challenge from Republican Army veteran John James.

Trump has been stumping hard in Michigan with a rally Friday in Waterford Township. He plans to return to the Great Lakes State on Sunday and Monday in his closing rally blitz.

The night before the election in 2016, Trump's final campaign rally went past midnight in Grand Rapids, Mich. Hoping to repeat history, the Trump campaign says the president’s last stop in the 2020 race will be Grand Rapids. 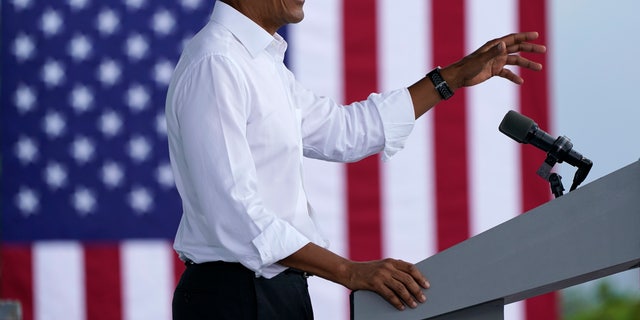 Biden says he has learned from the mistakes that Clinton’s campaign made four years ago in the Midwest.

At an event Friday in Milwaukee, Biden recounted campaigning for Clinton in 2016 and added, “For a whole lot of reasons — not all of which were her fault — [we] ended up not taking it as seriously. We thought it was different.”

Clinton was criticized for not campaigning enough in Midwestern states like Wisconsin and Michigan. After her stunning loss in 2016, many Democrats criticized her campaign as overconfident and too complacent.

In contrast, Biden often insists he’s taking no vote for granted and said Friday night in Wisconsin, “I’ve been here a lot.”

Trump is making four stops in Pennsylvania on Saturday.

Fox News' Paul Steinhauser and The Associated Press contributed to this report.