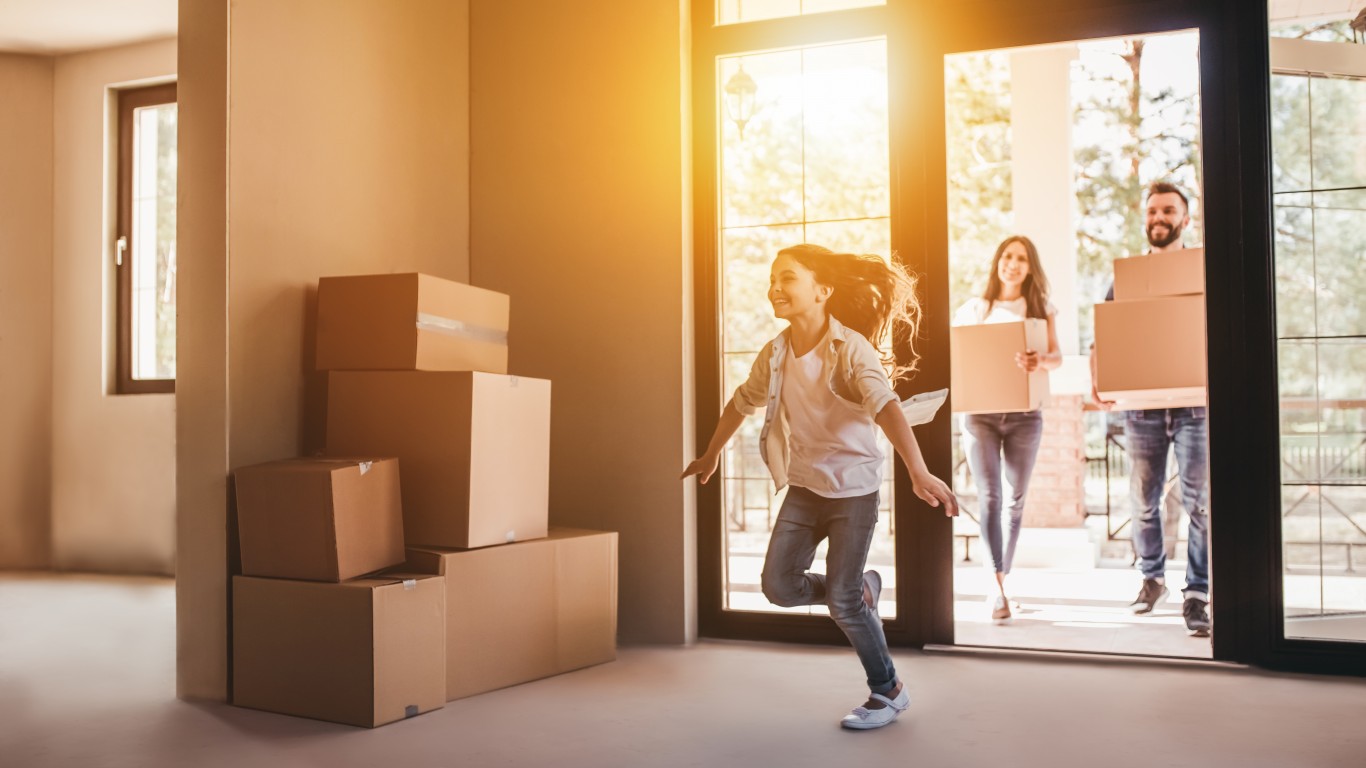 Each year, millions of Americans relocate to somewhere else in the country, whether it is for retirement, college, or a new job. Yet 2020 offered some Americans a new reason to move — the COVID-19 pandemic, which was declared a national emergency in mid-March. Many people moved away from virus hotspots or left cities because they lost their jobs amid the pandemic. Many Americans likely looked for somewhere they could stretch their savings, relocating to places where the cost of living is relatively low.

To identify America’s cheapest cities where everyone wants to live, 24/7 Wall St. reviewed cost of living, housing affordability, and population growth from migration for 110 U.S. metro areas. We ranked cities based on the net incoming searches relative to outgoing searches for homes in each metro area among prospective buyers on Redfin, a national real estate brokerage, during the first three quarters of 2020 (January through September) as a percentage of the 2019 population. Population data came from the U.S. Census Bureau’s Population and Housing Unit Estimates program.

Though some of the relocation to these cities is likely due to COVID-19, the migration patterns seen in 2020 in many of the metropolitan areas on this list mirror patterns from earlier in the decade, as southern cities continued to grow significantly due to migration. Of the 20 cities where Americans are looking to move, 16 are in the South. Conversely, in many more northern cities, particularly in the Rust Belt area, employment had been on the decline already before the pandemic, likely driving people elsewhere to find economic opportunities. These are the American cities losing the most jobs.