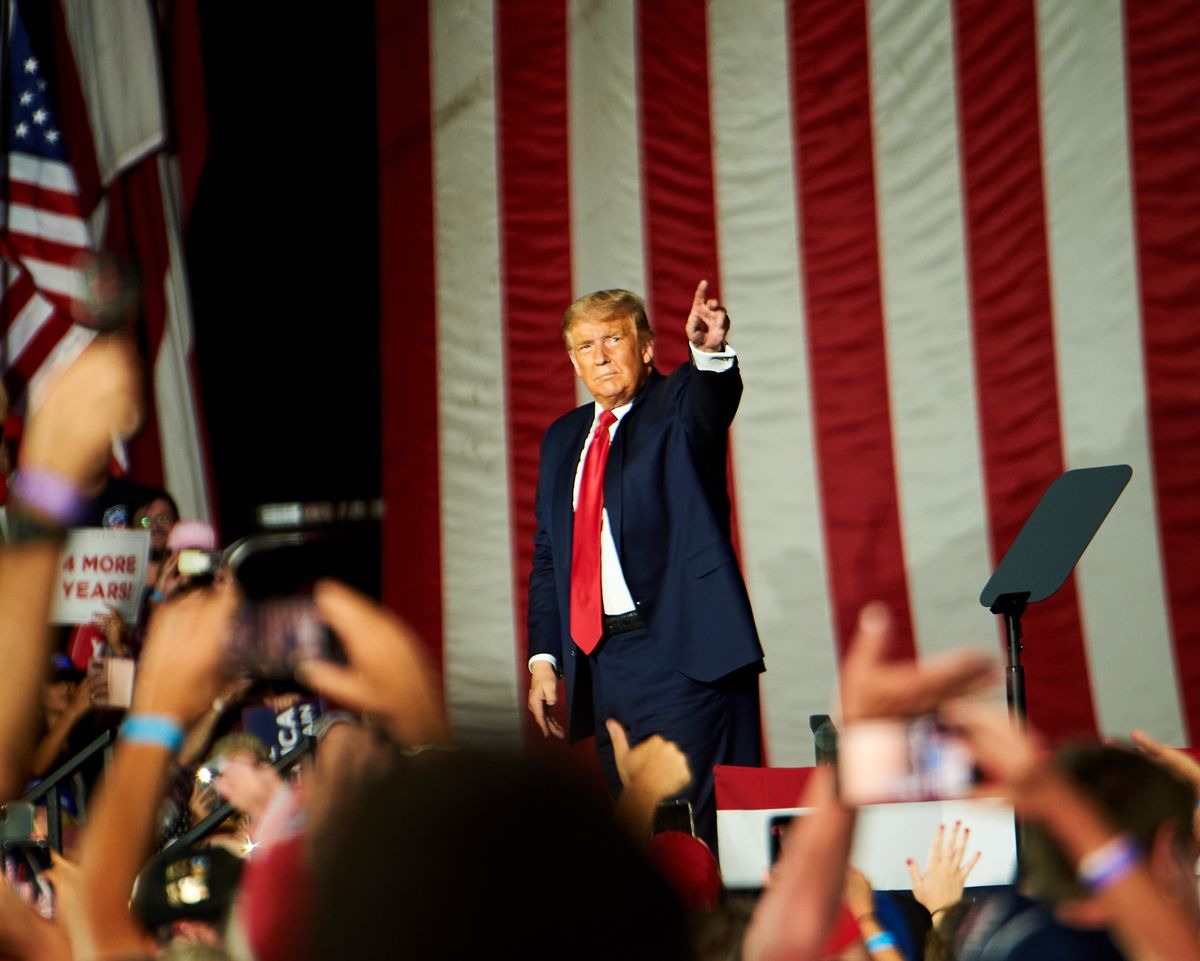 President Donald Trump’s campaign has all but pulled its advertising out of Florida, as it stakes its relatively small bank account on the industrial northern states that carried him to victory in 2016.

Since the beginning of the fall campaign on Labor Day, Trump has cut $24 million from his national ad budget, while former Vice President Joe Biden has added $197 million. Biden has outspent Trump three-to-one over that time.

Trump is now placing his final bet on just four battleground states: Michigan, Minnesota, Ohio and Pennsylvania. Polls show he’s down in all those states but Ohio, where it’s effectively even.

The president still has $350,275 budgeted to spend on ads in Florida through Election Day, but has canceled $5.5 million in the final two weeks of the campaign, according to data compiled from ad-tracking firm Advertising Analytics.

The Trump campaign says its organizational strength in Florida will carry it into Trump’s column on Election Night as Republicans get more in-person voters to the polls.

“You have to have a ground game. Joe Biden does not have one. The president does,” Trump communications director Tim Murtaugh said in a phone call with reporters Tuesday. “That’s why you saw the president close the gap in Florida.”

Biden and Trump are effectively tied in the RealClearPolitics average of polls for the state.

About 312,000 more registered Republicans have voted in person in Florida than registered Democrats since early voting began a week ago. But Democrats lead by more than 615,000 votes in mail-in voting, according to the U.S. Elections Project, giving Democrats a 41.8% to 37.1% overall advantage.

“Florida is going to go the president’s way,” Murtaugh said.

The Biden campaign has added $41 million to its ad budget in the home stretch, pouring more money into every battleground state except Texas. Through Election Day, the campaign has budgeted $8.3 million in Florida, $7.1 million in Pennsylvania, $5.3 million in Michigan and $4.9 million in North Carolina.

In the final week, Biden is set to outspend Trump in every battleground state except for Minnesota and Ohio, where Biden still maintains an overall advantage.

— With assistance by Bill Allison