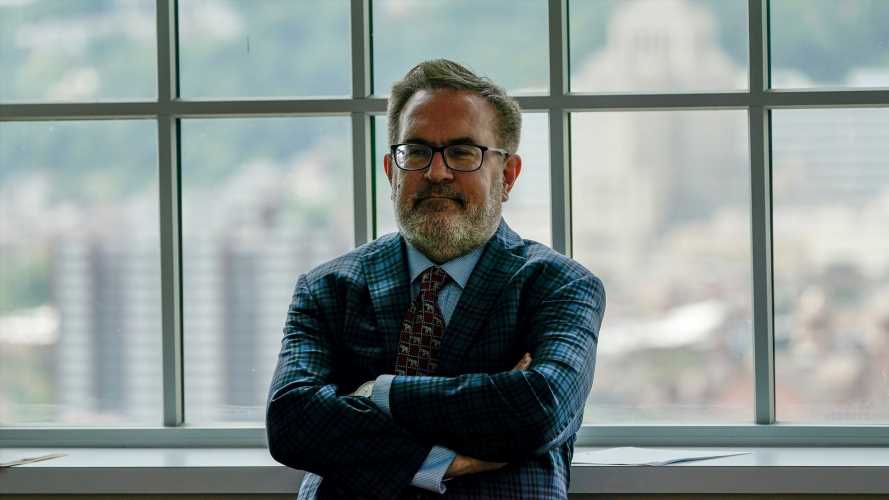 The Environmental Protection Agency canceled a virtual event on LGBTQ pride and resilience that was to be given by an 84-year-old psychologist and longtime gay rights activist, because of President Donald Trump’s executive order banning diversity training, HuffPost has learned.

The event, “What LGBT Pride and Resilience Can Teach Us About Navigating Covid and Beyond,” was scheduled for Oct. 7.

But a month before that, in a memo, the White House ordered federal agencies to stop holding diversity trainings, which it called “divisive, anti-American propaganda.” In a subsequent order, Trump extended the ban to all companies that contract with, or receive funding from, the federal government.

Though the orders appear to mostly concern trainings that focus on race and sex, the bans have had a far more broad effect, as the EPA action shows.

“What’s so insidious and tyrannical about the executive orders and memos and guidances is they just cast such a broad net that anything falling into diversity and inclusion is now under threat,” one EPA employee, who spoke on the condition of anonymity out of fear of retaliation, told HuffPost. “People are afraid of getting in trouble because it’s like [a] McCarthyism communist Red Scare.”

“We aren’t familiar with” the canceled event, EPA spokesman James Hewitt told HuffPost. “EPA is committed to ensuring that all employees fully understand the laws and policies regarding civil rights, affirmative action, and equal access/equal opportunity. All EPA employees are expected to be familiar with and have a full understanding of the federal laws relating to civil rights.”

Political appointees at the agency have largely avoided communicating restrictions on diversity events in writing, instead announcing cancellations and concerns during virtual office-hour sessions, according to another EPA employee who also spoke on the condition of anonymity. The prohibitions are unevenly applied across the agency’s offices, the employee said, with a near-blanket ban on diversity-related programs in place at the agency’s Washington, D.C., headquarters.

The EPA also halted efforts to address complaints of racist messages scrawled on a shared wall calendar in the Office of Public Affairs two years ago, the second EPA employee told HuffPost. After hiring California-based consultancy Crossroads to advise managers on how better to respond to racist incidents in the future, political leadership at the agency intervened in September to cancel three upcoming consultation sessions. “We were surprised that they were required to cancel these consultations considering they were part of a contract that focused on conflict resolution,” Debra Russell, Crossroads’ national program director, said by phone.

The Trump administration’s executive order on diversity training fundamentally misunderstands how such training works, according to the many experts who have spoken with HuffPost on the subject. But even by the definitions of its own order, it’s hard to see how the resilience talk planned at the EPA violated the guidelines.

Under the executive order, training that suggests that “men and members of certain races, as well as our most venerable institutions, are inherently sexist and racist” and encourages “conformity” is prohibited. (The executive order says this is to avoid perpetuating “racial stereotypes.”)

“[The order has] had a massive chilling effect because nobody knows what they can or can’t do,” the second EPA employee said. “There’s a lot of frustration and resentment, and a lot of people very upset by the particularly outrageous language the president used about what’s ‘unAmerican.’”

The main speaker for the canceled LGBTQ event was Harold Kooden, a longtime gay rights activist who lived through the AIDS epidemic in New York City. He shared a draft of his speech with HuffPost. It is an eight-page heartfelt meditation on his life and experiences as a psychologist treating men with HIV during the height of that public health crisis.

He connects those moments to the present day. “Rather than looking outside ourselves, it is in moments like that we need to look inwards for our guidance and strength to find resilience,” he planned on saying.

The event was organized by TransClue, a trans-owned training and consulting company, founded by Sterling Cruz-Herr.

“We received word of the ‘postponement’ the day after the presidential debate in which Trump mentioned the Proud Boys,” Cruz-Herr said in an email. “It occurred to me that, under this administration, apparently only Proud Boys are the ones allowed to have Pride.”

Kooden’s remarks were to be followed by a panel discussion with another diversity consultant on coming out and how the process did or did not make participants stronger.

“Describe which one of these strengths is most serving you now as you navigate this time of tremendous uncertainty,” is one prompt that was planned for the session, according to a draft viewed by HuffPost.

There was also time built-in for Q&A.

Kooden said about 300 people had signed up for the event and that they were in the late stages of planning when he heard it would be postponed indefinitely.

He was horrified, and said the administration had effectively censored him and so many others.

“It is both an overt and covert insidiousness that is pervasive. It is being done in front of us and in so many other ways of which we are totally unaware,” he wrote in an email to his friends and colleagues that was shared with HuffPost. “We are now in the fight for our democracy.”

Are you a government employee who has seen a training canceled or experienced other fallout from the White House executive order? Email emily.peck@huffpost.com