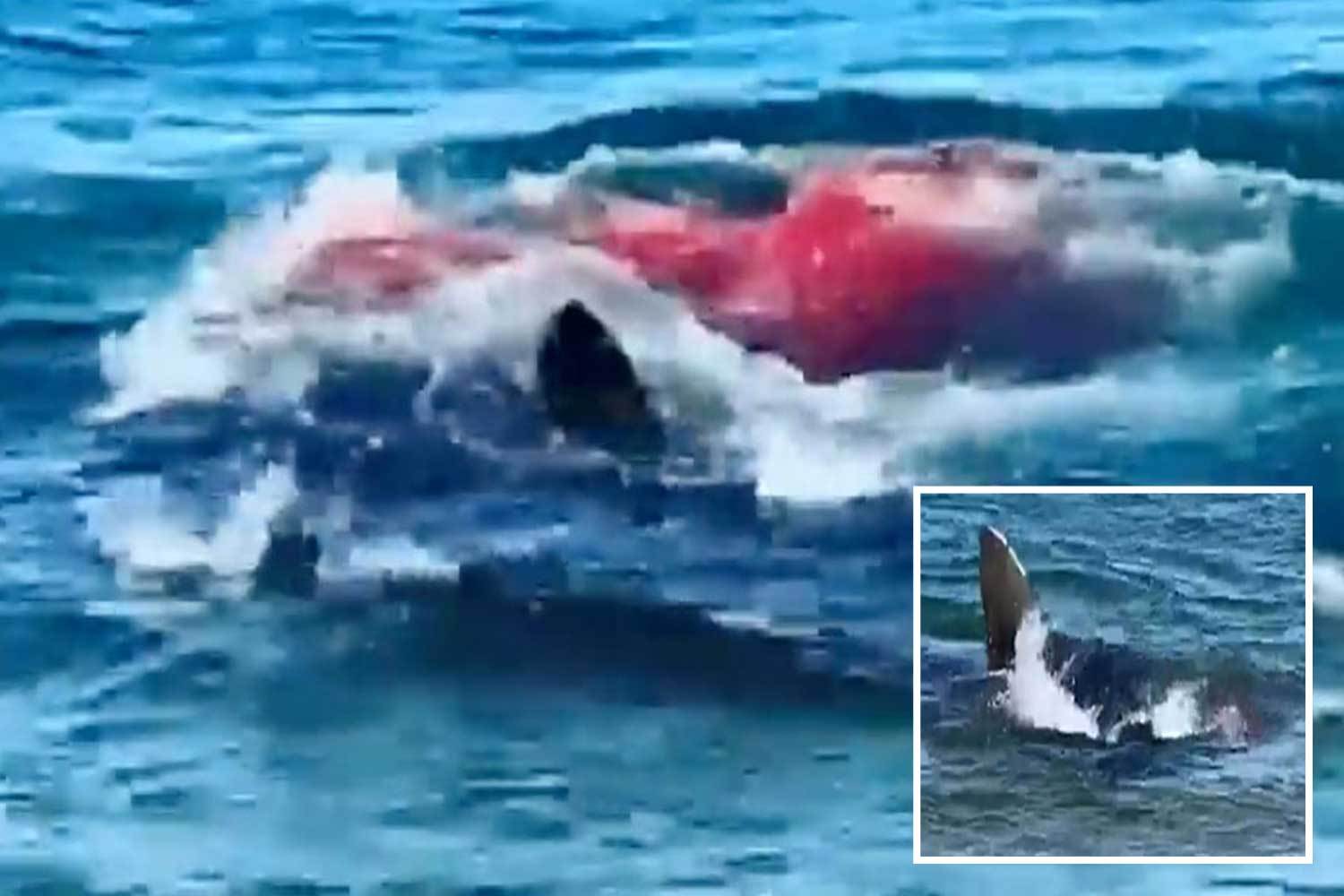 A GREAT white shark has been caught on camera turning a seashore bright red as it devoured a seal.

The shocking attack happened in the shallow waters of a Massachusetts beach in the US. 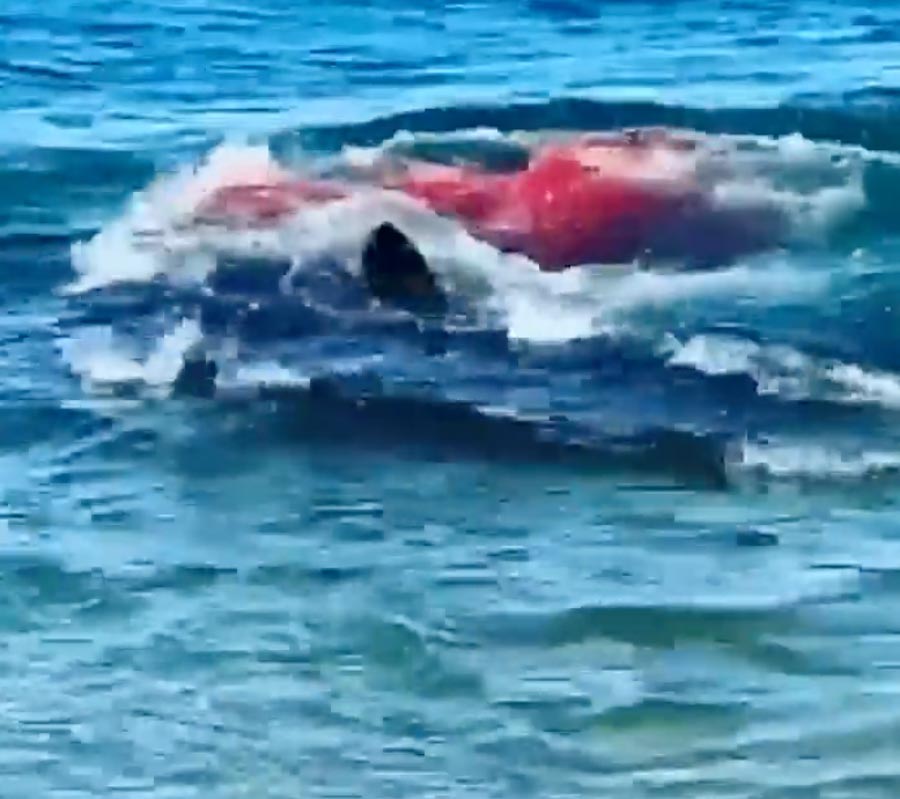 The video was captured by beachgoer Corey Nunes in Provincetown on Thursday.

It serves as a stark reminder that October is a peak season for shark activity in that area.

A seal swimming close to the sand on Race Point Beach stood no chance when the great white shark appeared.

The Atlantic White Shark Conservancy shared the attack on Facebook and said: "This is another good reminder that white sharks hunt in shallow waters off the Cape and, based on tagging data, we know that October is a peak season month for white shark activity off the Cape." 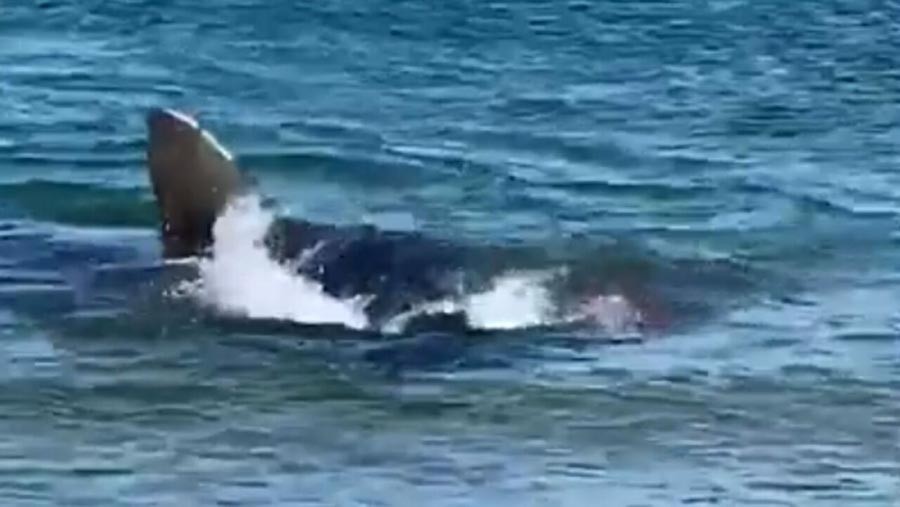 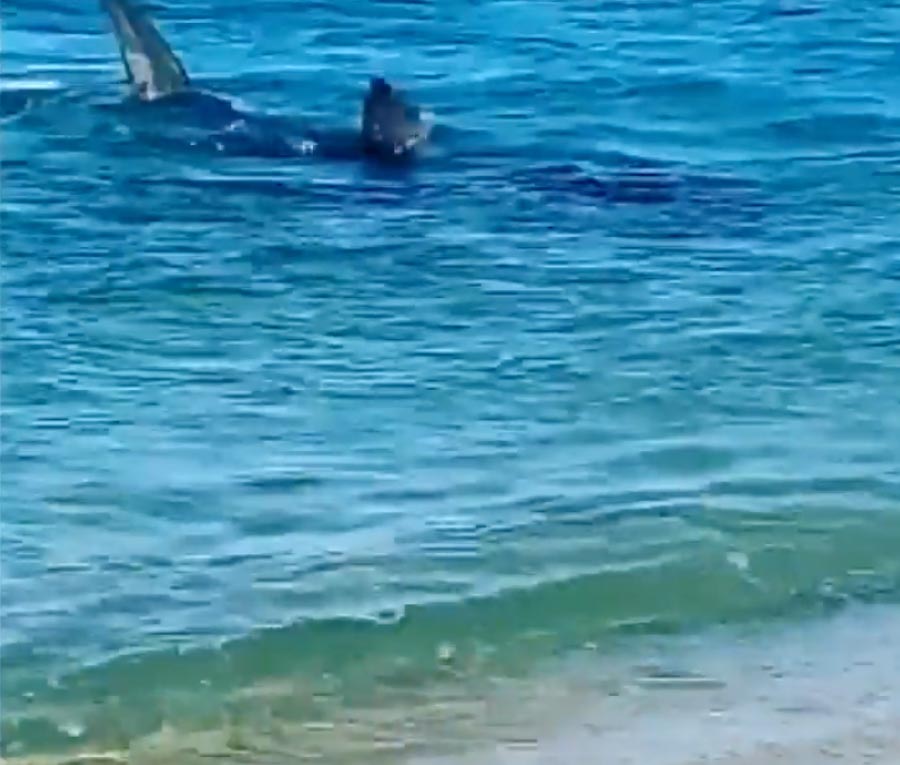 The shark was swimming around in the shallow waters before it attacked the seal and red blood could be seen spurting into the ocean.

The dramatic scene involved a lot of thrashing around from the shark and happened just feet from shocked spectators. 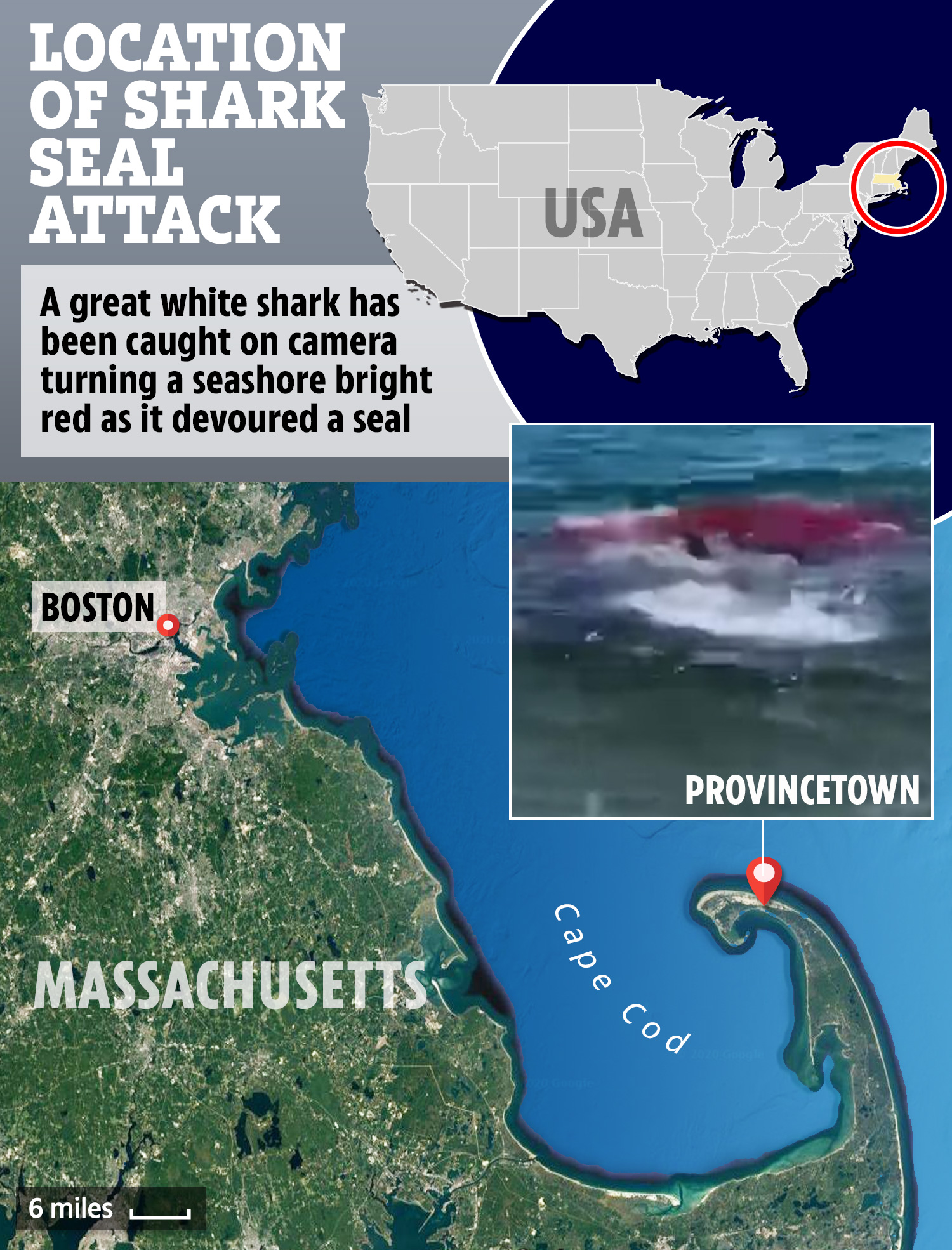 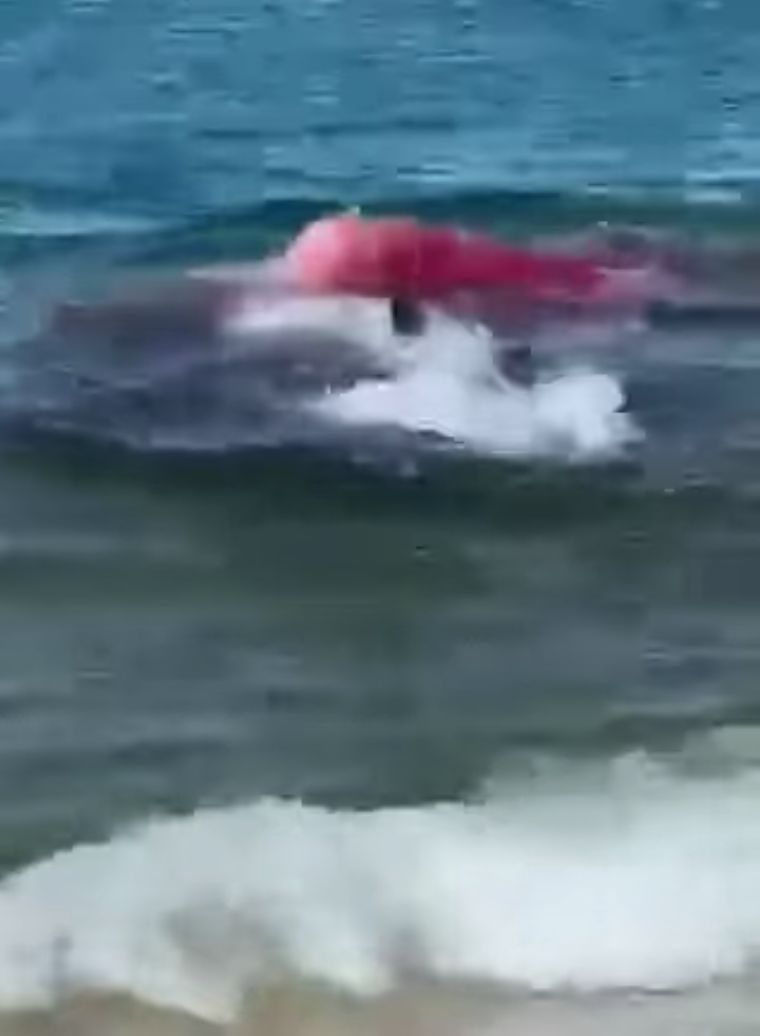 According to Sharktivity,  at least six sharks had been in the area in a 48-hour period when the attack took place.

Last year saw 41 reported US shark attacks but none were said to be fatal.

Sharks are dangerous predators but they don't usually go out of their way to attack humans.

Instead, they feed on fish and other marine life like seals.

In other animal news, whales, dolphins and porpoises are facing 'imminent' extinction, according to over 350 experts.

An amateur fisherman has snared the first ever "albino" shark caught off the coast of Britain.

And, scary megalodon sharks that roamed our oceans millions of years ago could grow to over 50 feet, according to a new study.

What do you think of this shark attack? Let us know in the comments…